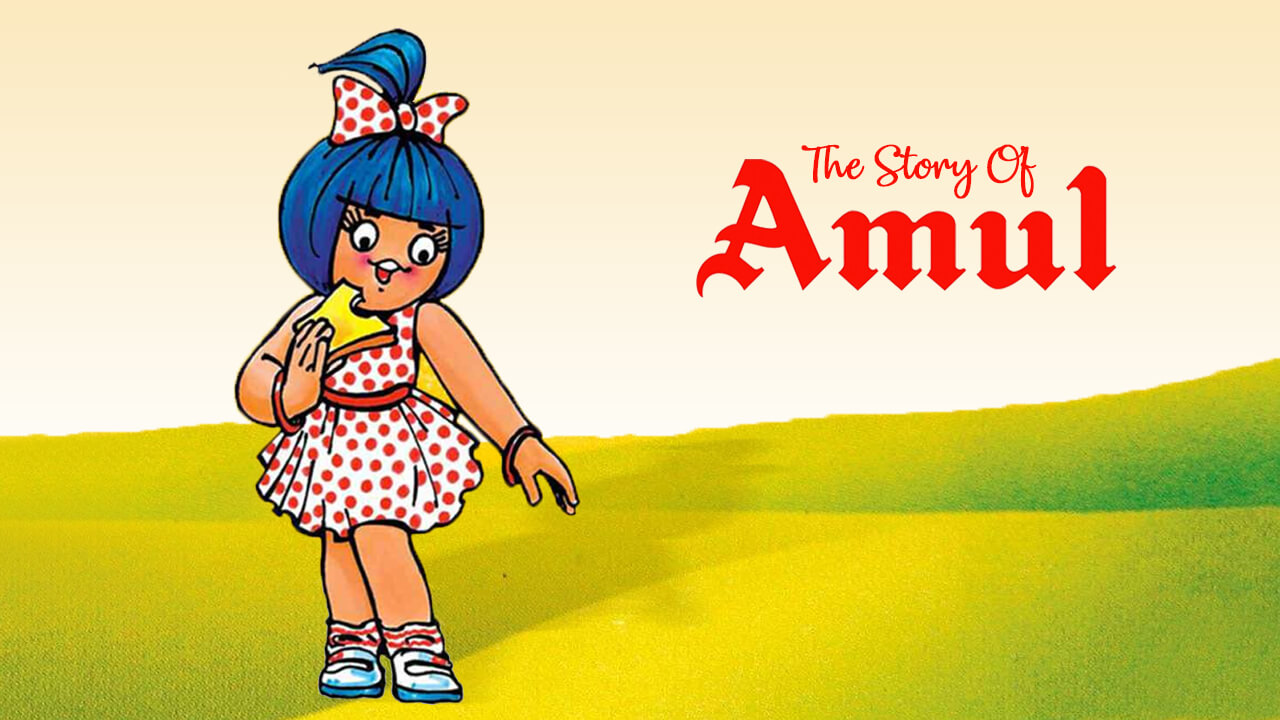 Amul: What Goes Into Making The Taste Of India

We, Indians, are an argumentative lot. However, if I begin by saying that Amul is, indeed, what its tagline suggests, the taste of India; I don’t think anyone would form a make-believe group and start protesting on the streets. There is a reason behind it. From our childhood, this brand has always been synonymous with dairy-related products; be it butter, ghee or the very obvious milk.

Now, in 2018, when the entire ‘Make In India’ and ‘Start-up India’ plans are still in full swing, one should be able to take a journey down the nostalgia train and learn about how this institution came into being. After all, even after all these years, it still remains one of the most successful enterprises ever run on the Indian soil.

As all the good stories go; the story of Amul too began with a confrontation with the status quo. In the Kaira or Kheda district of Gujarat, farmers had to rely on seasonal crops to sustain themselves. Even that was erratic due to the nascent stage of farming back then. Therefore, they were close to starvation every year. The only other bankable source of income was milk, produced from the milch buffaloes raised in the households. This too came with its own set of problems. The entire procurement system, back then, was iron twisted to benefit the contractors and the middlemen. Since milk is a perishable commodity, the choice for the farmers was either to sell their dairy products for a pittance or watch it all to waste.

The Advent Of Bombay Milk Scheme And The Growth Of Amul

This continued for years. Now, in 1945, the Bombay (now Mumbai) Government kick-started the Bombay Milk Scheme, under which milk was to be transferred, after being pasteurised in the Anand district of Gujarat, to the city. The Bombay Government shook hands with Polsons Limited for the daily procurement of milk from Anand to Bombay; even this time around the farmers were dealt an unfair hand. The government was happy, as it was a profitable move.

Polsons secured a nice margin for itself but the farmers were still left under the mercy of milk contractors that procured the milk from them. The grubby hands of the milk contractors kept most of the profit, trickling down a few drops to the farmers, who were the actual backbone of the entire operation. Finally, tired of the injustice the farmers decided to approach Sardar Patel with a deputation to make him aware of their plight.

Sardar Patel advised that the farmers should bypass the milk contractors and create a co-operative on their own, complete with its own pasteurization plant. If they are denied permission to do so, they should go on a strike, he advised. Furthermore, Patel said that if they agree and are ready to bear the brunt of the loss, that they would see during the strike, Sardar Patel, himself, would lead them in this endeavour.

Patel sent his deputy Morarjibhai Desai to see that the co-operative saw the light of the day and to lead if there was a milk strike. As expected, the government denied the demand of the farmers, which led to the pre-planned ‘milk strike.’ As a result of the strike, for 15 days Bombay went without milk, which led to the collapse of the Milk Scheme. The government finally gave in and Amul came into being.

The Significance of Verghese Kurien And Shri Tribhuvandas Patel

Now in 1949, Verghese Kurien was slogging away in the Government Creamery at Anand and was also readying to go back to Bombay as soon as his bond of service ended. However, his friend Shri Tribhuvandas Patel, who was the then Chairman of Amul asked him to stay a few more days to help in their affairs. This became a lifelong delay for Kurien. Patel and Kurien found the third pillar of the cooperative movement in HM Dalaya. The plan was simple – Kurien would assemble equipment and see that the units run smoothly, while also taking care of marketing and external duties; Patel would rally the farmers to create more such cooperative societies and Dalaya would take care of the technical and internal nitty-gritties of the dairy.

H.M. Dalaya was also the man who devised that buffalo milk could be dried into milk powder so that, even if there is an excess it wouldn’t lead to wastage. After Amul soared, Kurien was the man chosen to head the Operation Flood, which aimed at creating nation-wide milk grid earning him the title ‘Father of the White Revolution‘ and also a recipient of the respected Padamshri and Padmabushan awards among several other accolades. This entire episode was also depicted loosely on the silver screen by Shyam Benegal in a movie titled ‘Manthan,’ which means churning.

The Glory For Farmers – A Victory For Amul

How good has Amul done for the farmers, whose cause it aimed to champion, and for itself? Well, according to their financial statements for the financial year of 2016-17, Amul’s turnover reached the highly coveted Rs. 38,000-crore mark. Also, it stated that in the last seven years the company has doubled the procurement prices for the dairy products that it had acquired from the farmers and has managed to up the income of the co-operatives’ dairy farmers to four-fold, a staggering feat in its own merit.

While discussing Amul and its rise to glory, it would be unwise to leave out the Amul Girl, who debuted in 1966 with the tagline ‘Utterly Butterly Delicious’ and has entertained us with her witty diatribe and clever placement of ads with a relevant social message for several decades now. The first outdoor advertisement had the Amul Girl kneeling in a prayer with the slogan “Give us this day our daily bread with Amul Butter” and the ball went rolling. Over the years, this branding tactic has withstood the advent of various forms of advertisement media and still has a brand-connect, which is yet to be seen in any other Indian brand.