[VoxSpace Life] The Magic Of Mayong : The Story Of The Black Magic Capital Of India 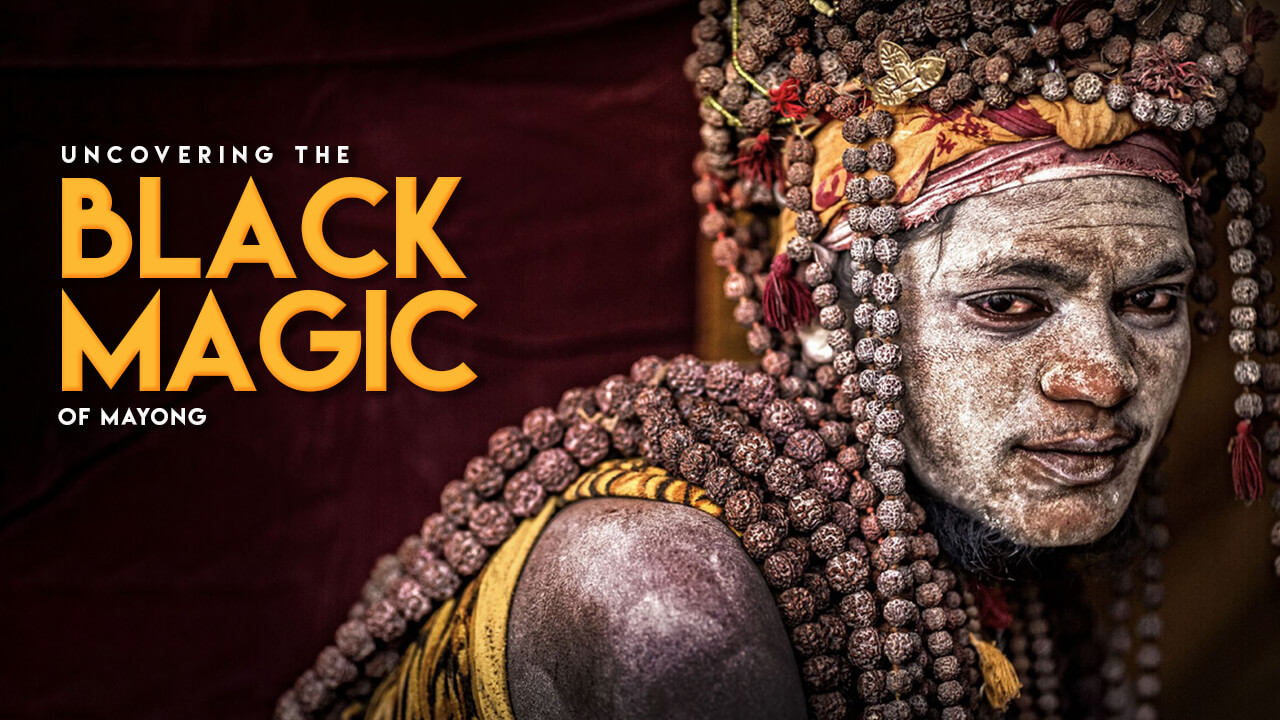 In The Womb Of Modern World Exists Black Magic

Ever since Harry Potter came into existence the world could not get over Hogwarts. What if I were to tell you that Hogwarts does exist in the real world? Not only does it exists, but is also pretty close to us. A 40-kilometre bumpy ride from Guwahati brings you to a village with a mythological history deeper than the Brahmaputra River that runs through it. Mayong or Mayang is also popular as ‘The land of black magic’ or ‘The Black Magic Capital of India’. Who believes in magic and black magic in the 21st century? Well, pretty much everyone in this village. While the rest of the world inherits land, property, traditions and so on, this is not the case with people in Mayong, who proudly inherit the secrets of black magic from their ancestors. It is believed that Mayong got its name from the word ‘MAYA’ which means illusion. There are other theories about it which claim that the word comes from ‘Maa’ meaning mother and ‘Ongo’ meaning part.

Mayong has been historically famous for sorcery and magic and even finds a place in the epic Mahabharata. According to one of the legends, in 1337, Muhammad Shah’s army of 100,000 horsemen perished at the hands of witchcraft near Mayong. It is still believed that the great saints of black magic and the witches take shelter in the Mayong forest. Tales of men disappearing into thin air, taming of the wild beast by the spell, humans being turned into animals, are just a few of the stories that you’ll hear from the local population there.

The Ghosts Of The Past Maketh The World…

All these stories might look like a result of superstition and lack of education but what is surprising is the fact that even educated people from the village swear by the black magic practised in the village. The place is also popular for its museum called The Mayong Central Museum. This museum is home to some of the oldest texts on black magic and it is believed that these scriptures contain mantras that can make somebody absolutely invincible, but people haven’t been able to decode these mantras.

Stories of ghosts and magic have become an inseparable part of Mayong’s folklore and are a part of people’s everyday life. Some people also refer to this place as the land of ‘necromancy’, which holds deep secrets at its core. The people who practice black magic are called ‘Bez’ or ojhaas and are believed to keep ghosts as their assistants. Mayong challenges the idea that black magic is dark and evil. The people of this village believe that this magic can cure diseases, keep beasts away and also keeps away the evil spirit. Stories of back pain being cured by placing a copper plate and chanting some mantra are quite common. People also use magic for the lost and found services here.

If somebody loses something here, the witch doctor places a flower in a metal bowl. If the locals are to be believed then the bowl moves along the ground till it reaches the location of the lost/stolen object. It is also believed that narbali or human sacrifice was practised in Mayong until early modern days. Very recently an excavation revealed swords and spears that resemble the tools of human sacrifice found in other parts of the country.

The Alterations Of Humanity – Where Black Magic Becomes True Magic

While there are a countless number of spells in Mayong and it is believed that by mastering them one can turn a leaf into a fish or an evil man into an animal, but there are certain things that are more powerful than the magic. There is no spell that can control Mother Nature herself and alterations in weather by magic is not possible. It is believed that magic cannot fight against Mother Nature’s fury and therefore there is no spell against the annual flood.

We may have our differences and would even find it difficult to digest black magic as being real, the people of this village are not looking for any validation. Amidst all the speculations of black magic being real or not, the place definitely gives us the feels of a voodoo land. With the mighty Brahmaputra and never-ending tales of ghosts and magic, this place has been a hub for people looking for out-of-the-box adventure. For all the dreamers and believers of magic and miracles, this place is a must visit before the magic dies out.