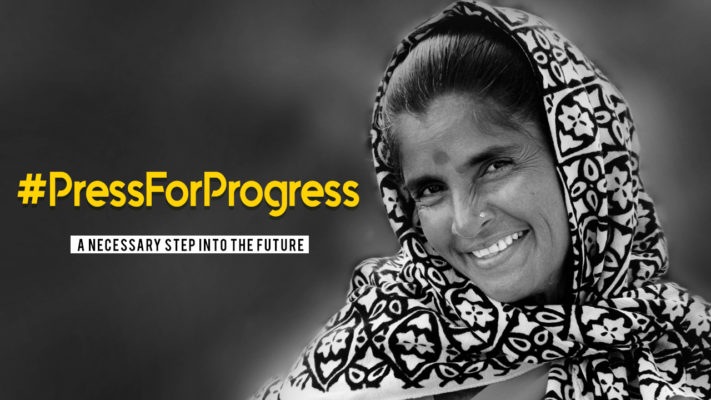 The Promise Of Women’s Day And The Relevance Of Equality

With another International Women’s Day at the door, social media is going to be flushed with people from all walks of life congratulating women on her day. The advertisements, while suffixing a congratulatory message, invite more she-consumers to improve her skin tone and ageing. The numerous web portals are going to share their own understanding of Feminism and equality to collect some web views. And the common woman will breathe through her day while being offered some respect, love, and flowers only to experience the general aspects of gender stereotyping, harassment, unequal pay and patriarchal control for all the days to follow.

The day celebrating women on her socio-economic and political achievements calls out for gender equality. IWD this year is motivating women to press for gender parity, #PressForProgress. The need to relentlessly press for her utmost empowerment comes from the Global Gender Gap Report, 2017 telling us that total gender parity will be achieved by the year 2186. That, I believe is a long time and could be even longer for India since it has a lot of things to take care of by 2186. Therefore, I am here to grab the occasion of Women’s Day to express my bit as I walk you through the history of women in our country to her present.

Women during the early Vedic period cherished equal status with men in all aspects of life. Works by Patanjali and Katyayana suggest that women were educated; Rigveda suggests that women married at an earlier age and were allowed to choose their own husbands (Swayamvar) or get into live-in relationships (Gandharwa Vivah).

Draupadi marrying the Pandavas signalled polyandry matched with polygamy. This was all prevalent till 10th Century A.D.

The Gupta Period (319C.E. – 605 C.E.) had women in administrative and educational roles. They enjoyed co-education during this period.

The Mughal invasion during the medieval times chanced to deteriorate the conditions of women in the country. The invasions like that of Mohammad-bin-Qasim, his killing of Raja Dhir and taking his wife and daughters as sex slaves made Rajputs take up Jauhar or self-immolation of women to prevent being raped by others. The practice of Sati or ostracism of widows thus became prevalent. Purdah also became exceptionally necessary during this period.

Women In The Colonial Era

Women Through The British Rule

Sati was abolished due to British resistance and reformatory acts of Rajaram Mohan Roy in 1829. The Modern India, as written by American writer William Curtis, mentions how women were restricted to their homes, to only be let out with the men of the house while in a ghoonghat or they were not even allowed to be taken to the hospital during illness, to keep themselves from being touched by ‘other men’ or the male doctors. The maternal mortality rate and maternal health was, therefore, a constant concern during this time. Lady Dufferin inspired the formation of women exclusive dispensaries staffed with women doctors and nurses to treat those from illiberal families.

In 1903, there were 264 women to have passed collegiate institutions in the country as compared to 110 in the 1890s. This shows that the Vedic age was trying to repeat itself with women taking a stand for their education.

Women’s Role In The Freedom Movement

Supported by Indian National Congress, the first women’s delegation asked the Secretary of State for political rights for women in 1917. Annie Besant became the first female president of Indian National Congress that year. Independent India was achieved with contributions from a number of women including Kittur Chennamma, Abbaka Rani, Rani Lakshmi Bai, Begum Hazrat Mahal, Kasturba Gandhi, etc. It was understood by now that the men had to stand alongside women in the struggle for freedom.

1 million women and girls claimed of being kidnapped and raped during partition. This was reported much later at the beginning of the 2000’s.

Women In The Post-Independence Era

The 1970’s saw Feminist activism gaining momentum in the country following the Mathura Rape Case. A custodial rape case accusing and later acquitting two policemen of raping a minor Dalit girl, it had instigated protests making the government amend various laws and make custodial rape an offence. The Feminist Activists of India began addressing issues of female infanticide, gender bias and women’s safety, health and security. The 90’s saw many NGOs and self-help groups like SEWA flourishing to play role in the advancement of women rights. The years that followed noted many cases of rape, acid attacks, dowry deaths, honour killings, and female foeticide being reported. This was important for a country like ours where victim shaming and ostracism leads to unreported crimes against women.

There have been persistent allegations of mass rapes in Jammu and Kashmir both by the armed forces and Islamist militant groups. Rapes on civilians by the armed forces haven’t been proven beyond doubt, but there has always been credible evidence to validate the claim. Armed Forces under the protection of Armed Forces (Special Powers) Act have allegedly raped many in Nagaland, Assam and Manipur provinces.

During Godhra Train riots of 2002 and Muzaffarnagar riots of 2013, a number of rapes incurred by rioters were reported. Jat Andolan of February 2016 had many unreported, alleged cases of women being pulled out of their cars and raped on highways around Haryana and Punjab.

The 2017 reckoning of sexual misconduct following allegations of sexual abuse and harassment by Harvey Weinstein had many women of power, talent and art come out and accept being a victim of #MeToo.

Women In This Era Of Progressive Amendments And Constitutional Empowerment

Court Rulings And Constitutional Amendments For Empowering The Gender

2. The Constitution of India promises women Right to Equality, Equal Pay for Equal Work and Equality of Opportunity. It renounces acts of derogatory practices against women and provides to the state to secure just and humane working conditions and maternity relief for her.

4. Custodial Rape was declared a crime.

6. The Government passed a law in 1994 forbidding sex determination of a child in the womb, which is a major cause of female infanticide.

9. The Criminal Law to protect women against rape stands with an exception of marital rape.

10. Law protects women against domestic abuse as per Protection of Women from Domestic Violence Act.

12. The spine numbing Nirbhaya Rape case of 2012 while causing anguish and pain in many made the legal system amend laws with respect to criminal procedure, the act of penetration, minimum punishment, juvenile laws, conviction and compensation.

13. India in 2016 allowed women to be commissioned in a combat role in the Army and Navy.

14. Triple Talaq stands unconstitutional as per the Supreme Court ruling of August 2017.

The timeline of the women of India is an ever-changing scale of growth and decline. I see the reporting of crimes against women as the biggest achievement of all times. I’m sure that the prevalence of the crimes dates back to the Vedic-era, but the fact that the victims are coming out rather than being scared of ostracism at the least addresses the problem. With the Mughal period pushing our ideologies towards misogyny and male superiority, the fact that women came back to fight for their right of education, health, safety and independence is what makes me believe in the year 2186 and its gender parity. You and I sure won’t be alive to witness the supreme day, but I am smiling at the mere possibility of this happening. So yes, Happy Women’s Day.