[VoxSpace Tech] Dear Influencers, Who Are You Duping With Your Tantrums? 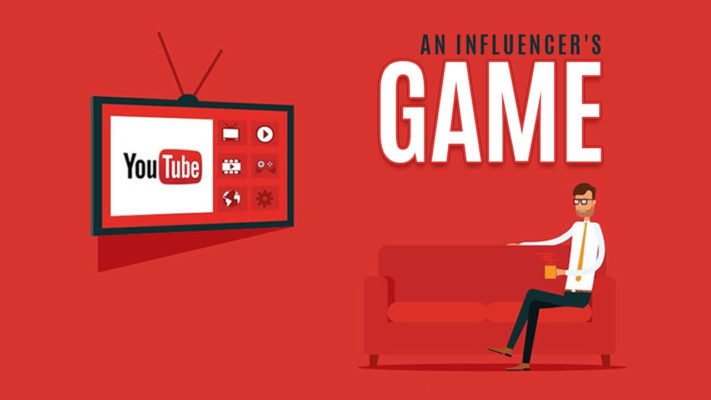 The Age Of Influencers And Reviewers

In a time not so far away, influencers, critics and those, who cut their coat from the same cloth, were a decent group of people. They used to genuinely go to places and talk to people; experience the product and finally give a review. People trusted these reviews because it didn’t come out from the mouths of celebrities. Rather, it was endorsed by ‘one of them’ and, therefore, it was “trustworthy.”

Then slowly the dynamics started to change. With the plethora of Instagram, YouTube, Facebook-bred celebrities, came a tsunami of critics, who just hammed their way into the entire thing.

First, the establishments were a sceptic of the entire deal; after all, a good word never hurts. However, slowly commercialisation reared its ugly head.  People started swapping reviews for money. It was allowed because now that we are online, no one bothers to go to a place that has “2-star” rating on Zomato, where apparently, the food is “Terrible…Just terrible…The management is rude…The staff is uncooperative and the food is atrocious.” Instead, they skim to the “4-star” rating and have a meal that’s “OMG, it’s so good…It’s so good…Everything is amazing just amazing.” We give birth to our own demons. Slowly the influencers turned on the establishments. From emails that read, “Can I have a discount if there’s any available for influencers,” it turned to “I will be there at so and so, please make sure you have a place reserved for my entourage.” The claim is substantiated by the fact that the person is not the one, who has a refined taste buds but 1 million followers on Instagram, 50 thousand on YouTube. How do you say no to that “influencer” and risk the ire of losing so much “potential business.” Now, the key words here are “influencers” and “potential business.” I will present you with three scenarios and you will see how things are in reality.

In my neighbourhood, we have a sweet shop that has been there for the past 80 years. It was started by the owner’s grandfather and he proudly sits at the shops every day.  He wakes up at 6 in the morning and pulls the shutters down at 11 every night. Every time, someone comes in the locality, they buy sweets from his shop; the guests like it and on their way back, they buy some from his shop. We boast to our colleagues that this shop sells the best sweets that you’ll find in the entire state! We take his sweets to the office, to invitations and that’s how his business thrives. In a nutshell, we are the “influencers” and we are giving him present and “potential business.” His cost in the entire scenario is not even a single dime. This is organic business and latent influencing, which takes time to build and years to corrode, even if his quality falls.

Now, let’s say you are hungry. You breeze through Zomato and pick up a restaurant to go to. Now, in an Indian community, there are three parameters to choose an eatery and these are quality, price and quantity. While browsing through the entire list, you find one that suits your needs and then you go and have a meal. You like it and then you decide that you should put in a good word; thus you write a review. In this way, you are an accidental influencer and that’s business via discovery. He is not investing a single dime, but he’s getting reviews out of goodwill and service.

The last but not the least is that someone opens a store; he doesn’t have the patience for either discovery or organic reputation. He ropes in a social media influencer and strikes a deal. Now, the review ratings are skewed to his side. So, let’s say he’s serving a “2-star” meal but the influencers, who come with social validation, are giving him a “5-star rating,” while you and me, who lazily put in one review once in a blue moon are giving him a “1-star rating.” Through permutation and combination, he gets a “3-star rating” and that goes on for three years till the real rating takes over. Why did I present these three scenarios? In all these scenarios, the real rating is the one that comes out in the end. Sooner or later, a business is a marathon and not a sprint. So, unless a business plans to run for three years and then close shop, it wouldn’t survive; no matter the influencer’s interference of good ratings.  A symbiotic relationship at its best gives birth to chaos.

What happens in between is a messy affair? The influencers end up blackmailing the establishments. The establishments end up retaliating and social drama ensues. However, at the very end, we are left with the golden words that will go on no matter what, “Ye jo public hai sab jaanti hai”.