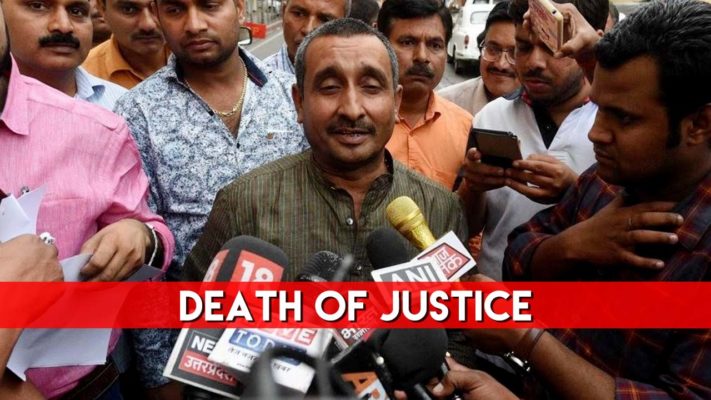 A girl’s accusations of gang rape against a BJP legislator has evolved into a massive bone of contention in Yogi governed Uttar Pradesh. The 18-year-old girl alleged that she was raped by Kuldeep Singh Sengar and his brothers in June last year. She also accused the Unnao police of not registering her case or filing an FIR. Along with her family, the girl had been trying to seek justice for her but all their efforts were thwarted time and again until this month.

The case sent sparks flying when the girl’s father died in police custody on 9th of April. It appears that the girl’ father was beaten up by the BJP MLA’s brother and some of his accomplices a few days ago. Later he was arrested on the 8th of April for protesting outside Adityanath’s residence, where the victim had tried to set herself on fire alleging police inaction in her case. According to the police the father died of “shock and septicemia”. The girl, on the other hand, says her father was brutally beaten up while in jail. The postmortem report of the deceased listed multiple abrasions near abdomen, buttocks, thighs, above and below knee joints and arms, bringing the count up to 14! However, it said that blood poisoning due to perforation of the colon was the cause of death. SP Chaudhary, Chief Medical Officer of Unnao, said it was probable that the man was attacked in jail. The police didn’t deny the fact that he was beaten up in jail and even suspended the six officials involved while four of them were arrested.

Atul Singh, brother of Kuldeep Singh was arrested on 10th April 2018 on charges of beating the girl’s father to death in police custody. The arrest was made in Kanpur, based on the orders of the Director General of Police (DGP).

“Arrest the rapist or I’ll kill myself. The BJP MLA should be arrested, and until he is not, I am not going back home. I will take my life otherwise. I was threatened that if I tell anyone my family members will be killed and thrown away”, the girl told the media.

Following the course of events, the Uttar Pradesh Police on Tuesday put together a Special Investigation Team (SIT) to the handle the Unnao gang rape case and the subsequent death of the victim’s father. ADG (Law and Order) Anand Kumar said, “The SIT will go into the entire gamut of issues involved in the incident.” at a conference in Lucknow after the MLA’s brother was arrested in Unnao. Yogi Adityanath himself directed the UP Home Department to ensure that the SIT visits Unnao on Wednesday and submits its first report by the evening, reported news agency ANI. 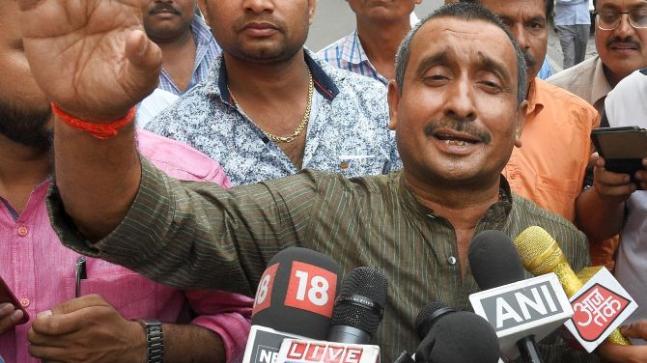 A Common String of Fate

While the case of the 18-year-old now has a proper investigation on course, were all the hardships she faced including the loss of her beloved father normal or quotidian for an apparent rape victim? Though she wasn’t from a well-to-do family, does that give powerful people like an MLA to rape her without consequences?

If her case seems to be an exception in India, it, unfortunately, is not. Many rape survivors share a similar fate to this 18-year-old. Some don’t live long enough to see their assailants being punished whilst some lived their lives looking at their aggressors roam the streets freely.

“Five years ago, Indians shocked by the brutality of gang rape in Delhi called for an end to the silence around sexual violence and demanded criminal justice reforms. Today there are stronger laws and policies, but much remains to be done to ensure that the police, doctors, and the courts treat survivors with dignity,” said Meenakshi Ganguly, South Asia director at Human Rights Watch.

The Lack of Fairness

The lack of a proper witness protection law in India makes rape victims and witnesses prone and open to the pressure that sabotages prosecutions. For instance, Khap Panchayats, unofficial village caste councils, pressure Dalit and other “low-caste” families not to file a criminal case or to change their testimony if the accused belongs to a dominant caste or yields some kind of power in their eyes.

“Reporting rape should not contribute to the victim’s nightmare,” Ganguly said. “It takes time to change mindsets, but the Indian government should ensure medical, counselling, and legal support to victims and their families, and at the same time do more to sensitize police officers, judicial officials, and medical professionals on the proper handling of sexual violence cases.”

Related posts:
[VoxSpace Life] 'End Of The Reason Sale' - A Tale Of Yesteryear?
Anna Kendrick Makes A Real Good Pitch To Become The Next Robin/Batman..!
[VoxSpace Selects] “Fan Wars” – The Pinnacle Of Regression