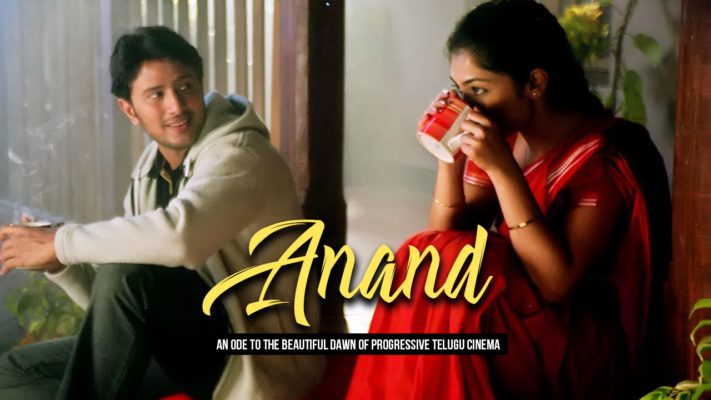 One can confidently say that the Telugu Film Industry is currently going through one of its most glorious times. The wave, that new-age indie movies are creating, is not only taking the critics by surprise but, is also getting an overwhelming response from the Box Office. Wait… what’s an Indie movie? Is it necessary to sound so profound when describing a trend in the movie industry? Indie movie is a small independent project that does not belong to any major film company/production house or in simple terms, alternative/parallel cinema that stands apart from the mainstream cinema. And yes, it is necessary to talk about the role of such movies in Telugu Film industry as they are defining a new path for the next generation of films. One such movie to talk about is Anand.

The Word Is ‘Connect’ 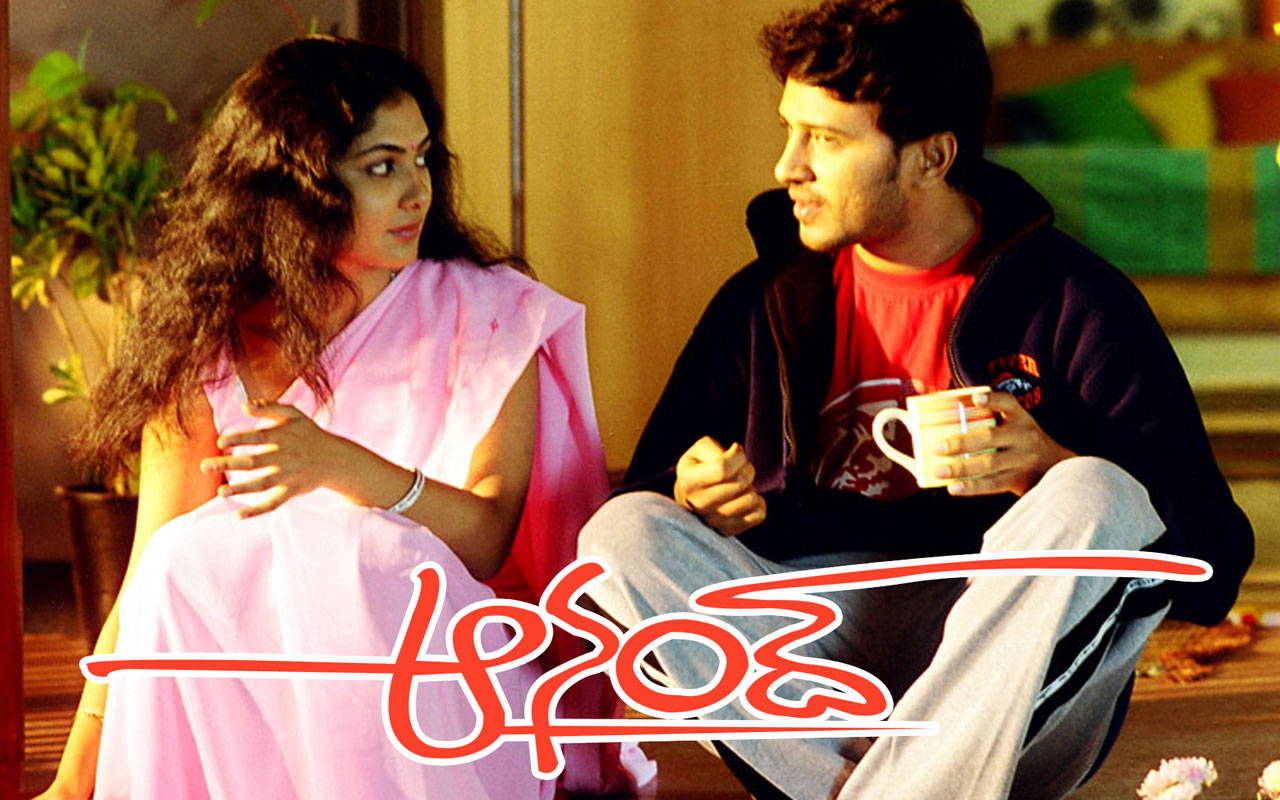 If you take a look at the recent past, barring SS Rajamouli’s Baahubali, it was the small films that shook and woke the industry from its slumber. From Kshanam, Pellichoopulu, Ghazi, Arjun Reddy to the recent Awe! or Goodachari, the doors widened for some authentic storytelling. But, if you ask me, I’d say this momentum started way back in the early 2000s. Yes, Aithe was a potential opener (I consider it as a separate chapter that we’d later discuss) in the game, but the classy innings that stands as the game changer was Anand by Shekhar Kammula. If you ask me, this was a movie that brought storytelling closer to the audience. This generation began to experience movies that they could ‘connect’ with. The imperative word being ‘connect.’

A simple story of payback as an act of redemption was like untying a knot off a soft cotton thread. Shekhar Kammula lured the audience with his screenplay, describing it as a ‘manchi coffee lanti cinema’. He chose to give the audience a feeling that watching his movie was like experiencing a cool breeze sitting on the terrace or watching a lovely sunset with a cup of hot coffee.

His characters, ‘Anand’ and ‘Roopa’ were closer to us. They began to question the individual in you. They carried ideologies and had motives. They had traits and conflicts in their personalities, similar to any middle-class individual. When was the last time we came across such characters? By this I do not demean the existence of ‘great characters’, but they were like ‘Neelambari’ from Narasimha (Padayappa) or ‘Indra Sena Reddy’ from Indra. Great characters but more on the superficial side. ‘Balu’ from Tholiprema, ‘Madhumathi’ from Kushi or ‘Hasini’ from Bommarillu were a few characters who were close enough, but yet were part of mainstream cinema. It was with Anand and Roopa, a personal connection to characters started to grow.

The Magic Of Roopa!

With every new generation, we are evolving as humans. Earlier in the 90s, at least in the middle class (which forms the major chunk in the society), feminism, though existed, was an alien term. Before a girl could even discover about herself, she would be married and her opportunities to find or explore herself were sealed. But, Roopa was the first character in the millennium age Telugu cinema who questioned individuality and independence. After losing her parents at a very young age, like any aspiring individual, she grows up to be a proud woman leading an independent life of her choice. The conflict of the movie arises at a crucial junction where the would-be mother-in-law doesn’t approve of her choice to wear her mother’s saree for the wedding. How do you even explain such a scenario that speaks so deeply about individual choices and independence one is entitled to have?

Through Roopa, Kammula re-defined and neatly explained feminism on the blackboard like a sweet Social Studies teacher. Usually, there are two best ways to win your audience. Either show them something spectacular that they do not usually experience in normal life or simply connect to them and caress their hearts. Even the character of Anand had no heavy dose of emotion to carry. All he wanted was to seek redemption for the mistake his father made. And he just does it so smartly.

The Character Study In Anand

As a character study, the reason we could probably connect with these two characters is showing them as mere humans. You see, no human is perfect. Robert Mckee in his famous book ‘Story’ mentions that the more flaws your protagonist has, the closer he will get to the audience. Arjun Reddy being a classic example of the same.

Likewise, Roopa and Anand were imperfect and flawed in their own ways, but together they showed an arch which was inspiring. Roopa is bold with her choices but also breaks down over her impulsive decisions. On the other hand, Anand doesn’t shy away from any opportunity that can get him close to Roopa, especially when she breaks up with her boyfriend. Much like what we all are more or less. A perfect see-saw needed in a relationship. A certain give and take. Roopa’s vocal arrogance met with Anand’s docile resistance.

Roopa was a true depiction of the simple middle-class character. Even a trivial thing such as a repair to her Activa formed part of the story. Her concern for the chunni used by Anand while repairing the Activa formed a hook in the story.

Amidst the fancy glamourous characters that dominated the Telugu cinema for a while, Roopa was a symbol of progressive feminism. She stood firm when she calls off her wedding but doesn’t break loose after it. Even towards the end while expressing her love for Anand to Anand’s mom, she only says that Anand makes her life brighter but never sobs that she can’t live without him.

These characters were not out of the blue, they very much existed partly in most of us. They were well etched and perhaps showed a better way to live in these times. The way the director showed his characters failing and later excelling and ultimately finding their lives proves the immense grip Shekhar Kammula possesses over his storytelling abilities. If Anand was Shekhar Kammula’s passionate coffee mug, Roopa was his manchi coffee in it. Even from the auto driver in the colony to the character of Anita, grandma and kids, none seemed a stranger to us. Everyone blended very smoothly into the story.

The Story Told By The Music

Ultimately the music, it completed a perfect frame for this beautifully weaved movie. There is a peculiar way that the music of this film stands apart. As the film itself, the music is very progressive in its lyrics and the music deep-rooted in classical. A perfect classical fusion, much like Roopa. Anand is the vibrancy of the music to include newness in traditional orchestration. As Anand walks into Roopa’s life, an ease of instruments, depending more on guitar chords and jazz emerges, and as their world interwinds, a progressive rock becomes the underlying of a traditional piece. From Vache Vache Nalla Mabbullara… to Yamuna Theeram… to Charumathi I love You… do you see the arch?

The Struggle Behind It

It was definitely not a cake walk for Shekhar Kammula to materialise this movie. In spite of winning great accolades for his first movie Dollar Dreams, it took 4 years for Shekhar to come up with his second venture, Anand. And this was the first time NFDC (National Film Development Corporation) came forward to fund a Telugu cinema that was struggling to see the day.

The struggle was rewarded with Anand grabbing 6 Nandi Awards including the Best Director for Shekhar Kammula and the Best Actress for Kamalinee Mukherjee.

Anand will always be considered as the movie that changed perspectives for new-age Telugu audience to watch a cinema. It was the first movie in millennium age of Telugu cinema that the audience took home something with them.

(With inputs from Siddharth Naidu)