[VoxSpace Selects] The Evolution Of Paul Thomas Anderson : Part One 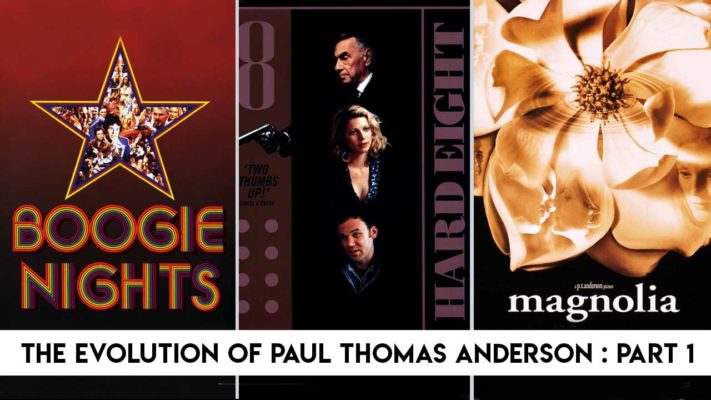 The Birth Of An Auteur

Paul Thomas Anderson is one of those film-makers whose career I have followed very closely. His Magnolia happens to be my favourite film ever made. Ever since then, I have watched everything he has ever made. So, one day as I was going through his filmography, a pattern emerged, which is what I want to touch upon in this article. I noticed 4 distinct phases in his filmmaking style, let me explain.

Phase One: The Student

Having grown up in LA, Paul Thomas Anderson decided at a very young age that he wanted to be a film-maker. At the young age of 5, he started making shorts using his 8 mm camera. While he was still in high school, at the age of 17, he made his first film. It was a 30-minute-long mockumentary about a porn star called The Dirk Diggler Story. Once he was done with high school, rather than studying in a film school, he chose to study English literature for a couple of semesters and moved on to work as a production assistant in various television films.

With the experience that he had gained, he made his first professional short film called Cigarettes & Coffee. He cast Phillip Baker Hall in the film, who would go on to become one of his frequent collaborators. The film tells the story of five people connected through a 20-dollar bill. What you could see this early in his career is his penchant for extremely perceptive dialogues and ensemble staging.

Now that he had proven to the world that he was a great filmmaker, he went to Sundance to try his luck.

While at the Sundance Feature Film Program, he struck a deal with Rysher Entertainment to direct his first feature, which at the time was called Sydney and was later retitled to Hard Eight. It seemed like he had everything- from the brilliant Sam Jackson to Gwyneth Paltrow to John C Riley and to his favourite Phillip Baker Hall. He even got the opportunity to work with the veteran DOP Robert Elswit. The only problem was that the studio did not understand his vision. They re-edited the film and renamed it Hard Eight.

Being the auteur that he is, he could not stand it. He sent his version of the movie to Cannes and it was picked up in the “Un Certain Regard” category. His gamble paid off and he managed to get his original cut released with just one compromise, the name. It was still called Hard Eight.

Now that Paul Thomas Anderson had the skill and the knowledge of the filmmaking business, he went back to his writing table. Here the genesis of his true style began. While you can see his artistic flourishes in Hard Eight, Boogie Nights was the movie where he fully unleashed his true self. He went back to his student film The Dirk Diggler, to rework it and make it a true rags-to-riches story set in the porn industry of the 70s. With New Line Cinema backing him and his new-found critical acclaim, he really went all out and made this sprawling epic that spanned over a decade, telling the stories of several tragic characters.

He started employing the techniques that he learnt from his masters like Max Ophuls, Martin Scorsese and Robert Altman. From Max Ophuls, he takes the idea of introducing a lot of characters in a short span of time. He uses musical montages to jump in time like Scorsese. And stages a vast number of characters in the same room, as the cameras jumps from one character to the other, as Robert Altman did. The film went on to be a commercial and critical success, which cemented his name as one of the best-emerging filmmakers.

The next film, in his own words, was going to be his magnum opus, Magnolia. It was a film about several characters, living in LA, dealing with varying levels of guilt, in a span of a day. He did not stray away from his style but improved on it. Packed with symbolism and dealing with themes like loss, guilt, betrayal, love, revenge and co-incidence, he truly created a masterpiece that took him to new heights.

Paul Thomas Anderson works with his frequent collaborators like Julianne Moore, Phillip Seymour Hoffman, John C Rielly, William H Macy, etc. to create a portrait of a city in decay, just before its rebirth. He also manages to get Tom Cruise to give his greatest performance ever. 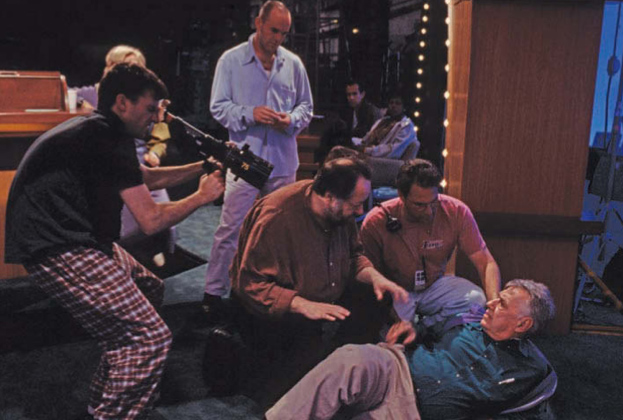 Now that he had exhausted his love for his masters and emulating their style, he wanted to set out on his own path. He would take his first step towards it with the help of Adam Sandler and then move on to work with greats such as Daniel Day-Lewis.