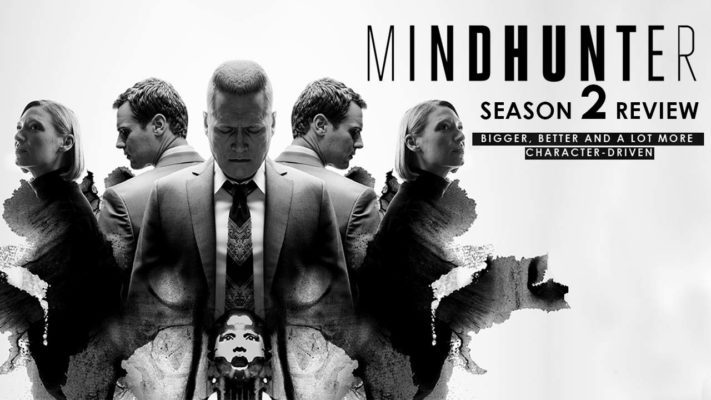 Not Just Another Serial Killer Of The Week Show :

I was first introduced to David Fincher’s brilliance when I watched his super slick Oscar-winning biopic ‘The Social Network’. Ever since then, I have watched and marveled any project he has even tangentially been involved in. He always has this way of completely immersing a viewer in a story and bringing and adapting himself to any new innovations in the market. He was one of the first people to go fully digital, he was one of the first people to work with Netflix to create ‘House of Cards’ and so on. So, I was obviously excited about the announcement of Mindhunter. I was absolutely right to be excited; it was one of the most exciting, slick and absorbing shows to ever stream on Netflix. Now that show is coming out with its long-awaited second season, let’s see how it is.

A Look Into The Behavioural Science Unit (BSU)

Mindhunter is a show that follows a group of FBI agents who work as a part of the Behavioural Sciences Unit in the 1970’s at Quantico. Their work involves, going around the country to interview infamous serial killers to get a deeper understanding of their state of mind so that they can build a profile, which could help prevent such crimes in the future. The second season mainly concentrates on Atlanta Child murders that shook the nation in the late 70’s.

Putting A Face To The Monster

Ever since the show first aired, the creators have been pretty good at not making Mindhunter just another run of the mill, serial killer of the week kind of show. The show mainly two things very well. One, by putting these serial killers in front of these agents, it lets us understand in the most clinical way, the state of mind or narcissism in most cases that would lead to acts like these. When we are put face to face with a killer, he is no more a faceless, nameless monster. Now that there is face attached to the monstrosity, we are forced to confront the fact that he is human and there has to be a reason he is that way.

Secondly, the show’s narrative is very character-driven. While we meet all these infamous serial killers, they are there only to help tell the story of our leads and never the other way around. For example, Bill Tench who has a lot more to do in this season, because of a particular issue with his son. When I first learned about the situation with his son and the neighborhood kids, I thought it was clever. But I was really blown away by the way the writers connected it back to their visit to Charles Manson and Tench’s world view. Or take Wendy Carr’s arc this season, about how her mechanical and academic view towards everything affects her personal life with her newfound girlfriend.

This season has to be especially commended for its casting. The principle cast returns ad they excel in their respective roles. Ed Kemper returns for a brief cameo, and he is as brilliant as ever. But I wanted to talk two new characters that were cast brilliantly. Firstly, the selling point of the show, Charles Manson. Damon Herriman as Charles Manson lights up the screen in his short but extremely memorable turn as the psychotic messiah from hell. Secondly, Michael Carveris as the group’s new director plays the character in such mysterious ways to start with, but by the end becomes one of the most likable characters on screen. The music and visuals this season have been top-notch as usual. Jason Hill as always send shivers down your spine with his haunting music. Andrew Dominic and Carl Franklin are welcome assets to the director’s pool this time.

On the whole Mindhunter still continues to be one of the most stylish, slick, informative and satisfying dramas out there. Do check it out. It’s the best Netflix has to offer this month.