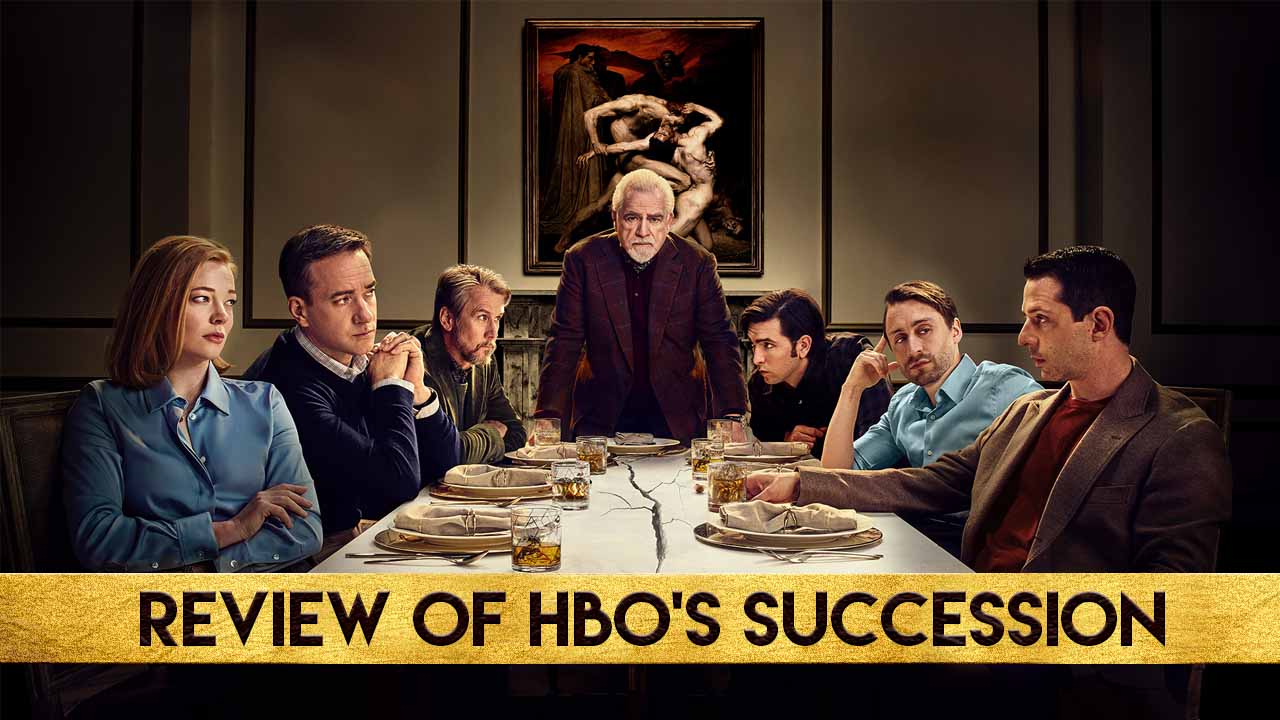 Ever since Game of Thrones ended, there has been a real vacuum for a show about privileged people plotting and scheming against each other, regarding who is the most ruthless heartless person on earth. While Game Of thrones operated from a fantasy world, here Jesse Armstrong brings that to the present and sets it in New York. Succession follows the inner workings of the media conglomerate Waystar Royco which is mostly a family run business of the Roy family. It is a deliciously demented show that I can best describe as Wolf of Wall Street Meets Game of Thrones. The show just finished its brilliant second season and I wanted to talk about it.

A Sneakpeak Into The World

To give a little introduction to those who aren’t familiar with this criminally underrated show. At the beginning of the show, Logan Roy, the patriarch of the Roy family/CEO of Waystar Royco suffers a serious health complication. The word spreads that maybe he is not fit for the job and is deteriorating in his health. Hence, his children and the senior management pounce in at the opportunity to fill the spot. Little do they know that Logan Roy still has a lot of fight left in him. As the season plays out, we see and learn about the various issues hiding in plain sight coming to the forefront.

The show contains a lot of real-world parallels to families like the Redstones, the Windsors, the Murdochs and obviously the Trumps. In the two seasons of the show that revels in its own absurdity, what it gets absolutely spot on is the absolute lack of empathy of the characters for anyone that is not them. This clearly stems from the privileged upbringing they had and the amount of entitlement that has been inculcated into them by not only their family but inadvertently form the rest of the world too. If by now, you are sold by what the show can offer and haven’t watched it yet, please stop reading from here. With the rest of the article, I am going to get into major spoilers about both the new season and that explosive finale.

While the last season was all about Kendall’s attempts to snatch the company away from his dad Logan, which ends in the most spectacular emasculation of a man ever seen on Tv. This season can be split into two parts. The former concentrates on Waystar trying to buy its competitor and political opposing media company Pierce. The latter concentrates on the death cruise controversy which has basically become an existential threat to the whole company. While keeping the complexity of the characters in the show in mind, I find it logical to concentrate on each of the principal character arcs separately.

Frank and Gerri: The Most Expensive and Twisted “Babysitters”

While Frank had a lot to do last season, helping Kendall to usurp his dad’s company. This season he is kind of sidestepped. His betrayal is in no way overlooked, but his loyalty for all these years is rewarded by him being allowed to babysit Roman. HAHA. Gerri has a meatier role this season again regarding Roman. There is this weirdly abusive and oedipal relationship that forms between them, which is absolutely fascinating to watch on screen. We get a clearer understanding of Roman’s fetishes, which strangely makes him a lot more endearing and empathetic as a character. But the perpetually overlooked place holder of Royco Waystar has been given her due this season, which I hope continues into the next.

Marcia Roy: All but Brushed Under the Rug.

Marcia Roy played by the great Hiam Abbas is all but brushed under the rug this season. While in the last season, she was one of the key players in the game. Logan coming back into his own has pushed her aside. I was slightly disappointed by her role this season. But on the other hand, it could be a really cool representation of what happens to a trophy wife once the man loses interest in her. It is a sad truth that you can clearly see in the outbursts in the dinner scene and the confrontation with Rhea. You can see a desperate woman trying to hold on to what she thinks is her, slipping away from her inch by inch. The saddest thing was that she was literally excluded from the last episode and hence not even involved in making the most important decision in the family.

Connor And Willa: The Broadway Disaster.

Undoubtedly, the dumbest member of the family, Connor and his wannabe actress trophy wife, Willa get an interesting arc in this season. Connor, due to his own bloated sense of self and a basic misunderstanding of politics in the 21st century, gets it in his head that he can run for president and even win. His wife, who was a lot more grounded in the earlier season, now thinks she can kickstart her acting career by writing and acting in Broadway show, with Connor’s money. Obviously, they both fail at their respective tasks. The show tanks with abysmal reviews and Connor doesn’t get the foothold nor the capital to stage a presidential run. While this was not an essential arc for the show, I loved the not so subtle jabs at the first couple in the Whitehouse right now. One of my favorite moments comes from Connor, when he nonchalantly asks for, “A little 100 mil”, from his dad to float Willa’s show. The reaction from Logan was just priceless.

Rhea and The Pierce Family: A Match Made in Hell.

The first half of the season mainly concentrated on the deal between the Pierce Family and Logan Roy. Though the deal falls through, we get a really interesting but conflicted character through Rhea Jarrell. Rhea, who plans to take over the company as CEO hilariously undercut by the total lack of morals from the Roys. I am assuming that she is going to have a huge role in what happens in the next season due to Kendall’s last-minute decision in the finale.

Greg and Tom: The Bumbling Patsies

While in the last season, we were hinted at the death cruise controversy. The latter part of this season really starts to concentrate on it. Greg, the always bumbling cousin still holds his own in the ever-complicating plot of this season. He has learned well to always watch his back. He still has proof to save him from the controversy, but we will have to see what he does next. Tom, as usual, is conflicted between his love for his wife and the company he thinks he can run. In this season, we see him coming on to his own also inadvertently putting Shiv in a very complicated spot. I especially loved Greg and Tom’s surprised faces when they are chosen to be the face of the controversy. Greg Sprinkles, HAHA, What a phrase?

Shiv and Roman: The Heirs Apparent.

Shiv and Roman get very rounded arcs in this season. Shiv is used by Logan to get the Pierces to sign the deal because of her liberal political history. The problem comes when Shiv oversteps her boundaries and is thrown to the curb by Logan. She somehow claws her way back into his good graces using the cruise controversy. Her trying to dissuade the victim from testifying is one of the most interesting scenes in the whole season. Roman, who was being chaperoned around by Frank comes into his own due to the terrorist scare. At this point, he seems like the most trusted ally to Logan in the upcoming war with his other son. As always, he had the best quotes of this season.

Logan And Kendall: A David And Goliath Fight For The Ages.

This was the most complicated and interesting storyline of the season. The last we saw of Kendall; he was superbly played by his extremely shrewd dad. He had basically removed his balls and paraded around the world as a loser. Over the course of the season, we see him slowly trying to be a better person. But when he sees how easily his dad would throw him overboard. He retaliates by throwing the whole company overboard. Can’t wait to see, what his next course of action. While he is very determined to undermine his dad, I don’t see what cards he has to play against him. That smile in the last scene from Logan is one of the most impressive bits of acting I have ever seen on TV.

Overall, this season upped the game with new schemes and plans. The finale takes the show to new heights and leaves us with so many new angles to explore. I thought that the fight for succession could get tiring, but the writers found a way to make it even more interesting. The third season cannot return sooner and I absolutely on board for whatever diabolical shenanigans the writer shave in mind for the next season