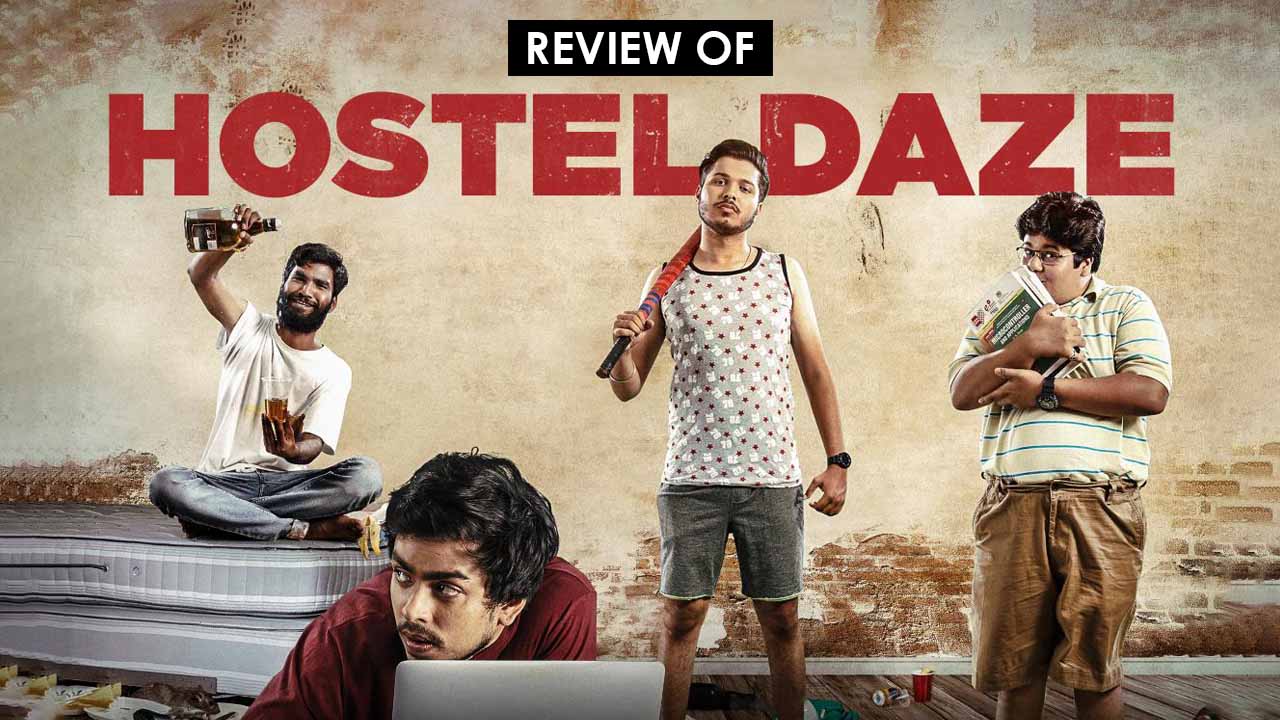 The Viral Fever (TVF) Growing From Strength To Strength

Currently, we are in a time wherein people love the content which is coming out on webspace. We have some amazing international web shows that have found a massive fan following in India. Hence, we know that the audience in India is pretty receptive and eager to watch good homegrown web content. And the veteran player of this arena, The Viral Fever (TVF) has somehow cracked the formula of exactly understanding what kind of shows will work and why. Over the past few years, TVF has been producing various shows, most of which have become instant hits, while some have even created a cultural phenomenon. It can be said that TVF was the pioneer of web-series in India with two of the biggest and most successful hit series, Permanent Roommates and Pitchers. Since then TVF has been consistently creating various hit web series like Tripling, Humorously Yours, Bachelors, etc.

This year though TVF exceeded its own standards by creating India’s first black and white web series Kota Factory, which is a huge hit among both, the audience and the critics, for its exclusivity and uniqueness. Kota Factory, created by Saurabh Khanna and directed by Raghav Subbu is made beautifully and with absolute precision showing us the story of IIT aspirants. After the huge success of Kota Factory, the makers of the same have come up with another series titled Hostel Daze which released on Amazon Prime a few days back. After watching the trailer, I was eagerly waiting for this show, and when I started watching it, I couldn’t stop myself from binge-watching all the episodes of it. Let’s delve deep into the world of Hostel Daze and understand why this show works very well and is a must-watch.

A Relatable And Familiar Premise

As the title suggests, Hostel Daze takes us into a known world of a hostel and its unknown and unique specimen (that is the best way one can address these unique beings). Two first-year students, Chirag Bansal (Luv) and Rupesh Bhati (Shubham Gaur) enter the hostel and are given a taste of this world by the mysteriously popular guy Jhantoo (played by Nikhil Vijay). These two are later joined by Ankit Pandey (played by Adarsh Gaurav), who ends up becoming Jhantoo’s roommate. From here on, begins the journey of these three students who have various motivations to achieve, ranging from trying to escape from ragging, understanding the culture of the hostel to getting a girlfriend, becoming popular and scoring high grades etc. We then get to meet other interesting characters, like some seniors, other batch mates, lecturers and some staff members over the course of the show.

More than a story, this series comprises of various anecdotes, aimed to bring back the old memories of one’s experiences in the hostel. Although, there is an overall story that progresses slowly, it isn’t the main focal point. This series is predominantly made like a sitcom, wherein the well-defined characters have to tackle different situations in every episode, and the conflicts raised from these situations are mostly solved by the end of the episode.

The biggest advantage this series has, is the characters, which is the main driving force of the series; they look and behave like people we might have come across or heard about, during our college days. Hence, the behavior and actions of these characters look believable and relatable at the same time.

Sharp Writing Does The Trick

The series relies heavily on humour, therefore the jokes and the punches need to be on point and written well. That’s where the expertise of writers Saurabh Khanna and Abhishek Yadav comes into the play, who make sure that the tempo of the show never dips, with some brilliantly written scenes and witty dialogues. To begin with, they have defined and fleshed out the characters well, and then have added a nuanced detailing to them, such that after a point we start understanding the thought process of these characters and can easily differentiate between them. For example, the character of Rupesh has his own set of ideologies and the way he behaves, is different from everyone but at the same time, he makes absolute sense in the way he talks.

The makers choose to go with an unusual narrative, wherein we get to meet a new character every episode who takes us through the journey of these students and gives us an interpersonal commentary by breaking the fourth wall. And what I really like is the actors who have been cast for these roles. All the stalwarts and regulars of TVF make an appearance and add gravitas to the narration, making the anecdotal stories more personal and entertaining.

TVF has produced some brilliant actors like Jitendra Kumar, Nidhi Bisht, Biswapati Sarkar, Akanksha Thakur, etc, who has amazed and entertained us with their outstanding acting skills over the years. Continuing the same norm, Hostel Daze features some incredibly talented actors who are so good that they will surely be the next lot of acting superstars.

Adarsh Gaurav plays the character of Ankit Pandey through whom we see the world of Hostel Daze. Adarsh makes us truly believe in the internal conflicts and issues that Ankit faces and accurately depicts the constant need for validation that he seeks. Luv does an amazing job of showing us the world of a nerd student and his priorities and adds innocence to Chirag Bansal with the utmost ease. Shubham Gaur is just superb as this Haryanvi motor-mouthed Jatt Rupesh Bhati. The way Shubham delivers the dialogues and the punch lines is a treat to watch and his comic timing is on point all the time. I really liked his dialogues, most of which had this local slang and context to it, making it super funny.

The talent of the year Ranjan Raj, the ever-reliable Ahsaas Channa, and the YouTube star from the south, Harsha Chemudu make us feel their presence whenever they appear on the screen and takes the narrative forward with their capable skill set. Special mention to Ayushi Gupta, who is super impressive as Nabomita Bharadwaj and an amazing actor who showcases the magnificent talent that she possesses. She is definitely someone to look out for as she is bound to grow and give some stellar performances.

The Talent That We Need To Nurture

The biggest star of Hostel Daze though has to be Nikhil Vijay. What an unbelievable talent he is! He plays the character of Jhantoo, who is an unpredictable person and doesn’t believe in following rules and regulations of any sort. Nikhil Vijay nails the character of Jhantoo and single-handedly carries most of the scenes. The way Nikhil gets into the mental zone of Jhantoo and astonishes us with his sense of unprecedented behavior; it’s pretty clear how secured he is of his marvelous talent. He steals the show on many occasions with his excellent dialogue delivery and strong screen presence. I was shocked to see the amount of confidence he exudes in some scenes.

For example, in a scene, Jhantoo is lying naked in front of a laptop and is enjoying his own company in full glory. Nikhil Vijay is splendid in this scene and shows the range of talent he has in him. He is a talent that we have to nurture as we get such gems rarely. I have genuinely run out of adjectives to describe the kind of skill set Nikhil Vijay has.

The team of Hostel Daze goes all out in almost every department and the hard work they put in transforms beautifully into the final product. To begin with, the cinematography by Bibartan Ghosh is purely magical. The first scene is one lengthy single shot, which takes us through the hostel and establishes the tone of what we are going to experience. The way it’s shot looks quite difficult to pull off, but they do it with the utmost ease. Apart from this, there are many scenes wherein they opt to go with unconventional and innovative methods that give us a fresh outlook. The colours which are used in the frame make the whole scene lively and subconsciously tells us the mood of the characters.

The cinematography is very well complimented by the production designer Viveka Rachel Banja and the costume designer Shruti Wadetiwar, who create a perfect set up which makes everything look authentic and real. These three together work in sync and give an aesthetic pleasure overall. Amit Kulkarni impresses with his editing as well, throughout the series. He understands how important the length of the scenes is and puts a lot of thought into the same.

Vaibhav Bundhoo, a musical genius, once again creates magic with a wonderful soundtrack. There are many songs in the series which elevate the scenes and that helps us in understanding the emotions involved in a better manner. The amount of understanding and control he has of the craft, it’s just satisfactory to see his brilliant work.

The captain of the ship, Raghav Subbu (who has a very witty Instagram handle which is Pablo Chocobar), orchestrates everything superbly, like a perfect symphony. With Kota Factory he has already shown us the tremendous talent he carries. In Hostel Daze, he ups the ante here and pleasantly surprises you by showing how innovative and creative he is. It is very important to understand the approach you have to take in explaining your vision to various crew members. Raghav Subbu manages to do it easily while giving them the space to offer their own ideas.

Apart from this, the way he excels in his craft, it’s just a treat to watch. There are some scenes which are framed so well that as an audience you are engrossed in the happenings and for a moment you will forget that this is a fictional world. This is remarkable feat by Raghav Subbu and it’s very pleasing to see him not shying away from experimenting with his craft.

In conclusion, I would like to say that Hostel Daze is a brilliant web series made with passion, which will take you on a nostalgic ride, make you experience various emotions and leave you laughing and cheering. As the title suggests, this web series will leave you dazed by the quirky characters and an interesting world. You wouldn’t want to miss out watching this series. Cheers.