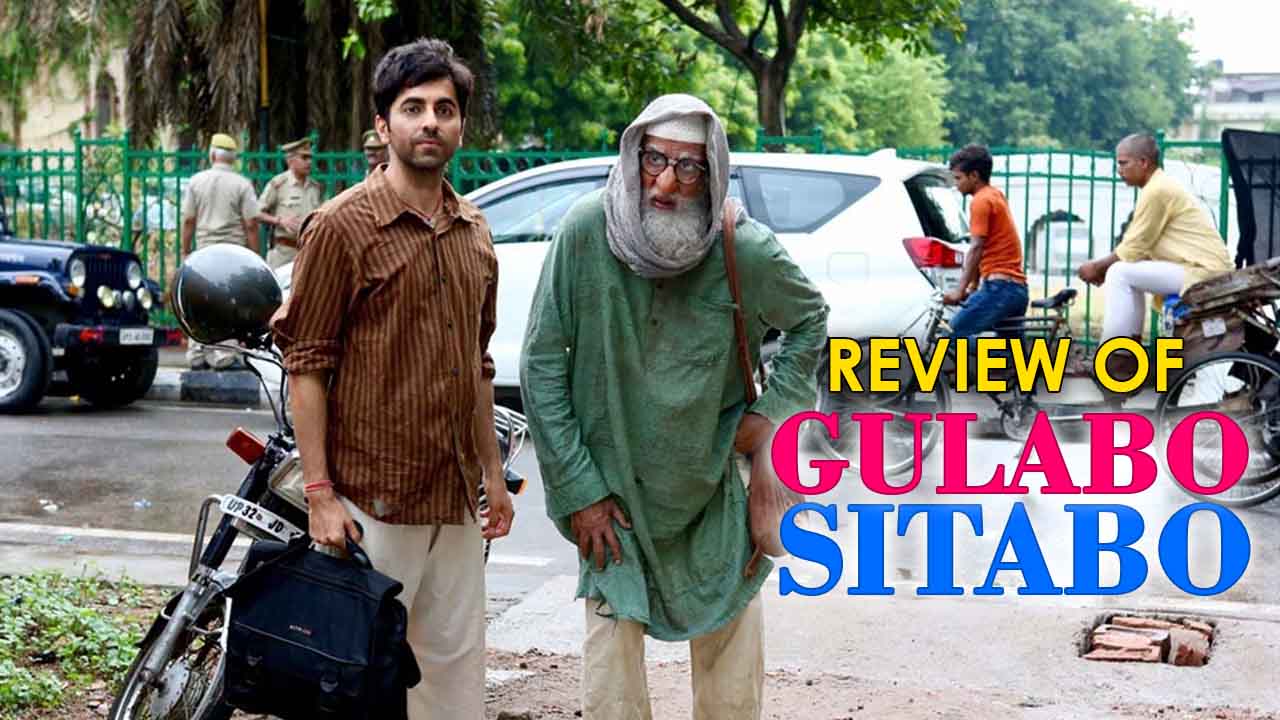 The Story Of A City And Its Whims…

Gulabo Sitabo adopts and to an extent masters the trope of using a city as a protagonist, something that started with movies like Kahaani and Vicky Donor. In this film, Lucknow comes alive in a way that I have not seen before. If only we could have seen it on the big screen. But the director does such a good job of showcasing the bylanes, the culture, the language, and the people of the city that no matter what the size of your screen, you are bound to get pulled in. Unfortunately, in most parts of the first hour of the movie, it feels like it’s only the city and the acting being done that is keeping you glued to the movie. Because the story doesn’t really start until the second half.

Mirza (Amitabh Bachchan) and Baankey(Ayushmann Khurrana) are always at loggerheads because Mirza wants to increase the rent of the room that Baankey and his family occupy in his haveli and Baankey stubbornly refuses to pay any increased rent. This results in constant bickering between both of them. Slowly, like in the story of the Monkey and the Cats, the Archeological department, the Government, and Private builders also join the fight, each with their own agenda.

I spent the first hour of the movie just wondering about the brilliance of the actor that is Amitabh Bachchan. His hunch, his scarf wrapped around his head, his big nose, his bulging eyes, his constant irritable murmuring, everything about him is just so perfectly executed that I just could not take my eyes off him. And the pleasure of seeing his acting, his interactions with the other characters, even the smallest ones is what carried me into the second half which is when things start picking pace.

Ayushman Khurrana once again brings alive a heartland character with a realistic portrayal that is consistently impressive. His uneducated, stubborn, Lucknow man with a slight lisp although stands tall on its own but the acting of the supporting cast is so good that it is hard to categorize Ayushman as the protagonist. For me, based on the screen time as well as the character graph, Amitabh Bachchan was the only protagonist of this movie.

A Talent Pool Of Ensemble Actors…

Ensemble casting has improved by leaps and bounds in Bollywood lately, the last gem being Shubh Mangal Zyada Savdhaan and it just makes movie watching experience that much more pleasurable. In this movie, its actors like Vijay Raaz, Shristi Srivastava, Brijendra Kala, and Farrukh Jaffar who embody their lucknowi characters with such precision and mastery that there is never a false note from any of them. Each of the characters on screen has such delightful quirks, like the mute helper boy of Mirza, the street-smart sister of Baanke, the maid of Begum named Dulhan, and many more. This whole group should have been up on the poster, ideally.

Good acting, great cinematography, well-written dialogues, and well-placed background music make this movie technically superior. However, the story and the screenplay could have been better at places. Given the ensemble and the technicians that were at their disposal, with a better-written story and screenplay, this movie could very well have very well been the most entertaining movie to come out this year.
All that said, this movie is definitely worth a watch. If nothing else, Lucknow ki ser ho jayegi, muft me!!