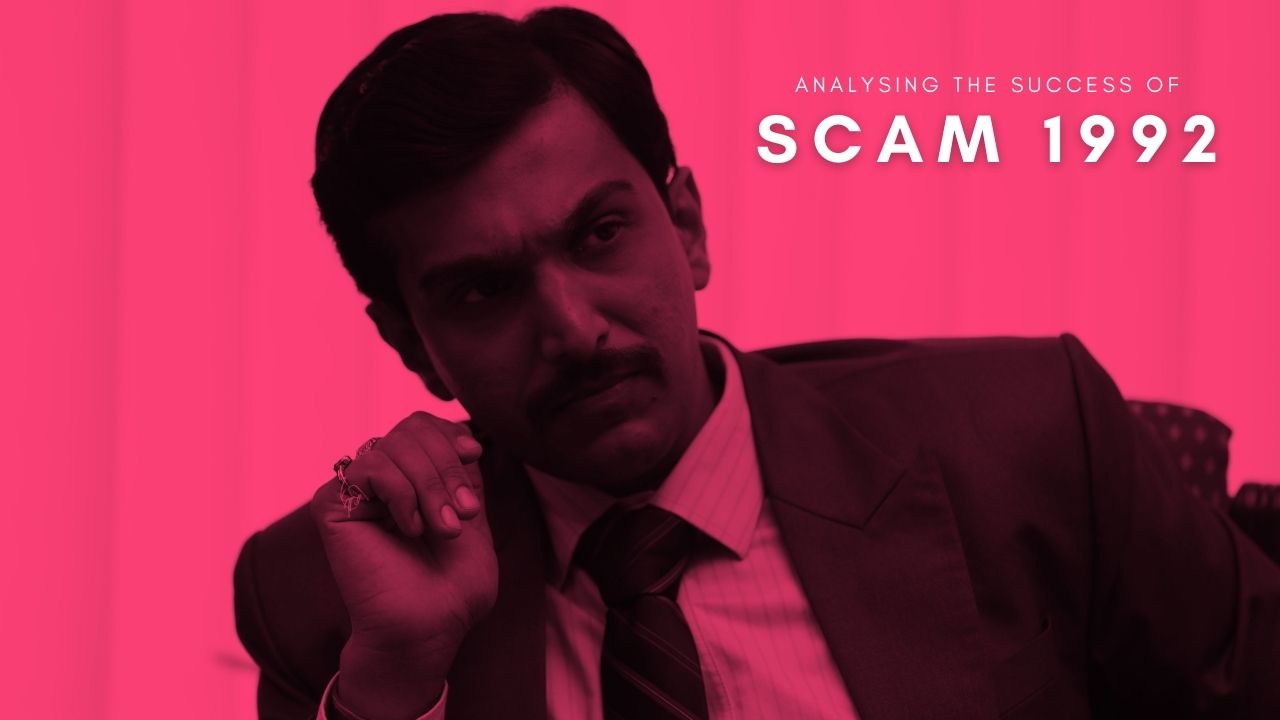 SonyLIV’s Scam 1992 is easily the most talked-about and one of the biggest success stories to come out of India, in this terrible, horrible, no good, very bad year. It somehow captured the attention of the whole country by telling the story of a man that was so good at what he did that he forgot to look for the ethics in his own actions. And the system that allowed for something like this, while not facing any consequences or reformation for any of its own negligence. The success of the show was the confluence of multiple factors that perfectly aligned to make the show what is it today. Let’s talk about some of those reasons.

The Tale of A Man Against A System…

One of the most important reasons according to me for the success of the show is the story and the nature of the main characters. The show tells the story of Harshad Mehta, an Icarus type character in the stock market scene in India, who grew so quickly that he started to challenge the very nature of the powers that be at the time. This is told through the lens of a righteous crusader in the form of Sucheta Dalal, whose book the show is heavily based on. This works perfectly as we see two underdogs pitted against each other by a system built by the status quo that despises any kind of upward mobility. This perfect mix of rags to riches story, with a rightful crusader narrative, makes it an irresistible piece of pure cinema, especially for a society like ours.

The Players Of The Game:

The show boasts some of the best talents in front of and behind the camera, putting all of their capabilities on full display. I have been a huge fan of Hansal Mehta, since forever. But I have always seen him tell stories that are very introspective and quiet. So, I was not expecting the masterclass in style that he displays in this show right here. We know that he is adept at telling a personal story with the likes of Shahid, Aligarh and City Lights in his back catalogue. But here with the help of his writers and his co-director, he crafts a masterpiece that is as intimate at it is bombastic and exhilarating. I can’t wait to see much more work like this from the master.

The other players that cannot go unnamed are the outstanding cast brought together for the piece. Everyone has already heaped Pratik Gandhi with the praise that he obviously and rightfully deserves. He plays the character with the right amount of swagger and arrogance that comes with a self-made man that reaches the heights that he reached. And also imbues the character with the perfect amount of nativity and pathos that is needed for the audience to always root for him. Shreya Dhanawanthary as Sucheta Dalal is just a knockout as she reminded me of Robert Redford’s iconic performance from All The President’s Men. The rest of the cast touch all the bases to make the show impossible to look away from.

The Idea Of Not Just Catering To An Audience But Creating One:

The show came out at the perfect time that places were opening up post lockdown, but people had nowhere to go. They were still getting acclimatized to the world opening up again and had this absolute hunger for great content. It became the perfect fodder for the meme world with those beautifully orchestrated instantly iconic moments and the absolute earworm that is the theme song of the show. In no time the show was everywhere. Even the people who did not know about the show were aware of its existence and hence wanted to watch what the hype was all about.