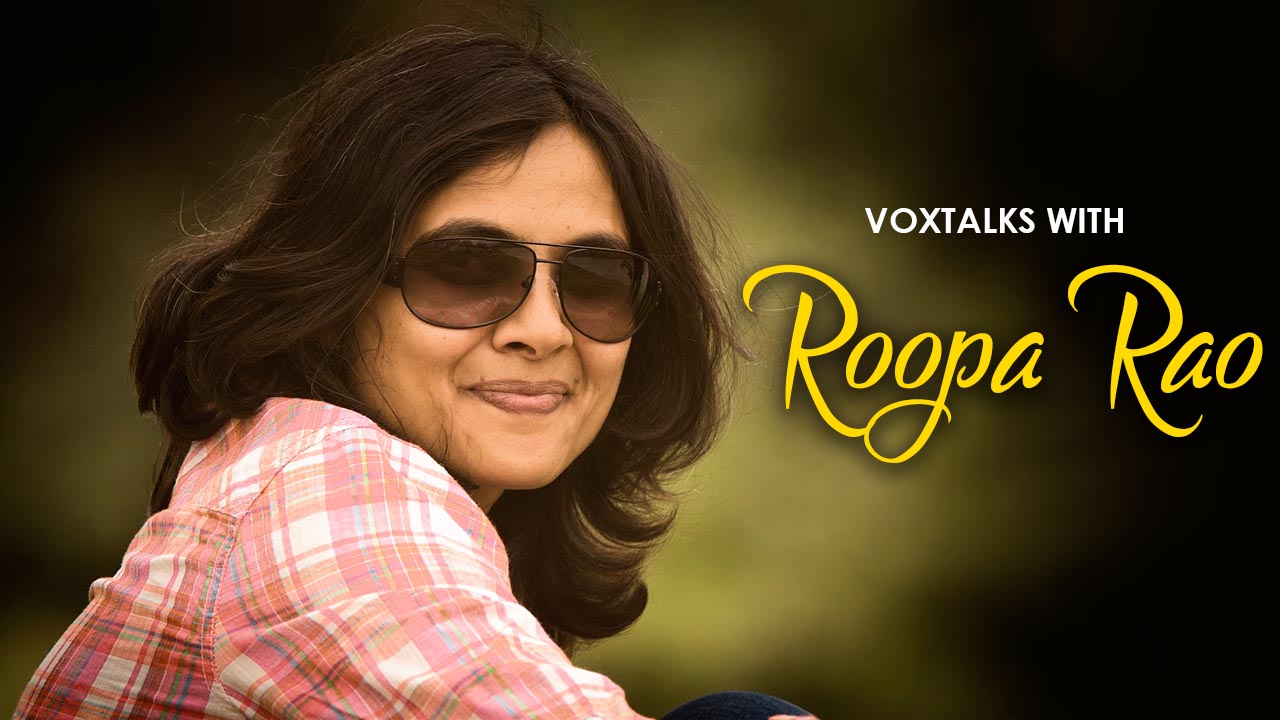 The Personal Tale Of ‘Gantumoote’

One of the greatest things about art, or in this case, film is the ability of the piece to make the most personal of feelings accessible and relatable to people. One such film was Roopa Rao’s feature film debut Gantumoote.

The film had a very unique way of looking at the topic of teenage love and infuse it with nostalgia, grief, and guilt in a very poetic way. So, we wanted to talk to the person behind the film and the voice that was unique enough to turn heads towards this bittersweet gem of a film. Here are a few excerpts from that conversation

Gantumoote seems like a very personal film to you, perhaps even being almost voyeuristic at times. What was the spark that made you want to tell this particular story?

If you agree with me that creating a film is an art, then how can there be any piece of art without the creator’s personal indulgence. Didn’t the film feel personal to you? As I explore my storytelling craft, I am beginning to see I like to dwell inside one’s head to capture the journey. For this particular film, after my web series, when I was figuring out what to do next, this story appealed to me since it’s a love story in its core, that too first love. I felt there was so much that could be done with it. I knew that in India we have never had a story about first love told in this way, from a girl’s perspective. Suicides bother me and intrigue me. I always wonder how somebody could just kill oneself. I realized how death could be an end to the one who has passed but not for the ones who are left behind. Kids dying at such an early age due to educational pressure bothered me. So, I weaved these two together and the rest happened.

How has your journey been from script to screen and eventual acclaim? Please do share with us some memorable anecdotes during this process.

Oh, you are asking me to document 21 months of my life. Every step has been very memorable. From finding investors, finding actors, finding the right technical team, winning international awards and nominations, planning promotions, big stars of Kannada/Tamil industry who supported by sharing our trailer, their love and blessings, finally finding theatrical release, acceptance from the audience, soon after, having an OTT release which made the film reach out to other language audience. And now being showered with love in the form of messages. In all these months post release, I have received thousands of messages and I am not exaggerating. Even this morning I woke up to 4 messages. Everything has been like a dream yet very real. Right now, when I see the film, I can’t believe it’s already made and the world is watching it. You know what I mean?

But if I am to pick one particular moment, it has to be the moment when Teju and I met. If not for her, I don’t think this movie would have been possible.  And that first show of the first day when the movie released. October 18th. This is my first feature film. Cinema has been my penance ever since I recall my life. And for someone like that, seeing my own film on that big screen with an almost houseful audience who are clapping, laughing to the story that we created. That moment I can’t explain, I felt weak in my knees and almost fell on to the seat with tears. I don’t cry that easy otherwise

Indian cinema has been accused of possessing a male gaze which often objectifies women rather than empathize with them. Your film clearly stands out as having a decidedly female perspective from extreme close-ups to the constant voice-over that immerses us in the protagonist’s thoughts. How did this approach help you express the story and was it a conscious decision from the start to tell the story on a first-person basis?

Yes, it was a conscious decision to tell the story from a first-person basis. It’s a personal journey film. I felt it works best if it is told this way, which gives us enough space to wander into Meera’s mind. And I am a woman, I realized that I am best expressed when I narrate what I see and how I see it. So, I guess whatever I make will be with this gaze. It’s a choice-less choice. I pursued film making because I had stories in my mind, which I was not getting to see on the big screen. Stories that must have happened to me or in the world around me. We (girl stories) are conveniently ignored. I felt, for history, it is important to leave correct footprints in terms of stories else we will be non-existent in the coming times. How can we be when we are equally taking part in the making of current times?

Your film’s cast is full of endearing and empathetic performances given by mostly unknown actors. What was your casting process like?

I always felt that the right casting is half the job done. But it isn’t easy in Indian regional film industries to find actors. They are around, we know, but where? we don’t know! Since we don’t have a proper organized channel for casting, we have to rely on social media mostly.

For me, it’s important that my actors and I communicate well. So, I usually meet them for coffee before we move on to reading the script.

I had met Nischith in one of the acting workshops that I had handled for an acting academy here in Bangalore. It was about a year before I even wrote this script. This story has been in my mind for a while, so when I saw him there with his bright innocent eyes, I knew he would fit this role, so I had told him to keep in touch. A year later once the script was ready, I met with him, I knew he suited the looks but we did many readings and discussions before I felt that he could pull off Madhu.

I was also meeting other actors for the role of Meera. It wasn’t clicking somehow. All through Teju kept coming in my mind as I had seen her in a play. In that she was playing a 39-year-old woman, her timing and her presence had blown my mind but I wasn’t sure of her age. Through a common friend, I got to know that she was only 22 at that time. I instantly got excited and texted her. She is also the daughter of an actor, so I wasn’t sure how her attitude would be. But she responded so sweetly and we met in a café. That was that. Magic struck, by the end of that meeting, I knew this girl is something of a marvel.

One of the film’s main themes is the baggage we all carry, the scars that unexpected events can leave on our psyche in our adolescence. What do you think is a healthy way to deal with such events in our lives?

I don’t know, I am a storyteller and I found my balance in stories. To each his own I think, there is no perfect way to lead a life. Having said that, Communication helps a lot mostly. It is important to reach out, there will always be someone who is open to listen to us without judging.

One of the things that really impressed me with the film was the sensitivity with which moral policing by society was depicted. It felt very organic and authentic. Where did the story originate from and any inspirations that you drew from in molding the lead character?

I write how I see the world, so maybe Meera is someone I must have seen or I must have been or a combination of the two. Life throws enough drama to get inspired, doesn’t it?  Each of us has our own journey, similar yet unique to our perception. What fascinates me is to see if the perception is also painted by past experiences and influences. That’s how Gantumoote happened, there is the gaze of Meera and also a painted gaze of Cinema.

I am very happy about the recent reinvigoration of the Kannada independent cinema with films like Thithi, Kavuladari, Gantumoote, etc. What is your take on this topic?

I am happy too. With the world cinema reaching everyone on their fingertips now. There is no other way but to gear up our game, or else we would be lost in the vast ocean cinema. The more rooted and original we keep it, the farther we can reach. I am glad we are taking our baby steps towards that.

Also, what is your opinion on OTTs and ‘Direct to OTT releases’ that has become a strong option for distributors given the current scenario?

Theatrical Distribution and release are still a very vague unorganized space and in the hands of a few who control it. For those who don’t want to play by the traditional rules in terms of storytelling and in terms of business, OTTs are a blessing.  OTTs have helped cumulate the audience base under one roof called the Internet and the reach is truly global. It’s a dream for every film maker to have it this way. But I feel sad that the magic of watching movies in a theatre is kind of going away in this bargain.

What are the five films that had the biggest influence on this film?

I feel strange that this question is asked. Is it coming from a place where movies have to be influenced by other movies? Is it because that’s what we have been seeing for a while in India? Can they not be original?  Anyway, I could be influenced by European cinema for the way the deal with human emotions in their stories.

I can’t name one. There are so many. Any director who can covey the story in its truest essence impresses me. Malayalam industry is thriving in that sense right now I feel. As recent as yesterday, I watched Kumbalangi nights. So, my Favourite actor right now at this precise moment has to be Fahadh Faasil. But I know it will keep getting updated as I watch any new film.

I have always felt Puttanna Kanagal from Karnataka is one of the greatest directors of our industry and is less celebrated outside. So, in this lockdown, I am requesting everyone who enjoys good cinema to watch Puttanna’s movies. His movies were ahead of their times and relevant even today.  I don’t watch a lot of shows, I don’t know why.  Other than that, I watched Ayyappanum Koshiyum last week and also watched Aamis, both were fantastic. I am still in their hangover.

….And so Roopa Rao talked to us about everything cinema. Do catch her feature film ‘Gantumoote’ now streaming on Amazon Prime Video.