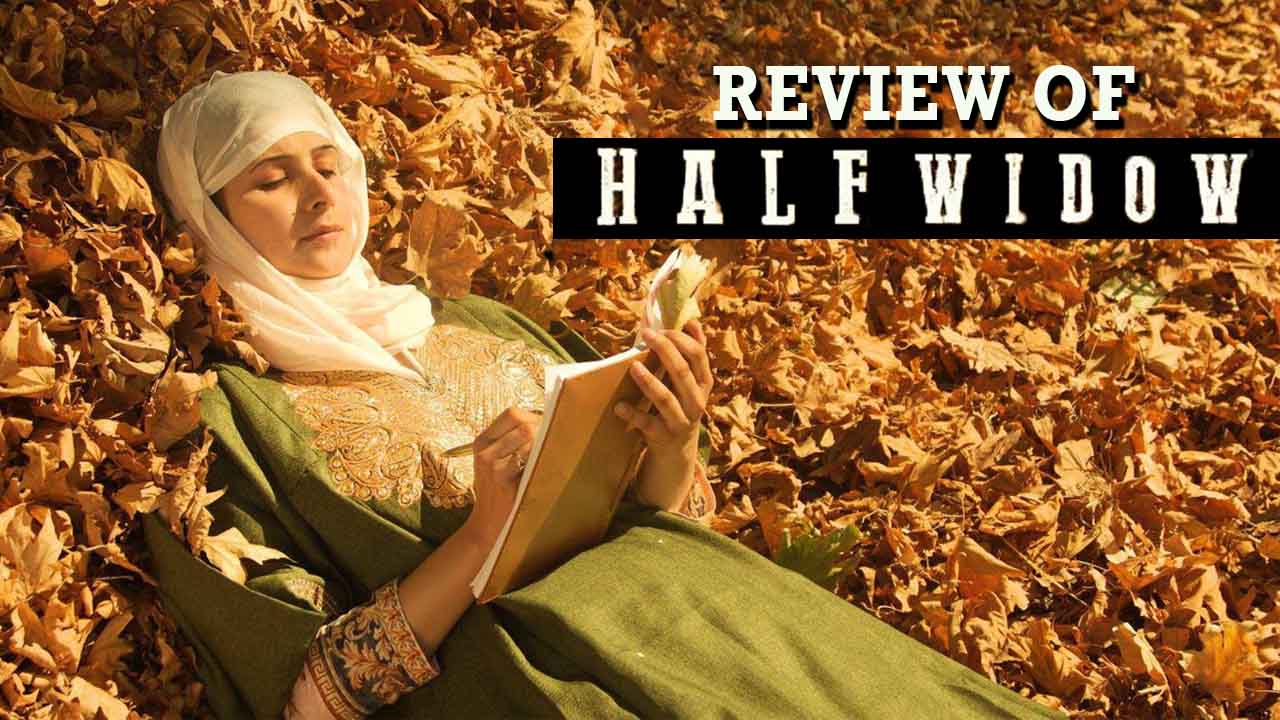 An Essential Film for Our Times

We as a society see cinema as a form of entertainment due to the captivating nature of the medium. It uses sounds and visuals to transport us to a different world. That is good and we should appreciate that kind of cinema. But on the other hand, there are films like Half Widow that force us to look inwards and at the injustices happening around us. Coming from the mind of LA-based Kashmiri filmmaker Danish Renzu, Half Widow tells the story of innumerable people that have become all too common in our country.

An Angel and Her Misery

Half Widow tells the story of Neela (Neelofar Hamid), who lives in Sri Nagar with her brother Zakir (Shahnawaz Bhat) and her aunt. She has lost both her parents by the time we meet her but is still full of hope and optimism towards her future. The time comes for her to get married and she gets married to a paper shop owner named Khalid (Mir Sarwar). She feels absolutely blessed because Khalid is a kind and magnanimous man who even lets her brother move in with them. As she is on the verge of having a family of her own, her life is destroyed when Khalid is captured by the army. She does not understand why, as he is innocent and the rest of the story follows her journey into fear, despair and absolute misery.

This is the kind of film that is very hard to watch but is necessary for everyone to witness. It tells a story that is essential for our society, which seems even more immediate due to the political climate of our country right now. Mr. Renzu does not make the film too political or confrontational but chooses to make it more empathetic. He is more interested in the journey and plight of Neela and people like her than to point fingers. The film stands on the capable shoulders of Neelofar Hamid who gives an absolutely heart-wrenching performance. She is helped by knockout performances by Shahnawaz Bhat and Mir Sarwar. The film is shot entirely on location and hence feels absolutely authentic throughout. Mr. Renzu makes sure to capture the landscape with a lot of beauty to contrast the misery that the characters are feeling. The editing by Nitin Baid is seamless, which is amplified by the soulful music provided by Alokananda Dasgupta.

To conclude, this is a very important film that should be seen by everyone. The film is getting a limited theatrical release in India on January 6 and is also available on Amazon Prime in other parts of the world.