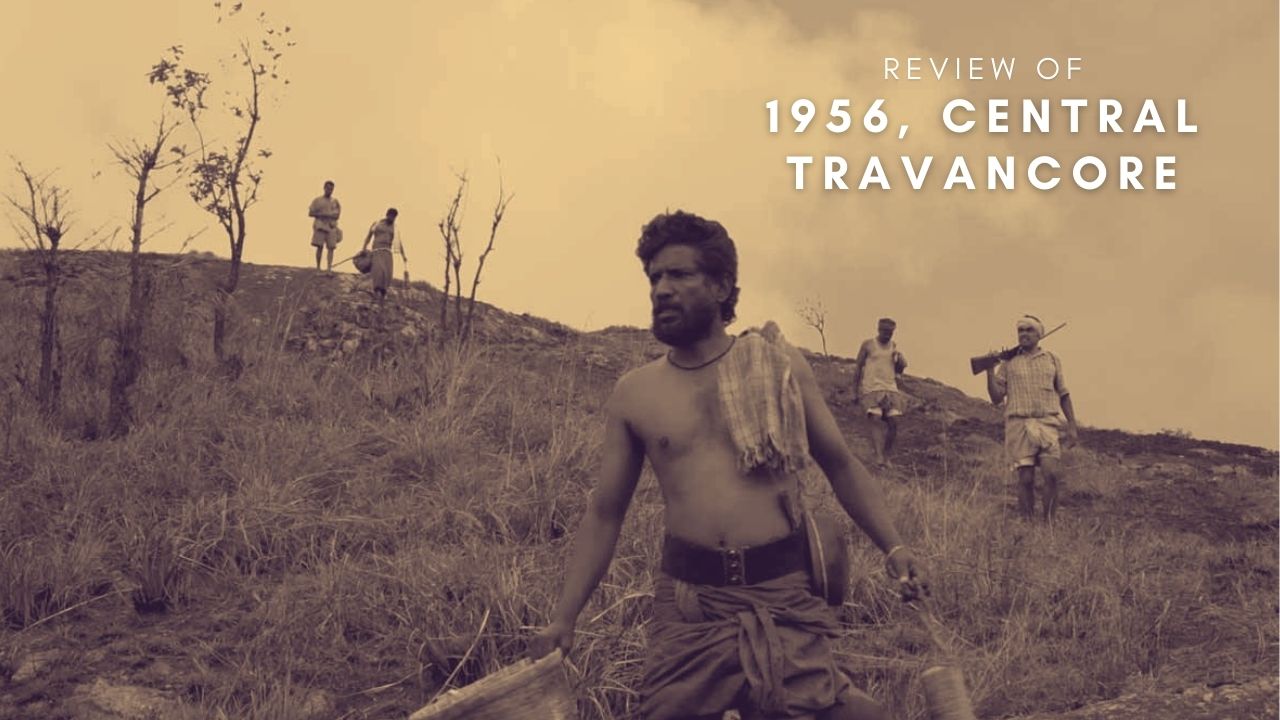 There are some film-makers who amuse you, some amaze you, and some who get you to really introspect about certain ideas. Don Palathara is one of those film-makers. Let me not be the first one to tell you, but Malayalam cinema has been at the forefront of really pushing the boundaries of story-telling. In the film-makers that have been doing that Don Palathara really stands out in the sense that his films are like none other and he happens to be an auteur in the true sense of the word. He has two films right now making the rounds in the film festival circuit, so let’s talk about his black and white, minimalist Odessey called 1956, Central Travancore.

A Journey Into The Wilderness

1956, Central Travancore primarily tells the story of two brothers who go on a perilous journey to hunt gaur to make some quick money. Set in times before the historic land reforms in Kerala, the film explores the political, personal and mythological mind spaces of these two characters and the people they meet on the journey. The film is very sparse in the plot but also epic in scope, bringing in biblical allegories to try to understand a deeply personal story of brotherhood and faith.

A Thematic Trilogy Of Faith…

Don Palathara with his third after Savam and Vith, makes a stunning-looking mood piece that is languid in pace but filled with subtext and metaphors to spare. I have not seen his fourth film, but the three I have seen fit perfectly into a thematic trilogy like the Park Chan Wook’s Vengeance trilogy or Alejandro González Iñárritu’ Death trilogy. In the sense that he explores similar themes in all three of these films with varyingly different stories being told. The themes being faith, death, and responsibilities. I don’t know if he would agree but I will make the claim just the same.

Not only did he direct the film, but also edited it so his sense of cinema and expression really pops off the screen. He creates these beautiful tableaus placing the actors at points in the screen that seem extremely thought out and moves the camera in very dynamic ways keeping you gazing at the mastery of subtlety. The film is edited in a way that the cuts are not very intrusive, hence keeping you in that hypnotic trance wondering about the various moral questions being posed to the audience. It reminded of classics like Werner Herzog’s Aguirre, the Wrath of God, and Andrei Tarkovsky’s Stalker, in the way it was paced and presented.

The best way that I would describe this hypnotic painting of a movie is to imagine if ‘The Lost City of Z’ was made by Andrei Tarkovsky on a shoestring budget. If that sounds interesting to you, do seek out the film. And I personally can’t wait to watch his new film Santhoshathinte Onnam Rahasyam by Don Palathara, which is getting rave reviews everywhere that it is being screened.