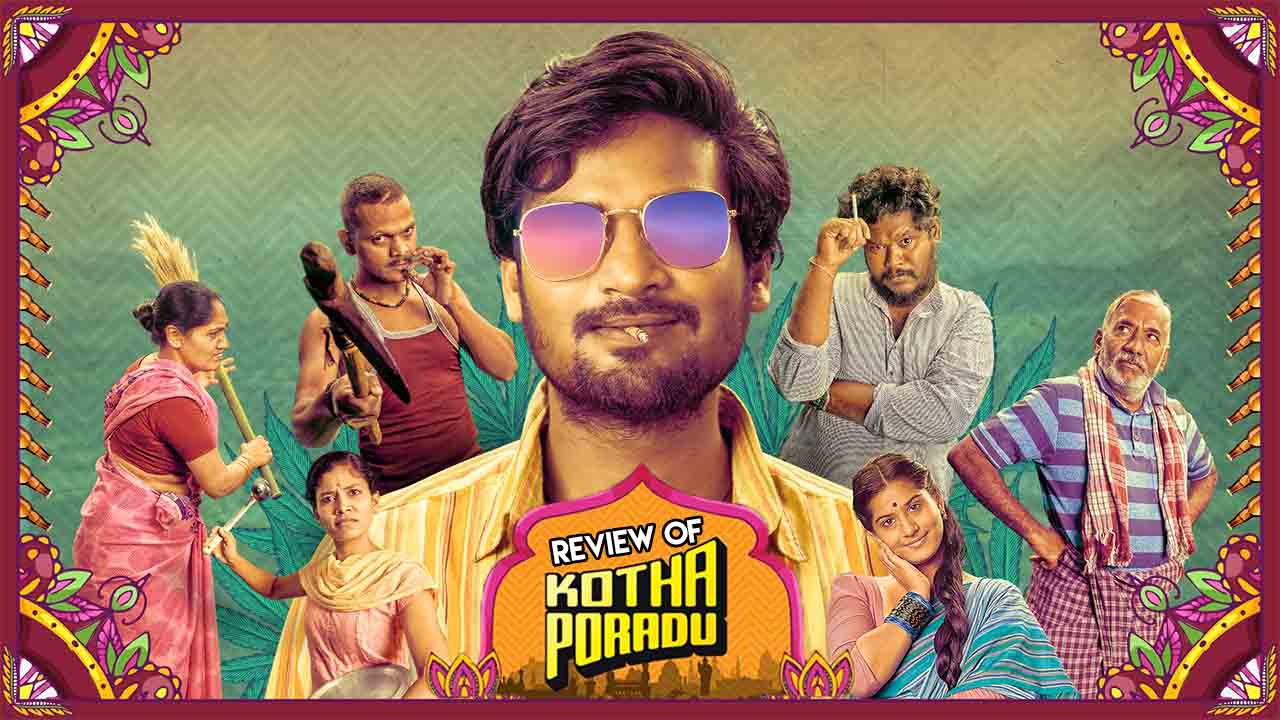 A Well Conceived And Executed Gem

Every week we are being flooded with online content which just gets pushed to the side due to the sheer volume. Every week there are ten new shows and every month a new OTT platform. But I can’t say a lot of them use the platform to its fullest potential. The only Telugu shows that really stood out according to me were Story Discussion and Nirudyoga Natulu. They knew that it was not spectacle or flashiness, but authenticity and texture that held the attention of an audience online. They needed to know the characters and understand the milieu in a more intimate way than on the big screen. After all, the screen is literally in the audience’s hand. Coming from the same school of thought, Anvesh Michael with Kotha Poradu creates a well-observed dramedy about the intricacies of social life in a small village far from any influence of globalization.

The show begins in present-day where we see that Raju (Anvesh Michael) now living in Hyderabad, getting stopped at a routine check-up. We slowly realize that they are hiding something in the rented auto and his brother-in-law Mallesh (Jagadeesh Prathap Bandari) is not telling him the truth. As we wonder how these guys ended up in this situation, we cut back to Raju’s past in the village and the colorful cast of characters that lead him to this fate. He was a carefree man madly in love with a village belle called Nagma (Thanmai Bolt) only to have his heartbroken. He is the son of a doting mother Lachamma (Padma) and the eccentric, adulterous, foul-mouthed, deplorable father Istharayya (played brilliantly by Sudhakar Reddy) who has debts everywhere and sells sarees to lonely women in neighboring villages.

Added to this eclectic mix of characters in his life is his lifelong rival, Nethi Rajesh (Raj Tirandasu) whose life goal is to destroy Raju’s life.
Through the mid-point, his life seems to come to an impasse and how he tries to surpass that obstacle forms the rest of the story.

A Show That Oozes With Style and Verve

Most of the time, when a filmmaker tries to make a film feel stylish, they seem to lose track of the narrative which leads to the content being uber stylish with no substance. Here, Anvesh Michael who plays the titular role writes and directs the show in a way that is absolutely flawless. He keeps the authenticity of the rustic rural setup and marries it with modern sensibilities of editing, lighting, and music in a way that captivates you completely. Gone are the ways of flat lighting, stable shots, and classical music, and in comes naturalistic lighting with splashes of neon, dynamic movement in the camera and folk music with a flavoring of EDM thrown in there.

One moment comes to mind that really captures the mood that I am talking about. Early in the show, Raju is drunk and dancing at his lover’s marriage. An EDM remix of a famous song from Sangara Sangamam is being played, the frame is filled with neon lights and the editing is just hypnotic. It almost reminded me of a trippy hip hop video. Special shout outs have to go out for the people who made this possible. Vasu, the DOP who made every moment feel real and immediate. The composer, Smaran who creates a retro-modern soundscape that I can’t wait to download and listen to every day. Finally, Avanti Ruya the editor who put everything together in a cohesive way that feels chaotic on purpose.

The Casting is spot on…

Firstly, let’s begin with Anvesh Michael who is just irreplaceable in this role. With him being the writer of the piece too, you can see the keen understanding he has towards his own skill-set and uses it to its fullest extent. He also fills the screen with beautifully detailed eccentric characters that are brought to life by the brilliantly put together ensemble. The real standouts here are Raj Tirandasu as Raju’s life-long rival, Anusha Nuthala as an exploited woman seeking justice and Sudhakar Reddy as Raju’s reckless yet charismatic father.

I can keep praising this show forever, but I am going to stop now. This is a pure gem of a show. A disclaimer for the show is that it is very explicit and profane. If you feel like that would be a problem, do watch it at your own discretion. But for the rest of you do check it out, at least for a selfish reason that if you support this, we might get a lot greater content like this in the future. Vote with your time. The show is available on Aha app.