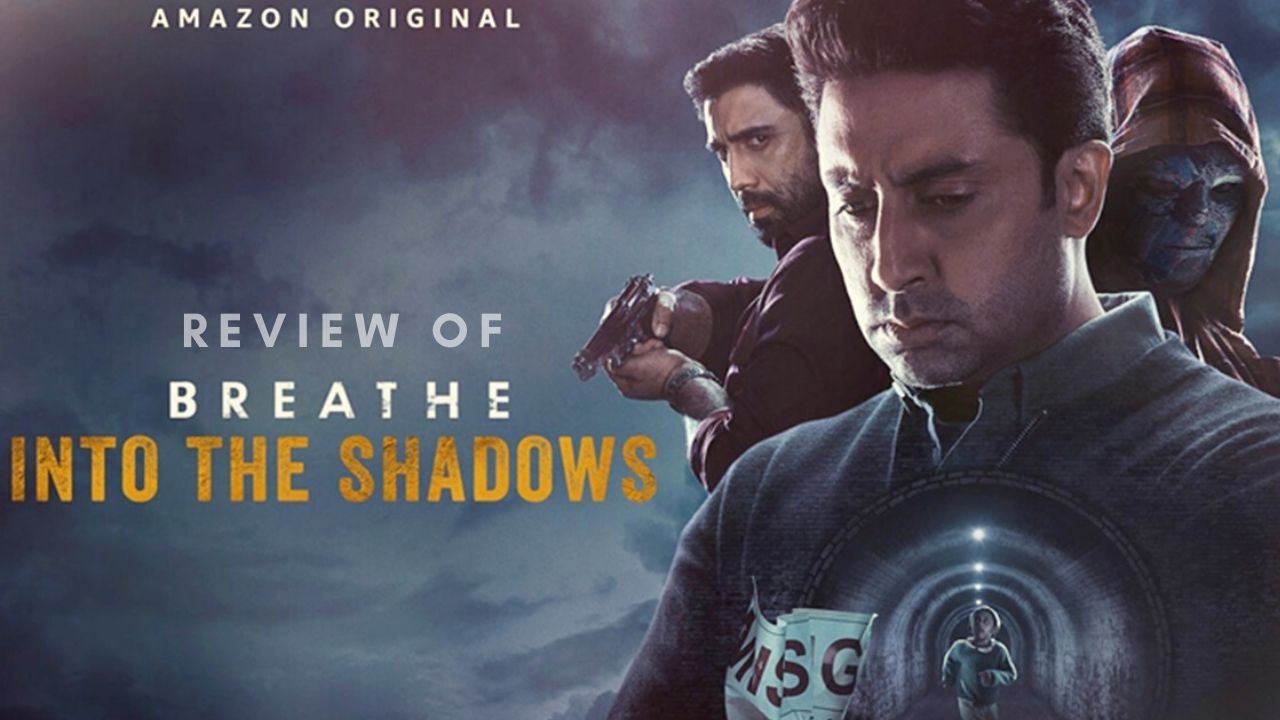 A Taut Thriller With Multiple Strands…

One thing that has seen a dramatic change over the past couple of years owing to the prevalent OTT culture is the way in which we tell our stories and consume our content. Gone are the days when a story could survive only on one narrative thread and pump through ten or odd forty-minute episodes on it. Such practice of introducing multiple plot-lines and tying them in the most effective manner becomes the greatest challenge for any writer working on an OTT platform these days, and of course her/his biggest nightmare too. But when it all does come together, much like in Breathe: Into The Shadows, one is left with an incredibly satisfying viewing experience.

Prime Video’s Breathe: Into The Shadows, is a spiritual sequel to 2018’s Breathe, and stars Abhishek Bachchan, Nithya Menen, Amit Sadh and Saiyami Kher in the primary roles. Much like its predecessor, this season too deftly infuses the sub-genres of family drama with a crime thriller. Marking the OTT debut of Abhishek Bachchan and Nithya Menen, the season features a set of twelve episodes and covers the story of an elite idealistic Delhi based family, that of Dr. Avinash and Abha Sabharwal, whose existence is ripped apart when their six-year-old girl, Siya goes missing from a birthday party. What ensues is an elaborate game orchestrated by the unknown abductor who throws Dr. Avinash and Abha into the world of crime and violence in order to save their girl.

The Descent Into Desperation…

As Dr. Avinash and Abha start playing the game, the body count around them keeps escalating. At this point, a beaten-down cop, Kabir Sawant (played by Amit Sadh) suffering from his own demons, arrives at Delhi to handle the case. The plot thickens when Dr. Avinash, although in the midst of his own criminal game, volunteers to help out the police solve the case of random killings across the city. The series thus enters a moralistically grey area where nothing is what it seems, and each answer found springs a handful of new questions, challenging the very context of crime and justice.

In his investigation of this complicated case, Kabir Sawant is ably and loyally supported by Inspectors Prakash Kamble (Hrishikesh Joshi) and Jaiprakash (Shrikant Verma). As mentioned above, the series also boasts of a couple more intriguing narrative strands featuring the talents of Shirley (Saiyami Kher) who is a morally upright and empathetic callgirl, a wily and ambitious no-nonsense female cop, Zeba Rizvi (Shradha Kaul), a resourceful and patient medico, Gayatri Mishra (Resham Shrivardhan) and a gay media personality and artist, Natasha Garewal (Shruti Bapna). These strands, owing to the monster length of the season, become instrumental in either hindering or encouraging the main plotline of finding Siya, while also adding their own juxtaposing flavor to the proceedings.

In terms of the plot itself, the series takes a drastic and bold turn in narrative structure bang in the middle of the season, which ensures that the cleverness of the premise doesn’t falter. Having said so, the show does grow a little ambitious with some of its story choices which become at times a hard sell. The season could have benefited immensely with a tighter and shorter season, say perhaps of a traditional set of ten episodes.

An Impressive Collection Of Cast…

Breathe: Into The Shadows works for the main part owing to its thoughtful and keen casting choices. With her wistful aura and blazing eyes, Shradha Kaul owns up her Zeba, a character that begs to be explored more. Shruti Bapna who is instrumental in setting up the tone and feel of the series in its earlier parts picks up an interesting arch to her role and ensures a certain sanctity to its portrayal. However, one of the most impressive roles in the series belongs to Plabitha Borthakur, who plays Meghna Verma, a wheel-chair-bound optimist, with a natural flair and ease that she becomes the show’s moral compass. Plabitha has this fired up spontaneity and screen-presence that is unparalleled, making her an invaluable actor for the present OTT arena.

The show however depends heavily on its main star cast. Abhishek Bachchan picks up the highly-complex role of Dr. Avinash and pours all of his two-decades-long acting experience into it. As a father who needs to find his daughter, as a husband who needs to confront the blame, and as a criminal who needs to cover his tracks, Abhishek Bachchan brings a measured level of restrained stoicism coupling it with simmering anger behind his role. In contrast to his composed absorptive portrayal, Nithya Menen’s Abha is a practically flustered and an emotionally riled up character, who gradually descends into despair. The naturally gifted actor exudes a certain maternal charm about her which roots the crux of the premise into the ground of reality and pathos. Watch out for her nerve-wracking performance in the episodes early on, as she rounds up to do a horrible crime while struggling with her naturally demure and sympathetic persona.

On the other hand, Amit Sadh’s Kabir (a veteran to the series) is a brooding but brilliant cop with introverted confidence to him; makes him both vulnerable and dangerous at the same time. Unlike the recent portrayals of policemen, Amit Sadh plays his role with a guilt-ridden yet by-the-book attitude which makes him more human and real.

Technical Details To Look Out For…

As mentioned earlier, the show largely benefits from its smart writing and bold narrative choices. The writing and screenplay team consisting of Bhavani Iyer, Arshad Syed, Mayank Sharma, and Vikram Tuli, ensure that ambitious ideas and complex thoughts are presented in the most palatable manner, yet while maintaining consistent pacing across the story. One can observe their keen eye to detail in constructing initial ‘set-ups’ for some brilliant later on organic ‘pay-offs’.

Having said so, the writers do try to conjure up many interesting ideas and plotlines and install them across the show before running out of the episode runtimes; which unfortunately makes them feel under-explored and sometimes even as opportunities lost. Perhaps, the promise of a further season tying up into this season could benefit from the amount of world-building which is at display here.

Overall, Breathe: Into The Shadows is a gripping drama series that surely is markedly better than its OTT peers. One can see that the writing and acting credentials associated with it are its biggest strengths. An assured step-forward in the genre of family thrillers, Breathe franchise has enough going for it, to foray into a season three, perhaps with the same team and tone.