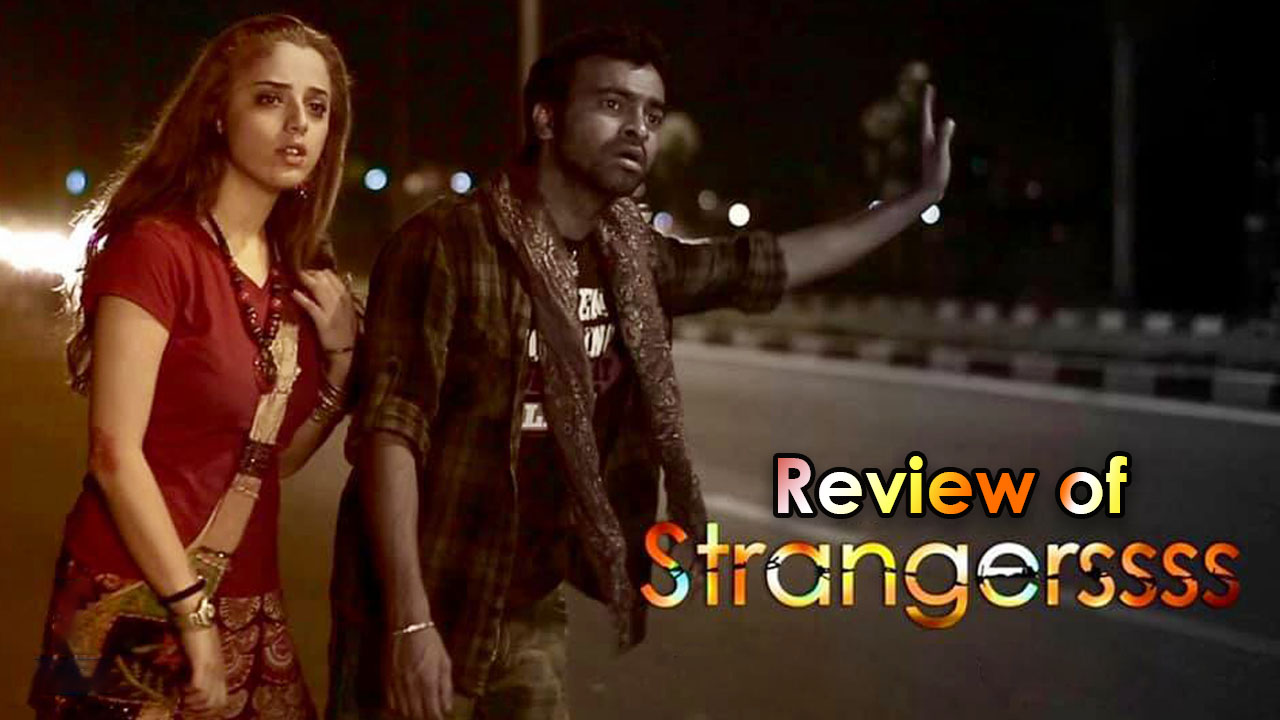 The Right Medium For Unfiltered And Bold New Voices

Short films are a great way to get a point across without meandering too much. You can get in there make your point and be very direct with it, hence you find your most pure and unfiltered voices in this medium. The film I am talking about deals with a topic that is very relevant to our society which is becoming more and more unrecognizable every day. The film brilliantly encapsulates the feeling of being an immigrant in a foreign country and juxtaposes that with the responsibility of being a lawful citizen to tell us a story that has become all too common in our society through a slightly optimistic lens.

The Good Samaritan and The Damsel in Distress

Strangerssss tells the story of a chance encounter between a cab driver Raju (played by Pitobash Tripathy) and a Russian immigrant named Sara (played by Nesa Farhadi). Sara needs to get to the airport and Raju happens to be her driver. Raju is sweet-natured and Sara is receptive to his kindness. But just before they reach the airport, Sara gets a call from her fiancé to take a detour to a different location. Sara asks Raju to drop her off at this secluded location, but he does not deem this to be safe. Raju leaves on Sara’s insistence, but little does she know that she is in grave danger. What does Sara do to get out of this situation? and what does Raju do to save her? These questions form the rest of this twenty-five-minute tense short feature.

The Kindness of Strangers

There aren’t a lot of things in the world that get me emotionally, but a truly selfless act always gets me. There is something noble and virtuous about altruism. With this film, the writer-director of the film Jennifer Alphonse posits that we need to be altruistic to our guests, here represented by Sara. She sees it more as a responsibility than and obligation to uphold the honor of our nation by not besmirching its name. The film makes its point very organically with its simple premise while never losing its grip on the viewer. This is immensely aided by the brilliant lead performances from both Nesa who brings a certain amount of naivety to her character without making her seem clueless and Pitobash Tripathy who lights up the screen every time we see him.

The short is shot and edited to seem very naturalistic, yet the filmmaker uses one element to add style to the film in an organic way. A large part of the story is shown to us in stark black and white. This helps in two ways; one is that it looks really cool and the other is that it adds an extra layer of subtext. What I mean by subtext is that because the story is talking a lot about perception, she uses this visual motif to show us the change in perception in a subtle yet bold manner.

To conclude I would like to say that everyone should watch the film when it gets out. The short feature was first premiered at Cannes Film Festival – Short film corner and then onwards it went on to win close to Seventeen International Awards including few other nominations. The film also being inspired by a true story is an immediate, important and essential viewing.

37 thoughts on “[VoxSpace Selects] Review of Strangerssss : National Pride Comes With A Responsibility To Uphold It”