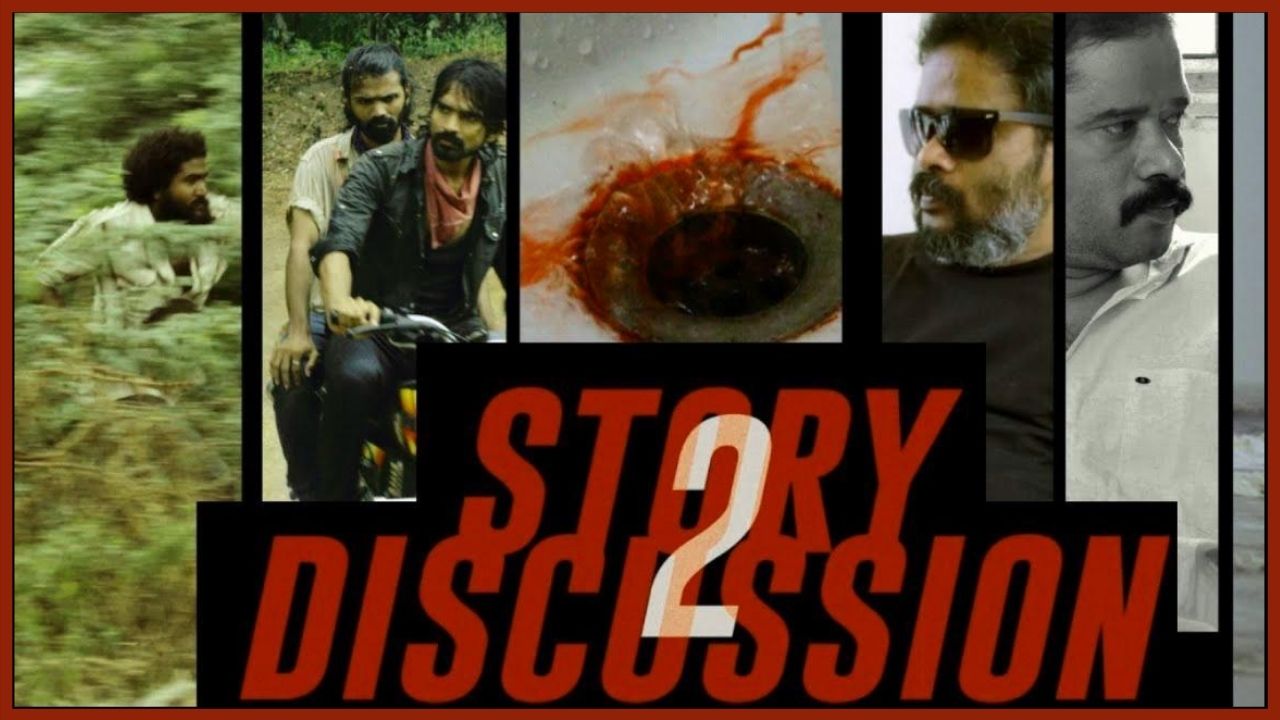 The wait is over. With the advent of OTTs and the global pandemic that has cascaded the theatre scene in India and all over the world. Cinema is being democratized in a way that was never been possible before. Camp Sasi and Rohit Penumatsa are undoubtedly at the forefront of this movement in Telugu. I had previously seen their work on truly original shows like Story Discussion and Nirudyoga Natulu. I immediately knew these were artistic voices to look out for. When they announced that they were starting a website to host their own content on with no compromises, I was overjoyed. And finally, they released the first five episodes of the long-awaited Story Discussion season 2. Here is my take on it.

When we drop in for the second season, Sitara has released and everyone attached to the project from Navi (Gayatri Gupta) to Laxman (Laxman Meesala) to Mohan Kumar (Camp Sasi) to Harsha (Harsha Vardhan) has all become extremely famous. Laxman is getting married, Mohan Kumar has moved on to his new project, Harsha is in Goa writing that new film and so on. Mahan being his unpredictable self throws a wrench in that plan. This is when the show subverts our expectations and shifts the focus of the narrative to his irritable, has been a filmmaker, twin brother called Prakash Chowdary who has not made a film in a long time. His film Kirai Hanthakudu was a blockbuster when it came out, but he never managed to recreate that impact ever again. When we meet him, he lives in a small dilapidated room and is scraping for money. All this, while never losing his misplaced pride in his talent, caste, and stature.

An Ensemble For The Ages…

The show again, like its first season works because of the brilliant ensemble on display. While most of the original cast is back, the new additions are just as good and quirky for the lack of better word. Be it the annoying neighbor played by Anvesh Michael or the sneaky security guard played by Pawon Ramesh or the opinionated Lens assistant played by Bharat Vyas. The show is chock-full of brilliant actors that the Telugu industry should keep an eye out for. It’s a shame they don’t get more work and kudos to the team for putting these wonderful actors together.

But the scene-stealer here is definitely Camp Sasi who reprises his role as Mohan Kumar and also plays his twin brother. While he was emulating Ram Gopal Varma in the first season which was kind of light-hearted and farcical. This time, his portrayal of Prakash Chowdary is a tad bit darker and more filled with pathos. He is extremely hard to like yet very endearing in a way that you feel about your loser uncle.

A Daring And A Democratic new vision

The show changes up certain stylistic flourishes that sometimes work for and sometimes against the pacing. For example, the cinematography (by Vyas) this time is a lot more static owing to the protagonist, to accentuate his stoic nature. This helps the show stay true to the narrative, but takes away the dynamic nature of the inventive camera movement, which helped the proceedings feel very zippy. This is just my opinion from the first episodes which could change with the release of the other episodes. The music as usual by Vivek Sagar is ingenious and the song, Meka Dekhani poster is a real earworm.

The real MVP here is Rohit Penumatsa with his absolutely bonkers editing. The way he uses the edit as a narrative tool is a talent that is enviable. He manages to mix classical editing techniques with new-age techniques to make the show feel fresh and truly alive.

The first five episodes of the show are available on their website, including a lot of their previous work. I have heard a lot from my filmy and non-filmy friends that there is nothing new out there in the market. I would suggest them to go check these guys out, because how will you hear new voices if you don’t support or reward them for it. If you are in for a truly uncompromising, incomparable, and truly radical vision, you have to look no further.