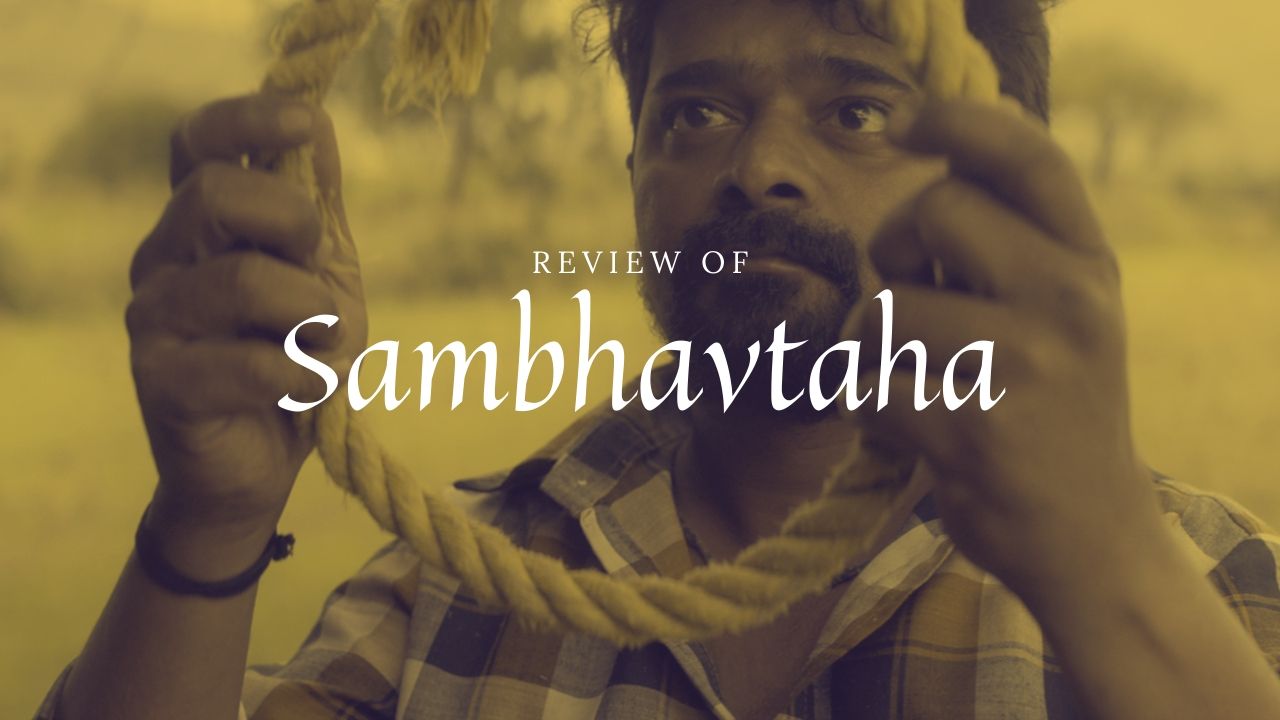 In a country which thrives and takes pride upon its agricultural sector, it is ironical that the forces behind it, the hard working farmers, aren’t treated in a way they would like. The farmers are the backbone of our economy and yet we are not able to empower them enough or provide them with the basic essentials they deserve. And when this happens constantly, a farmer has very few options that he/she would turn to. The same is shown in a beautifully crafted short film titled Sambhavtaha, which is written and directed by Gaurav Madan.

Sambhavtaha : A Subject To Ponder Upon

Sambhavtaha is about a farmer Vinoba (played by Vikas Patil) who gets an offer by the government to sell away his land so that they can build a highway on it. Although Vinoba vehemently desires not to, he doesn’t truly have too many options. As the story progresses, On one fine windy day, when the officials come to him to get the land documents, he decides to rebel against them despite knowing that this is a futile battle that he can never win. What happens next forms the rest of the story and shows us how far a farmer can go to save his most prized possession, his dear land.

Although a short film, Gaurav has very smartly created a narrative that keeps you hooked to the proceedings and at the same time keeps questioning the deeply rooted flaws of our society. The underlying subject of the film takes time to get on you but hits hard when you understand it. The commentary in the film is very well wrapped alongside a brilliantly written screenplay which unfurls beautifully as we delve deep into the story.

Special mention to Dhananjay Sardeshpande who has written the dialogues (Marathi). They feel so organic and natural that it looks like we are seeing the people converse in real life and not in a film.

The Technical Aspect On Point

To begin with, the cinematography by Sunny Lahiri stands out for me in this film. The shots are acutely serene and clean that they make you feel relaxed and observant at the same time. The camera movements and angles on many occasions are well thought out and add that extra layer to make the scenes lively. This is very well complemented by Devanshi Srivastava with her accurate editing. The editing is seamless and so smooth that you won’t even realize when the transition between the scenes has happened. I like the fact that the length of the few scenes is kept long deliberately so that we get to grasp as much as possible from the happenings.

Mihir Bhatt does an amazing job with the music. The background score is deliberately kept soft to match the thought process of the protagonist. It helps us understand the emotions of the characters very well while giving enough space for the dialogues to have their impact.

Vikas Patil who plays the role of the farmer is outstanding to watch in this film. He carries the whole film on his own with his nuanced performance and subtle expressions. He is so brilliant with his craft that you never feel that he is acting. His dialogue delivery is on point and his screen presence is remarkable. I hope we get to see more and more of his brilliant performances going forward. The other cast members do a good job in providing the much-needed support and take the story forward.

Finally, the captain of the ship, Gaurav Madan is bound to leave you impressed with the understanding he posses towards the film making. The way the film paces up slowly and steadily, how the characters behave, or the tiniest of the details added to make it authentic, Gaurav shows how seriously he takes his subject and how passionate he is towards his craft. The fact that he manages to raise so many questions while telling a strong story within a short time is just excellent.

The abstractness added to the film in a subtle manner and the way he leaves you with numerous things to think about after the film ends is a mark of a pure genius. I’ll be looking forward to more of his work in the future as he is someone who will bring out the stories which are among us but go unnoticed. He has an eye for such subjects and that’s an amazing quality to have.

Sambhavtaha had won many awards in the inaugural edition of the Critics Choice Film Awards (now Critic Choice Shorts and Series Awards) and has been featured in Mumbai film Festival (MAMI) too. It’s streaming on Zee5 now and I would recommend you check it out immediately. This is a film that cannot be missed for the various experiences it provides. Enjoy watching it. Cheers.