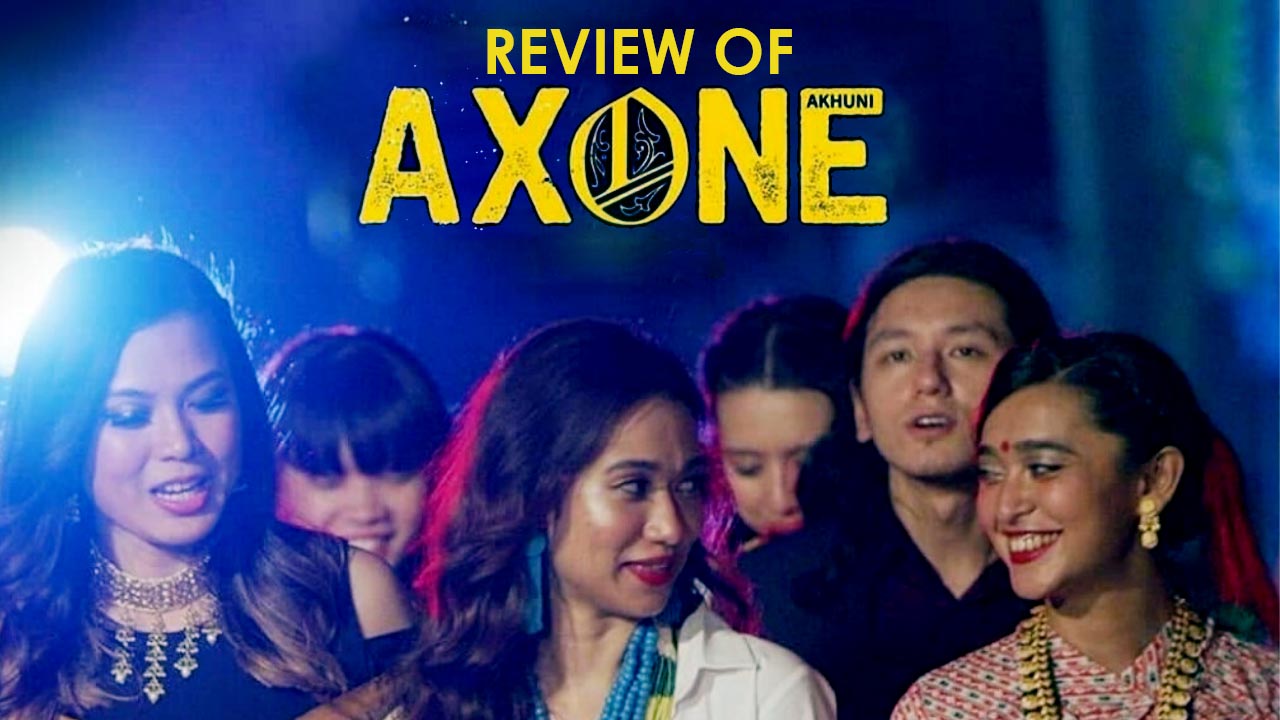 The film opens with a sequence where a group of northeastern youngsters is walking down empty streets, early in the morning looking for something. A friend of theirs takes them to a shady room, where a sweaty man asks them what they want and they buy pork meat from him. As they are just about to leave, they have one last thing to buy, they need Axone (pronounced Akhuni), which is a northeastern delicacy. What caught my eye was that this whole sequence was put together like a drug deal or like they are smuggling in something. Hence introducing the main theme of intolerance or fear of the other in the very first scene with such finesse and truly thought out subtext. I knew I was in for a delight.

Axone: A Surprise That Has To Be

The main story of the film deals with a group of North-Eastern friends who want to give their friend Minam a perfect wedding. Minam’s closest friends are the sugary sweet Upsana and the steely ambitious Chanbi. They have taken it upon themselves to prepare a traditional Naga dish of pork with axone, a fermented soybean condiment as a surprise gift for her. The main problem is that the preparation of this particular delicacy is hard due to the odor it puts out while being prepared. How they manage to pull this wedding off without disappointing their friend forms the crux of this unique immigrant tale.

A Cast Full Of Scene Stealers…

As I mentioned before, the writing here is top-notch. The film perfectly balances the pathos of these characters with the right amount of sly humor, never letting either overpower the other. That is the kind of balance that social satires live and die by. The main selling point here for me is the diverse and hilarious characters on display. From standouts who appear for a short time like the angry girlfriend who keeps finding her boyfriend with a different girl each time to the angry northeastern Jat to the drunk party guest are just perfect. Without really pandering or talking down to the audience, the writers have found a way to get across the idea of diversity in this area in Delhi.

Some of the characters that stood out were the lazy landlord (played by Vinay Pathak) who manages to capture middle-class apathy, his mother in law (played by Dolly Ahluwalia) does the opposite by appearing with a steely exterior but filled with good intentions and finally, the landlord’s son Hyper Shiv (played by Rohan Joshi) is just a pleasure to watch. The scene-stealers here other than the two main leads are their respective love interests. Tenzin Dalha plays Zorem who is previously heartbroken with a lot of grace, generosity, and empathy, and Lanuakum Ao as Bendang is bound to break your heart. Finally coming to the two female leads Sayani Gupta and Lin Laishram are a gift to this film and manage to carry the film on their capable shoulders. They manage to transcend stereotypes and create beautiful portraits of immigrant lives in metropolitan India.

Low budget Filmmaking At Its Best

The film is shot on a shoestring budget in a short period of time and on location. Hence, I was surprised by how good it looked and sounded. The sound design is extremely immersive and makes use of every little sound with a lot of narrative precision. This is elevated by the almost handheld but comprehensively put together cinematography by Parasher Baruah.

Axone is a beautifully composed ode to the intricacies and camaraderie of immigrant life that everyone needs to watch.

The film is now streaming on Netflix.