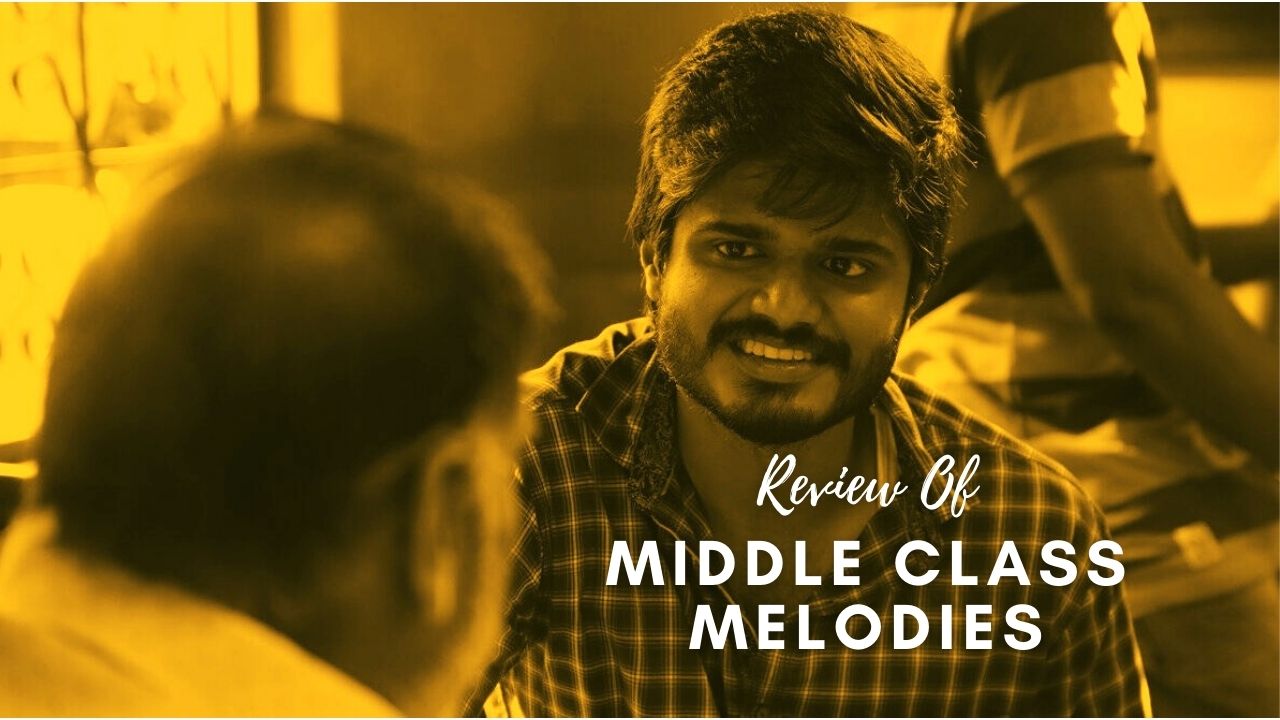 A Perfect Way To Start

The film opens with a small vignette that takes place at a Gruhapravesham somewhere near Guntur. The patriarch is walking around frantically looking to see if everything is going according to plan and one of his relatives asks a question. He wants the mother to stay upstairs, so how does he expect her to walk up and down every day owing to her knee pain. His immediate solution to this problem is to tie her to a chair and lift her up through a pulley set-up. A hilarious yet totally believable thing that would take place in a middle-class family like this. Right then I knew the film was going in a good direction because it managed to expertly set-up the themes of the film within the first two minutes.

Coming to the main plot of the film. Raghava (Anand Devarakonda) is the only son of a Kondala Rao (Gopala Ramana) who runs a small hotel in a small village near Guntur. Raghava takes care of the hotel and makes the food too. His dream is to set up a hotel in Guntur as he believes that he makes the best Bombay chutney. He is also in love with his high school sweetheart Sandhya (Varsha Bollama) but is extremely scared to express it. The rest of the film plays out as a slice of life dramedy about the small joys of middle-class society, mixing in a lot of deceptively funny moments with a good-hearted comedy of errors.

Vinod Anathoju, with his surprisingly assured debut, puts together a mosaic of beautifully etched characters that manage to constantly make you laugh and also touch you when you least expect it. In that sense, the film reminded me of Dileesh Pothan’s work in Maheshinte Prathikaram. The film does not concern itself too much with the plot but rather chooses to concentrate on characters and moments. It is predictable in its own sense, but that is by design. With his first film, he manages to immerse you in the everyday lives of these characters and I didn’t want to leave the world even after the movie ended. He is helped in this by the gorgeous cinematography by Sunny Kurapati, the breezily crisp editing by Raviteja Girijala, and the soulful music by Sweekar Agasthi that I still can’t stop humming.

A Stellar Cast of New Comers

The filmaker’s biggest assets are obviously the amazing cast that he manages to put together. Anand Devarakonda and Varasha Bollama are good in their roles. Anand manages to convincingly play a timid yet headstrong Guntur boy. While his accent slips in and out at certain points, it can be easily overlooked. Varsha Bollamma is adorable and extremely likable with her doe-eyed gaze and pursed lips. But the real winners here are the supporting cast that steals the show in every scene. From the Chaitanya Garikapati who plays Raghava’s loud-mouthed friend who believes in astrology a little too much to the cantankerous father played by Gopala Ramana who is loving yet harsh to extremely caring mother played by Surabhi Prabhavathi and many more. There is even a surprise cameo that managed to not only surprise me but cracked me up.

In conclusion, this is a film that makes you laugh, amuse, and also tug at your heart throughout the film. It understands and revels in the simple nature of the lives it is depicting, instead of going for overly melodramatic overtures unlike the recent film about photos that I would not want to mention. Do watch this gem of a film on Amazon Prime Video right now.