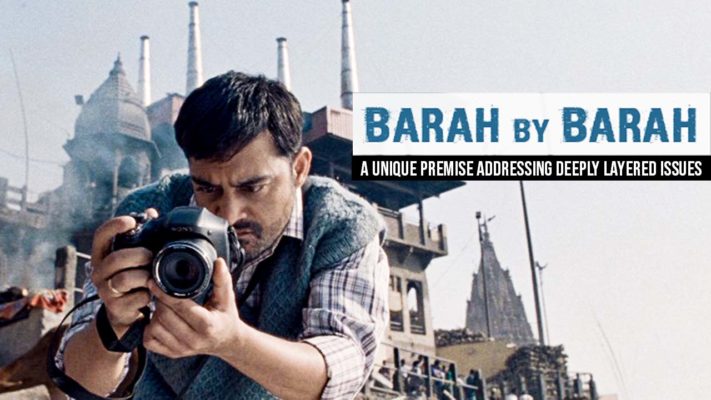 A Completely New Character And Premise

We are in an age where filmmakers are not scared anymore to make movies that have experimental premises. And in that pursuit, we get to see films that either talk about the unspoken things in society or have unique character or characters which we have never seen. Recently, I bumped into a film’s idea which has both the things that I mentioned above. The film I‘m talking about is titled Barah By Barah. I came across this film on the crowd-funding platform Wishberry. Before talking about the campaign, let me briefly take you through the unique premise of this movie.

A Story Built With Deep Layers In Its Core

Barah By Barah is an artistic narration of migration and death told via a death photographer’s life. The film captures the historic town of Varanasi, which seems to have been stuck in a time bubble, just like its protagonist Sooraj. Sooraj goes on a journey around the circle of life and death only to discover that his own death will be documented by his son through his own camera. Every single character of the film including the protagonist witnesses a unique version of migration. In the deeply rooted layers of the movie, you get to see the poetic philosophy that death itself is a migration to the other unknown world.

Talking about this unique character, the writer, producer, and director of the film, Gaurav Madan says, “Banaras has a very strong artistic vibe to it. There are stories strewn everywhere. There are characters all around you with an insane potential to be the protagonist of your next novel/movie or be the face of the next portrait you’re thinking of painting! This vibe inspired me a lot, and then I saw this character with a huge cinematic potential – the death photographer. I instantly wanted to live a film with him. I wanted to know how he frames his subjects, how he adjusts the exposure on his camera, where he focuses and above all how he copes with the fact that he is clicking human subjects whom he can never instruct!” A Unique Approach Towards A Unique Premise

Since the premise of the film is quite interesting, the makers of the film went with a different approach in making it. Barah by Barah is shot on a Film camera and not on a Digital camera. The colours, moods, and landscape of Varanasi have been brought to life by this rare medium of filming in current times. And interestingly Barah by Barah is the only 2019 Indian film to have been shot on Film until now. Talking about the same, the writer, producer and the cinematographer of the film, Sunny Lahiri says,

“One thing which is synonymous with shooting on film was DISCIPLINE and that needed to come from the entire crew. Shooting in digital regularly has definitely taken a toll on discipline for all of us because it’s just data. Film is a real, physical entity that you can hold and feel, so it’s as organic as it gets. Over the years it has definitely become a rarity to shoot on film internationally and more so in India. But if you really look on the international front celluloid is making a comeback as a lot of independent projects as well as few big studio movies have been shot on film in the last few years.” A Small Hiccup In The Process Which We Can Help With

The team behind this film has managed to shoot the film and right now it is in the post-production stage. But unfortunately, they have exhausted all their funds and are in need of money to finish the post-production of the film. As I mentioned earlier, the makers have raised a campaign on the crowd-funding platform Wishberry, to raise Rs. 10 Lakhs in 45 days. Wishberry has all or nothing policy which means if they are unable to reach their target in the 45 days, the money will be returned back to the people who have contributed towards this campaign. And right now, there are hardly 10 days left in this campaign. So, I urge you to check out this campaign and if you feel the effort makers have put into bringing out this incredible story, it is something you can relate to, do help them out. You can either contribute by spending money and being a part of the film or sharing about this campaign among your family and friends.

Below is the link to the campaign, where you can check out a few clips from the film, know about the team involved and contribute as much as you can. Let’s help this bunch of talented people in telling an amazing story. Let’s make a difference. Thank you.