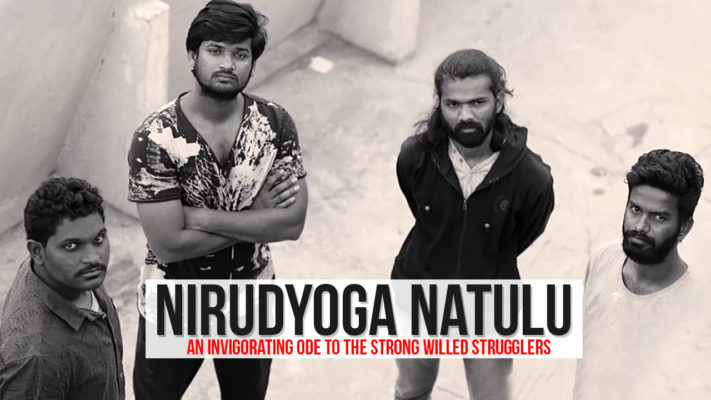 The show opens with a scene where Laxman (played by Laxman Meesala) is being auditioned and treated almost like a prop that can be moved around. I was really struck by how the creators could encapsulate the whole feeling of an actor looking for work in just 2 minutes; his desperation, their apathy towards him and lack of respect for him. Unmistakeably we are at a time where the Telugu film industry is changing at a rapid pace, be it mainstream or independent cinema. But something that we need to keep our eyes on is the content that is being put out online. This is where some of the most honest and creative work is coming out of and this is where our future visionaries are going to be found. Due to the lack of restrictions that come with stars, theatre distribution worries and sensor problems; artists are allowed to be as free and real as possible. One such show is Nirudyoga Natulu by Rohit and Sasi.

Nirudyoga Natulu follows our four leads, who are actors, looking for work in the film industry. Laxman (Laxman Meesala) and Pawan (Pawon Ramesh), who have been in the struggle for a long time, and Anvesh (Anvesh Michael) and Jagadish ( Jagadeesh Pratap Bandari) who have moved in with them fairly recently. Their days consist of trying to find roles and other menial jobs, while their nights consists of trying to find some way to get drunk and pass out so that they can wake up and do this all over again. We see them go through various trials and tribulations while they navigate the almost maze-like world of the Telugu film industry, just hoping that there is a light at the end of the tunnel. These are characters that we sometimes simultaneously love, hate, loathe, empathise and cheer for. They are extremely well realized and well-rounded in every aspect. We also meet a plethora of beautifully nuanced but hilarious characters in this journey with them. Especially, two of my favourite characters were the pessimistic co-director and the over-confident cinematographer Rahul Karan (Camp Sasi), in whose room our leads live. Even the throwaway characters, that you meet once or twice, seem very believable and feel like real people. 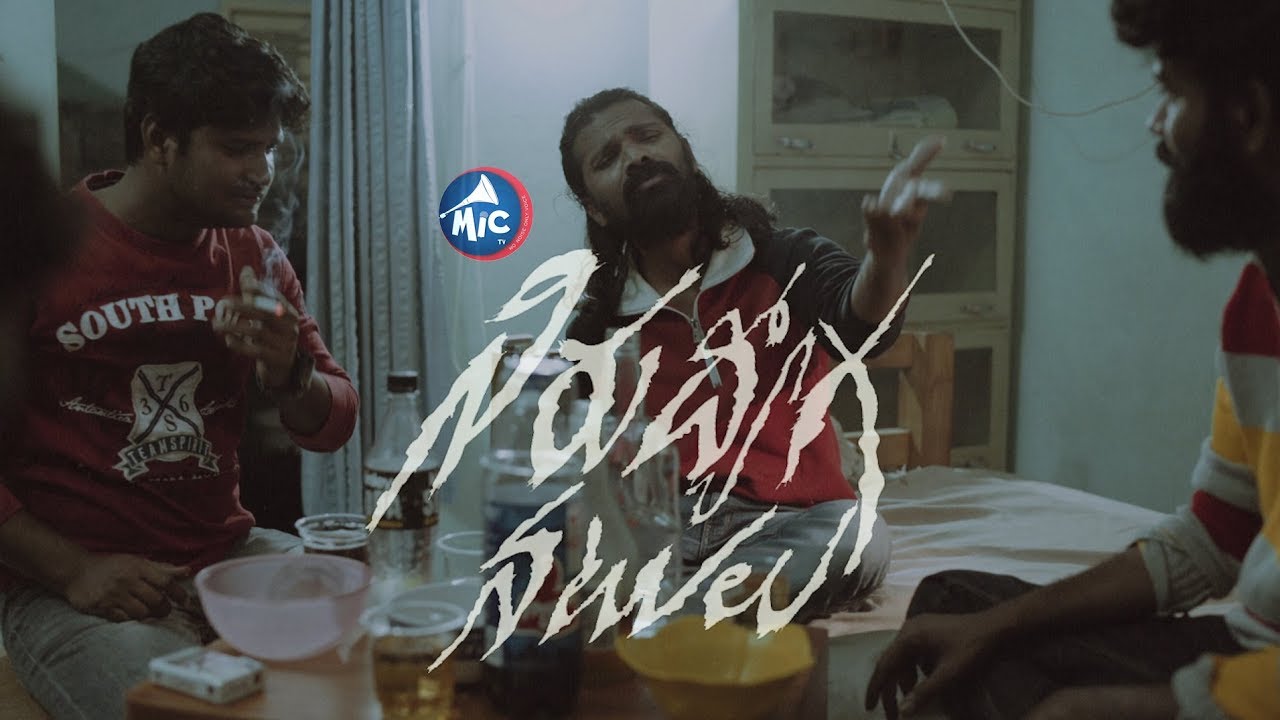 The world seems very lived in and well observed, so even the hilarity has a dark edge to it. For example, we see this in Nirudyoga Natulu, in the scene where Anvesh has to make a softcore porn film and he refuses; any other work would just stay with Anvesh, but the show makes sure to show us what the woman is thinking too. This brings a kind of authenticity that you don’t normally find elsewhere. The moment you feel like a character is really funny, the creators pull the rug from under you and you are thrown into the deep despair that these characters are feeling. We learn a lot of little things about the nature or kind of people who chose a job like this. They need to be iron-willed and should be able to stretch a penny to its limit. They need to be able to take any kind of humiliation and be able to turn into fuel for the next audition and finally, that rejection is an everyday occurrence that they should just get used to.

We see the world in a very subjective way, which I believe is because of the almost always handheld nature of the camera and the use of Sync sound. Both of these elements bring in a kind of messy unpredictability to the piece that cannot be recreated. The almost surrealistic nature of the show reminded me of the show ‘Atlanta’, in the way it uses drastic shifts in tone, the feeling of the show is very unpredictable in the format of each episode and also its very quirky use of music. Also, the little motifs like the long tracking shots during walk and talks, the darkly lit close-ups of various characters that appear abruptly during conversations bring in the feeling that the creators are very confident about how they are presenting the world to us. The beautifully rustic feel of the music by Vivek Sagar makes them more vividly realised. Especially the song that plays when Pawan goes to score some Marijuana is just a classic that needs more appreciation.

The Causal Sexism In Show Business

The show effortlessly showcases the various ways that women are treated unfairly in the world of cinema, from the maids to actresses to the models. Due to the show being mainly from a male perspective we don’t see a woman’s perspective on this, but we can see the sly commentary that the creators have woven throughout the show by showing how the male characters treat women like objects except for Jagadish and Laxman. For example, the episode where we meet Sweety we hear everyone’s opinion of her, but no one even assumes she has her own agency to do anything. Or the scene with the maid really creeped me out, but the nonchalant way in which they discuss it horrified me.

In conclusion, this is a bold and extremely well-thought-out piece of filmmaking that everyone needs to experience. In the way I have described it, you might feel that this is very depressing, but it’s not. It has a kind of optimism that is built into its narrative that feels like how the characters might feel for their life. Though it feels very effortless and almost improvisational, the effort put into it astounding. If you want to understand what attracts people that choose this life and on the flipside what scares people away from this career, please check this out and don’t miss this gem.