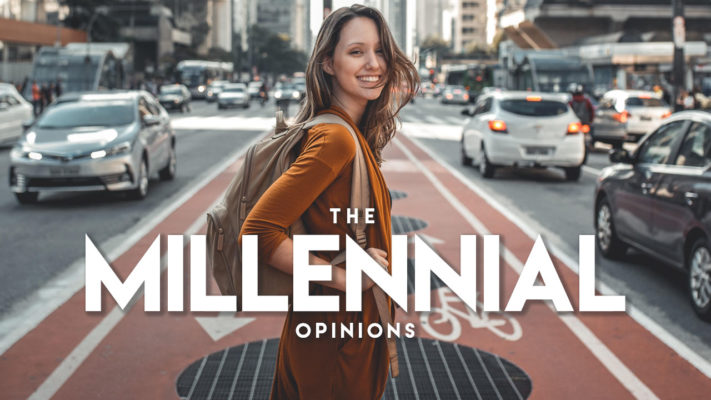 Wanna Have Kids? No Thanks!

As a ‘hopefully’ fertile Indian girl quickly edging towards her mid-20s, I often find myself being asked about my plans to get settled and start a family. My ideas about marriage kept aside, people inquire how in my meagre income of the unconventional beliefs will I support a couple of kids. Well, to all the curious cases of the aunties and uncles, I won’t. I will rather not have any.

Don’t worry. My maternal instincts of love and care are as active as my raging hormones and my set of ovaries as per my gynaecologist, “healthy enough to produce a dozen”. The reason that I don’t want to produce any offspring and the one that resonates with a number of people my age, is that the Earth now has an expiry date. And I swear I don’t think I can burden Mars or another habitable planet with the hopes of ensuring that my not-so-relevant genes make it to the worthless rat race.

From what the facts say, the human population reached the first Billion mark in about 200,000 years since Adam asked Eve out. Within the next 125 years, we doubled it and produced more to double that again within the next 45 years. And since the first coitus in the Garden of Eden, we have exhausted the little blue dot, not to forget the millions of species that we have killed; the undeniable climate change and ocean acidification that we have caused; and all the rest around poverty, wars and epidemics. Now breathe.

The irony of the situation is that we are all always talking about climate change, poverty, declining green cover rather than addressing the core issue of population, which in fact is the central cause of all of this. And the other irony is that because of population explosion the basic human needs of air, water and food that the earth was born to have in abundance, now need to be sourced and bought. And the impact has, believe it or not, pushed me further into my decision of not adding more to the already alarming population.

India’s family planning policy of ‘Hum do Humare do’ was, as the 1.3 Billion recorded mark suggests, a huge failure. We come from an ideology that believes that the more kids produced means more hands to work. But the boastful hope fails within the first few years of feeding, educating and providing the basic emotional, financial and mental care to the average 4 children in the family. The state of a parent struggling with his attempts at providing sustenance to his family exacts the planet’s struggle to sustain its 7.6 Billion and growing population. Not to forget that food is scarce, urban lodging expensive and the fact that I’m in no way willing to raise a kid who’ll probably be a thankless teen.

But Bro, What About Your Genes?

This will have some of the people in my life question if I do not wish to ensure the survival of my curly haired genetics. To that, big apologies to my ancestors, but I’d rather not be selfish enough to add another mouth to feed. A person who will annually produce about 59 tonnes of Carbon. And anyway, if there’s anything that I wish to leave behind; it is a lot of trees, a sustainable way of living and some really interesting philosophies.

This is not to say that any of you guys wishing to have kids are bad people, but to suggest thinking through the decision with respect to your capabilities of committing to a child that as John Bradshaw says, “will need 30 years of your life”; to grow, go to school, get married, have children and repeat the cycle. Breathe. And with respect to the planet’s abilities to provide it with all the basic needs, including Oxygen.

So, yeah keeping in mind that the earth cannot take it; that I, like many other millennials, would rather try the best for my survival and contentment; and because there are already some 61 Million orphaned kids and numerous animals that need a home; I’d rather not have kids.