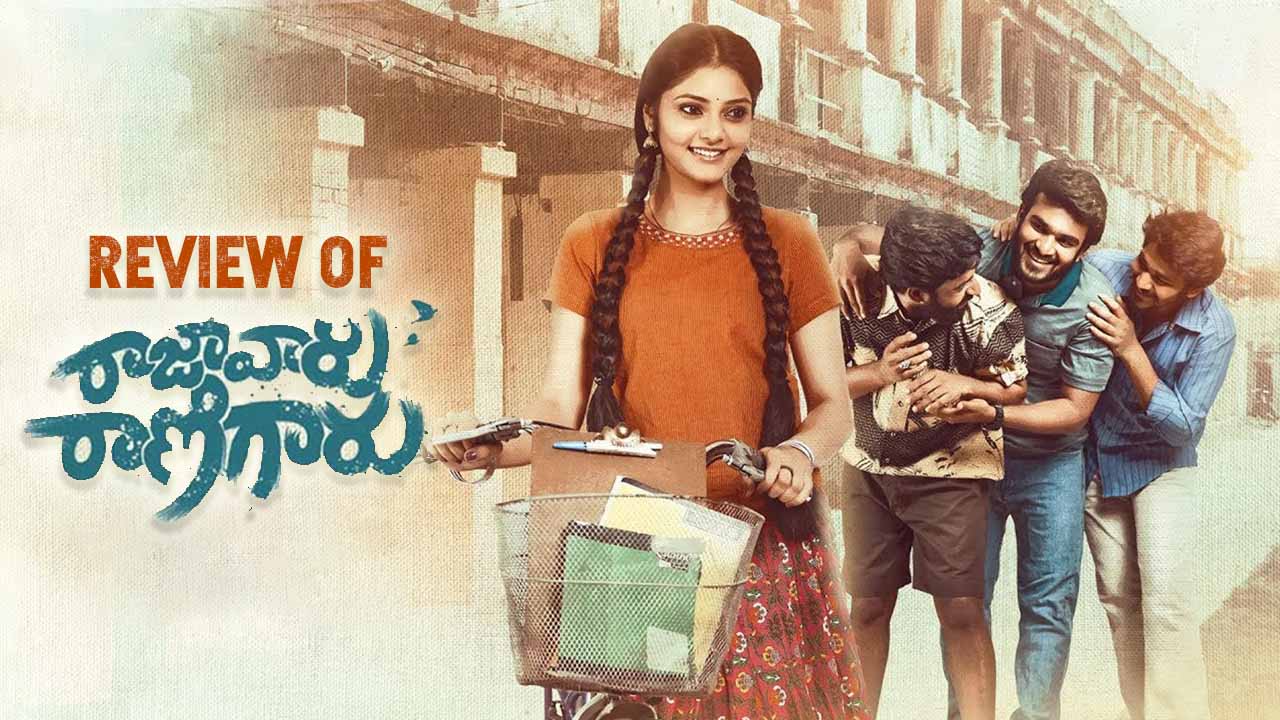 Back in the day, when my day used to start with Bhavani bhajanas and the thick humid air of Krishna River, Vijayawada used to be a simple and lazed up place which reveled in its filmy interactions and caste politics. In that context, when I used to take the ‘5 number bus’ to Andhra Loyola College, I used to listen to this term, used to describe ‘tender love’ between a boy and girl, where none of them spoke anything, but beamed with pride and joy in each other’s presence. We used to call it ‘Poothareku Prema’ (no reference available in English). Poothareku stood for a delicately prepared, paper-sweet, carefully filled with layers of jaggery or (sugar for the elite). The delicate delicacy was brought out only on special occasions, and it was consumed with as much care as it was prepared. And thus, when a ‘love-story’ involved only silent glances, half shy smiles, and elaborately planned inactions, then we used to call such stories – ‘Poothareku Prema’. The movie, Raja Vaaru Rani Gaaru out of the blue, and after a decade and a half, reminded me of this term, and fortunately it smelled and tasted the same.

Raja Vaaru Rani Gaaru, the debut feature of Ravi Kiran Kola, takes place in a nameless village somewhere placed in the lush green womb between Krishna and Godavari tributaries. The story deals with the incompetence of the main lead, Raja (played by Kiran Abbavaram) in expressing his love towards his eternal ‘girl of dreams’ Rani (played by Rahasya Gorak). In the innocent wet-mud lanes of this village, Raja’s apprehension is ably countered by his two best friends, Choudary (Rajkumar Kasireddy) and Naidu (Yazurved Gurram) who exude their own tactics to best help their friend find courage to speak up to Rani. The story moves from one failing attempt to another, as the trio start executing far-fetched plans which weirdly yield results.

As the movie progresses, Raja and Rani get to spend quality time with each other, and eventually embrace their feelings towards each other. On paper, it is a simple story with no melodramatic twists or screenplay burdened hurdles. The story voluntarily is kept to a simple boy’s quest to win over the love of his life, sometimes just to transport the viewers to the world of Raja-Rani without any preconceived notions and sky-high expectations. However, when you do step into the village, just for the pure joy of watching innocence trump over the baggage of expectations; the movie at multiple occasions surprises you with its inherent humor and snappy characters.

The Raja-Rani World Speckled With Characters…

The movie is in no rush to reach somewhere, much like a mood-piece. It asks you to sit with the three friends on a half-green canal slope and soak in their simplistic rituals, it calls you to run through the knee-soaking paddy fields puffing out care for the world, it makes you lazily gaze at the night skies and wonderfully exchange made-up stories, and begs you to stay to see a love story in the midst of a shy boy and an even shier girl. The dreamy places captured under the summer skies, and the mist laden air of the wintery nights, have so much to say about the sweet nothings exchanged between the leads. And thus, the place and atmosphere play a vital part in telling this straight-forward story. In capturing their essence, the cinematographer duo, Vidyasagar Chinta and Amardeep Guttula, use extended shots to bring the level of calmness and timelessness to the framings. The vibrantly painted walls contradict the otherwise mundanely sitting life existing within the village.

The story is as much about Raja-Rani, as it is about the characters which inhabit this world. Caste system plays a strong and yet commemorative factor in the story, not because it decides the fate of it, but it defines the existence of it. Often times we see, Caste system inherent to parts in Andhra being ridiculed down to being just political radicality or marketable buffoonery, but it has never been so adorably embraced in a movie as it is in this movie. It requires an intricate understanding of the caste system omnipresent in Andhra region, to be able to use it in passing references and co-existential unison. The director shows immense confidence to never shy away from this caste referentials, even naming his main characters, Choudary and Naidu. This confidence is also passed onto the art direction when Choudary’s scooter proudly showcases a yellow and black sticker of TDP’s Balakrishna. Without ever naming it, the maker masterfully tells us the caste of each character, and thus explaining the apprehension of the lead in speaking out his voice to some level.

The Factors Which Build The World…

The movie belongs to its cast. Rajkumar Kasireddy’s Choudary is a snappy motor-mouthed high dreaming fellow, with an innocent smile to cover up his extraordinary antics. He exudes an all-knowing buildup which is tough not to like, as he speaks with a razor-sharp dialect which delivers punches in rapid successions. He is ably supported by Yazurved Gurram’s Naidu, the calmer yin to Choudary’s eccentric yang. Yazurved uses his boyish charm to great effect when he is in situations which require him only to be vulnerable and subjugated. Both of them represent the simplistic yet celebratory lifestyle often forgotten by urban migrants. With properly fleshed out character arches, Choudary and Naidu together deliver one of the year’s finest performances.

Other secondary characters who stand out are, Shweta (Divya Narni) as the persistent lover girl with a braid-swiveling attitude, and Geetha (Sneha Madhuri Sharma) a delicate touch-me-not girlfriend of Naidu, who shine in the two or more scenes they are utilized in. Rani’s father, who is called by the village as Dealer, delivers the restrained arrogance of a man with an educated and beautiful daughter. Rani’s grandmother steals some of the scenes with the tip-tempered sarcastic remarks which remind you of the innocent insults back in the village before the F-brigade took the town.

A special shoutout to the editor of the film, Viplav Nyshadam who expertly manages to trim scenes with smooth transitions, and by effect maintaining a seamless pace for the film. Due to the narrative of the film heavily depending on the mood rather than plot, the music really shoulders the cleverly constructed montage sequences keeping the proceedings pacy. Debutant music director Jay Krish really shines while cleverly blending musical motifs of the old with the new seemlessly.

A technically brilliant film, Raja Vaaru Rani Gaaru shines when it doesn’t realize it has to tell a story. By the end of the day, the story is shouldered by its main leads, Kiran Abbavaram who maintains simmering despair and boyish wonderment with a finely balanced act. He is assured in his stepping and never comes across as someone dying for his love. Unlike Arjun Reddy, Raja here is optimistic and self-reflective, sometimes a bit more than required. On the other hand, Rahasya Gorak, who has a sparkling screen-presence, like her name remains a Rahasya for the most part in the film’s runtime. However, she delivers the films last few moments with such extreme poignancy, that you can’t help but fall in love with her elegant grace. Immediately reminiscent of that one beautiful girl who would demand poetry for her kajal bordered eyes, Rahasya Gorak maintains the orthodoxically measured reservations, that such girls in those villages are usually privy to.

All in all, Raja Vaaru Rani Gaaru is a film which relies heavily on the nostalgia of rural lifestyle left behind. When life was simpler, and everything was innocently beautiful. It is a paper-sweet film, which you’d have to watch, because it means something to you. Or everything.