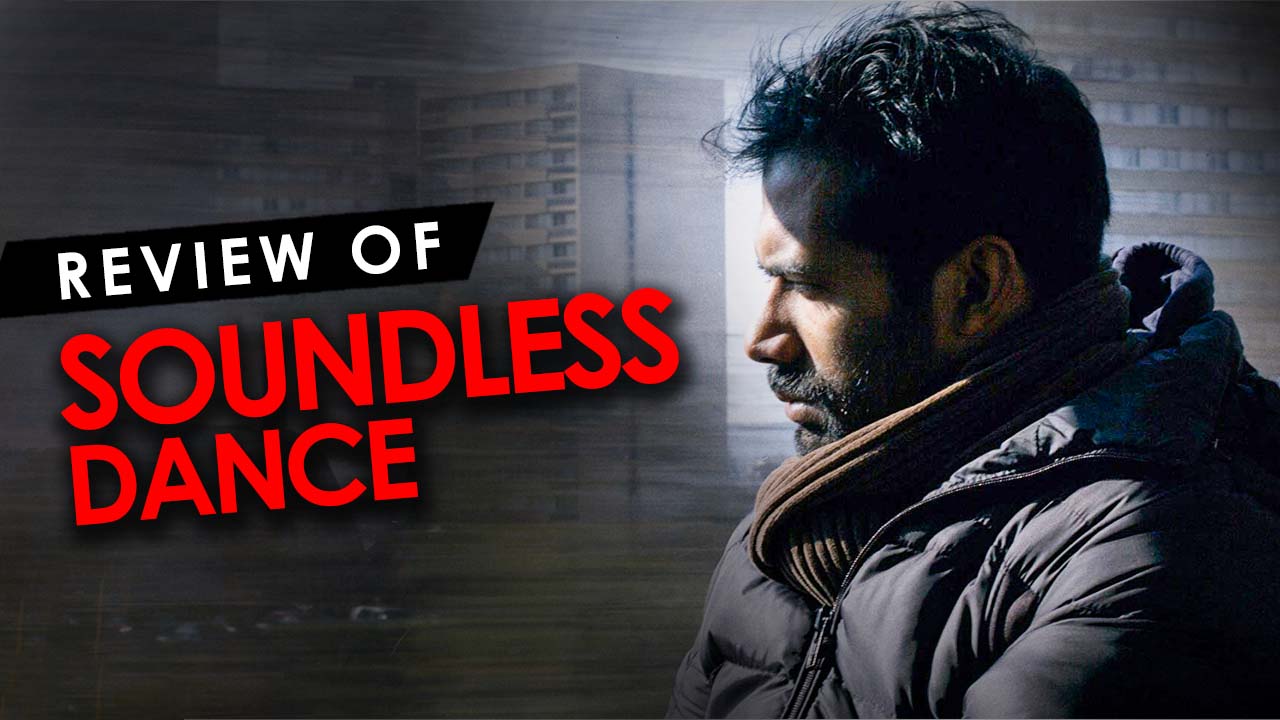 The calmness with which this film begins is astounding and inversely proportional to what it transcends to, in the span of 90 minutes. Nisaptha Nadanam is a Tamizh-French film made by a Sri Lankan-French director Pradeepan Raveendran who has been living in France since 2004, as a refuge of the Sri Lanka Civil War.  The film seems like a biographical tale of loss, tragedy and politics of war faced by the writer-director himself. The film is a moving tale of the aftermath of war and the destruction it can cause to the psychological human build. The narrative is unidimensional, in the sense that, it focuses on a singular perspective, that of a man who’s endured the trauma of the Eelam War.

The film begins with a Sri Lanka-Tamizh civilian, Siva, seeking refuge in France with the help of another Tamizh lawyer and having lost all his personal belongings in the war, he has no proof of his identity and citizenship. You expect the plot to follow this storyline in detail, finding a helping hand and so on, but this is where the film surprises you. Instead, you are witness to the post traumatic episodes of Siva, his search for home and cry for help for both, him and his family. Leaving his family behind in his homeland, Siva tries to make a living but is unable to get through a normal day without looking into the turmoil that is stifling his family and country.

There’s this scene that plays out beautifully where Siva searches for his home in France, recollects the tragic loss his family had to undergo and is unable to cry out the suffocation, traumatic visions killing him like slow poison. The manner with which Siva sinks into a devastating nightmare of the war is so organic and fits in perfectly. This completes the arc of agony choking him, each time he checks the internet and watches the videos of the war victims posted online. The lead and protagonist, Siva, played by Patrick Balaraj Yogarajan, has done a truly commendable job and has portrayed the character, emotional arcs to the tee.

Camera Remains A Subtle And Poignant Onlooker Of The Proceedings

Throughout the film, the camera is a mere witness that captures the tormenting soul of the protagonist, Siva and the rippling effects of the Sri Lanka Civil War. The psychological and emotional repercussions of Siva are contrasting to the colour palette in his surroundings and his memories of childhood have an earthy feel to it. The brownish and grey hues are directly symbolic of “home” and despite having a decent living in France, Siva’s desperate search for home is sincerely and empathetically portrayed. Even amidst the bombings in his isolated motherland, Siva embraces this feeling like a dream. Whereas, in the crowded, peaceful streets of France, Siva finds himself to be an outsider and constantly seeking solace in the news he receives from his Tamizh friends and relatives.

The war in our very backyard that went on for almost 30 years, is beautifully captured and portrayed in Soundless Dance. It is a magnificent story of civilians who were caught in the crossfire between politics and rebels, and were forced to pay a huge cost for it. When Siva reminisces his childhood, and revisits later on in a dream-like sequence, the bloody aftermath is disturbing and makes us rethink the rippling effects war can impose upon an average family- casualties, massacres, destruction and trauma. And all that suffering for what? For whom? If you ever get your hands on a copy of Nisaptha Nadanam (Soundless Dance), do not think twice and just watch this brilliantly shot and executed film by Pradeepan Raveendran. Kudos to the entire team!