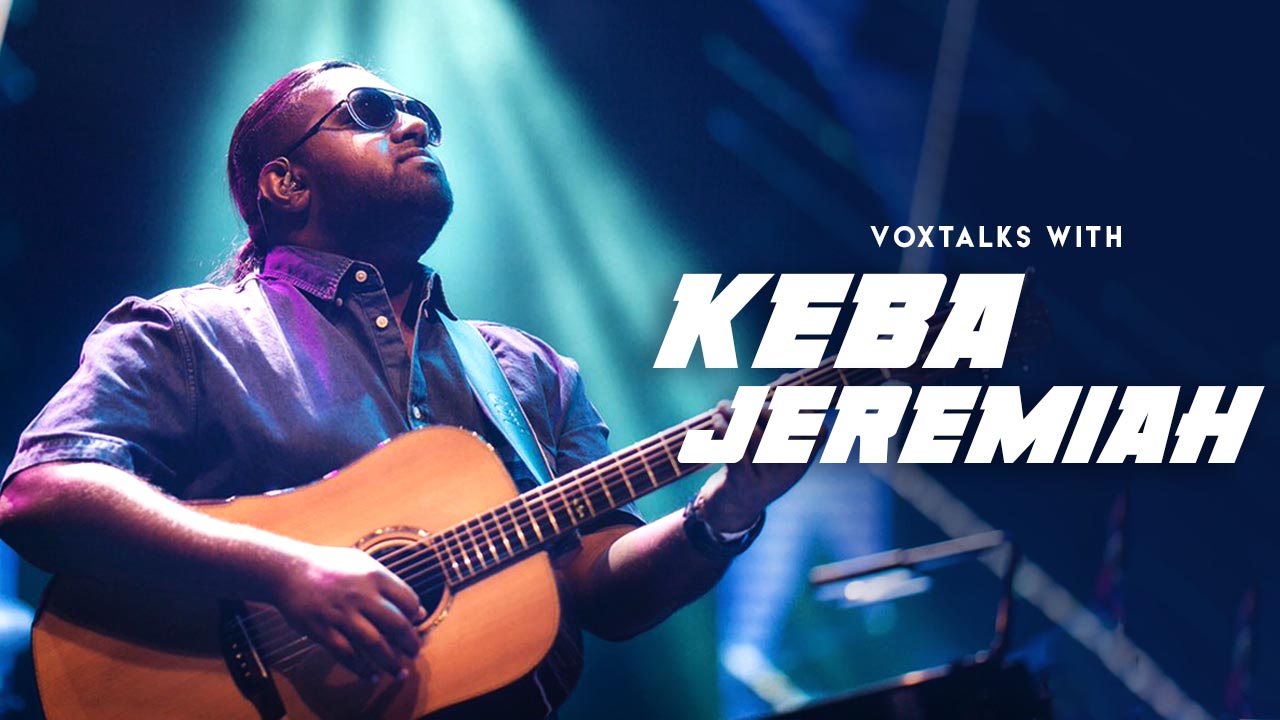 In an exclusive interview with VoxSpace, an incredible musician Keba Jeremiah talks about his foray into the Indian music industry, shares his experiences of working with the country’s best music composers and the independent music scene in India. Having come from a gospel background, Keba Jeremiah has predominantly been the lead guitarist for chart-buster albums like Kadal, Raanjhanaa, Petta, Subrahmaniapuram, Sarrainodu, Janatha Garage, etc. He has also been part of various indie music albums and composed for a Tamizh feature film titled- Demonte Colony. Here are a few excerpts from the interview:

You have been in the music industry for almost 13 years now. How did it all begin? What is the story behind your band – Fire Frenzy?

At first, I just wanted to study music and did not have any plans of being a full-time musician. Back in 2004, I started playing in my local church and a couple of people who attended, mentioned me to music producers and directors in Chennai and that was the start of this journey. Fire-frenzy was just a couple of college friends who shared the same interests and were passionate about music. Even though it was short-lived, they were a bunch of amazing guys to play with.

You are very active in both film music and independent music. How different are these two? Has it changed over the years?

The two music scenes are quite different and have been changing over the years. There is the money factor that primarily differentiates the two, in the sense that films have the money to support the arts and artists involved, and it’s the contrary for Indie music, although things have gotten better over the years. Film music has always had easy access to the masses whereas Indie music requires a lot of effort, consistency, and persistence to make sure your music is out there. And I’ve been blessed to work with the best of both worlds.

If you could compare the high you feel when you listen to your music in the theatre and when you play in a live concert, how would you describe these two different feelings?

Whenever I watch a movie that I’ve worked on I’m always trying to gauge whether or not it fits the scenarios and also how well the music complements it or not. There is always a certain amount of joy one feels when you hear music that you’ve worked on playing in a theatre. It’s a whole different ball game when it comes to live music. The energy and love of the fans is what keeps the vibe going. When they respond to what we play we just want to push the boundaries and give our best.

You have worked for a variety of music composers. Can you describe your experiences with each of them?

Genius. He is always pushing me beyond and makes me try new things and experiment even with the instrument to create new sounds, tones, and textures.

It’s always so much fun to work with him. He’s always looking for perfection and also up-to-date with the music trends which helps me as a musician to keep in touch and stay in the happenings of the industry.

Humble and consistent. I love recording with him because recordings are so organized and he is super-fast and precise about what he wants to record. It’s almost like he knows what he wants in the end product from the beginning.

I’ve played a lot of movies in my earlier days and it was always fun to play to his super groovy tracks. Recently I played on a very interesting melody track that I can’t wait for everyone to hear.

Always grateful to him because Subramaniapuram is the first feature film that I got to record on. He knows his music theory well and uses it to his best in his music.

Probably one of the best sounding music directors in our time. Even though he records very minimal layers he makes sure the song sounds full and the instruments get their due attention.

You are part of a band called RIJK. How did it form? What’s the story there?

RIJK is basically 4 friends just getting together and doing music. Each of us has already been busy with various projects but we decided that we wanted to put some quality content on YouTube. That’s how this all started. Each one of the musicians in the band is not only a dear friend but extremely talented as well. We really haven’t been able to play all that much off late as some are studying and busy with various projects but RIJK will always be close to my heart.

You’ve composed for the Tamizh film – Demonte Colony. Will you be composing for more films in the future? What are your future projects in both indie music and film music?

Demonte Colony was a movie I had a lot of fun working on. I would love to compose for a lot more films, but it requires a certain amount of commitment which I’m not able to do right now. I do hope I get to do so in the near future. As for projects, there are quite a few I’m working on currently, I feel it is always best to speak about them as and when they release because that is the nature of music these days.

13 years in the industry, how would you describe your journey so far? What advice would give the upcoming guitarists in the country?

My journey has been nothing short of amazing and beautiful. I’ve had such amazing experiences and met so many beautiful people on this journey. What I love about this is the fact that I get to learn so much from individuals and experiences and by doing what I love.  My sincere advice for guitar players is to work hard on their skills and keep going back to the basics. You need to have a solid foundation because the talent pool in this country is huge. There is a certain amount of commitment and hard work that requires consistency to succeed.

Iconic moments in your life

There’s a certain joy I feel when you play

Musicians you’d love to collaborate with

Tonnes of them but mostly Mateus Asato & John Mayer

We wish Keba Jeremiah all the very best for his future projects and look forward to his musical ventures, all across the globe.