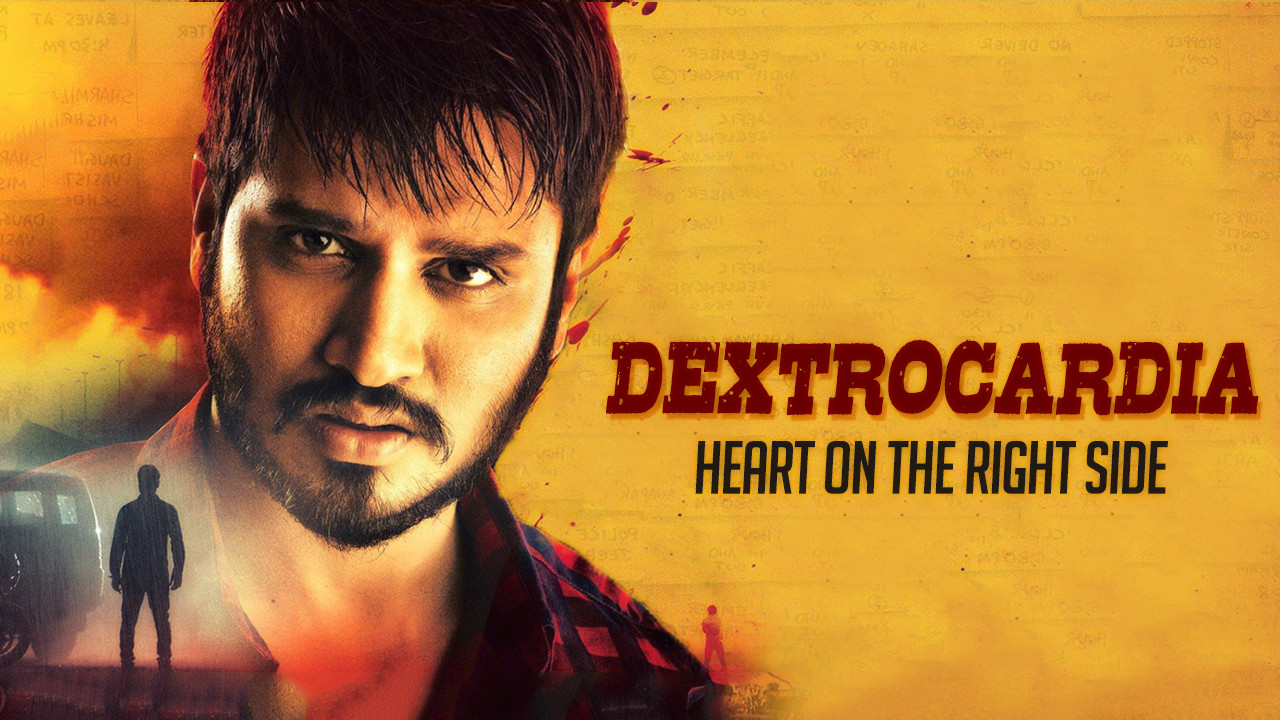 Medical Wonder In Films -- Thy Name Is Nikhil:

Nikhil Siddharth – An actor who looks clearly sorted in his head about the journey of an actor, has been keeping himself and us, audience, excited about the movies he comes up with. The actor has definitely worked hard towards it and has carved a niche for himself in picking unique subjects and challenging roles upping the game in Telugu cinema. Ever since the once ‘Rajesh’ of Happy Days let go of his compromising approach towards cinema and making it serious with Sudheer Verma’s ‘Swamy Ra Ra’, he has tripled the success rate and the satisfaction of watching a good cinema. Since talking cinema has now become a way of life especially with the mammoth success of ‘Baahubali 2’, for a while, we thought we’ll take a sneak into the science behind those strange conditions his characters possessed.

Though there is no specific condition behind Surya being a thief, his urge to always steal something is loosely termed as Kleptomania. It is the inability to refrain from the urge of stealing and is usually done as a habit more than for personal or financial gains. While the symptoms of the conditions require an obsession with stealing and can be quite extreme, Nikhil gives it a flair and style like no other. Of course, we do understand that there is no express mention that, the character suffers from Kleptomania, but certain scenes, hint at the possibility. Let us again affirm, that the actual condition is not resembling the character in any way in the movie, but if we have to categorise it, then perhaps we’ll go with Kleptomania for the major part.

It is a disorder that prevents one from going out in the Sun. It is a group of disorders that affects the skin or the nervous system. This disease is mostly hereditary or is caused mainly due to increased iron in the liver, through hepatitis C or HIV/AIDS. It is caused by lack of heme (a component of haemoglobin), which contains iron and gives blood the red colour. The production of heme that takes place in the bone marrow involves many different enzymes. A shortage of any of those enzymes can create an excess buildup of certain chemical compounds involved in producing heme. The specific type of porphyria is determined by which enzyme is lacking.

While it is usually inherited and the passing it on to the next generation purely depends on the type of gene it is. And if it is acquired, which is very rare, gets active when there is deficiency due to certain conditions of lifestyle choices.  It is estimated that it affects ‘1 to 100 per 50,000 people’. The person suffering from this is usually super sensitive to sunlight. Typically, an exposure of 30 odd minutes, messes up the patient in dangerous ways, causing him to fall unconscious and local skin damage. This was perfectly displayed by Nikhil in the movie, as he fights to bring his life to terms of surviving just in the night. His trials and tribulations owing to this, make the character one of best author backed roles for Nikhil.

Additional Info -- Some historians have speculated that King George III of England suffered from Porphyria. His mental and physical lapses were blamed for much of the mishandling of the war. In 1811, George suffered a severe relapse due to this and subsequently was dethroned by the Prince of Wales.

Case Three -- Keshava: Keshava – A Revenge Seeker Whose ‘Heart Is In The Wrong Place’ Dextrocardia

While the exact cause of dextrocardia is unknown, researchers are very much aware that it occurs during the fetal development. It is given treatment if it interrupts the functionality of vital organs. Pacemakers and critical surgeries to repair defects can help in getting the heart function normal. But, ironically every heartbeat might remind you that it is under artificial surveillance, and hence you might have to keep a lot of ‘your’ things under proper control. The exact condition of Nikhil and the extent of severity of this condition is yet to be known. But we sure hope that it makes for another terrific character for Nikhil. Catch the movie Keshava which running successfully all across this week, and let us know what goes ‘right’ for it.

Additional Info -- Dextrocardia, has been explored in a Bengali film inspired by Saradindu Bandopadhyay’s story ‘Sajarur Kanta’. Other movies which worked with the concept of Dextrocardia are -- Doppelganger (made in 1969) and Luck (made in 2009) starring Shruti Hassan and Imran Khan.

Suggestions For The Future:

So here are some of our suggestions for Nikhil to try out in the future. And these are medical conditions which we’re sure would make for great storylines and characters, and also make people more acceptable towards these conditions and their prevalence.

A. Aquagenic urticaria -- “Water Allergy” -- Water makes life really tough here, and you just have to stay away from it.

B. Alien Hand Syndrome -- “One side of the body forgets what the other side does” -- One hand’s actions are just not recorded in the memory.

C. Forgetlessness -- “Remember Everything In God Mode” -- You can remember every face you see, everything you come across.

D. Mirror Image Agnosia -- “Failure To Recognise Self Reflection In A Mirror” -- People start talking to their reflection as if strangers.

E. CapGras Delusion -- “Strangers All Around Me” -- This mental disorder leads people to believe that their close ones have been replaced by imposters.

So that was our tribute to Nikhil and his wonderful choice of movies. We do hope that his features going forward keep up the great work and make him the superstar he so deserves to be. Until next time, Ciao..!!