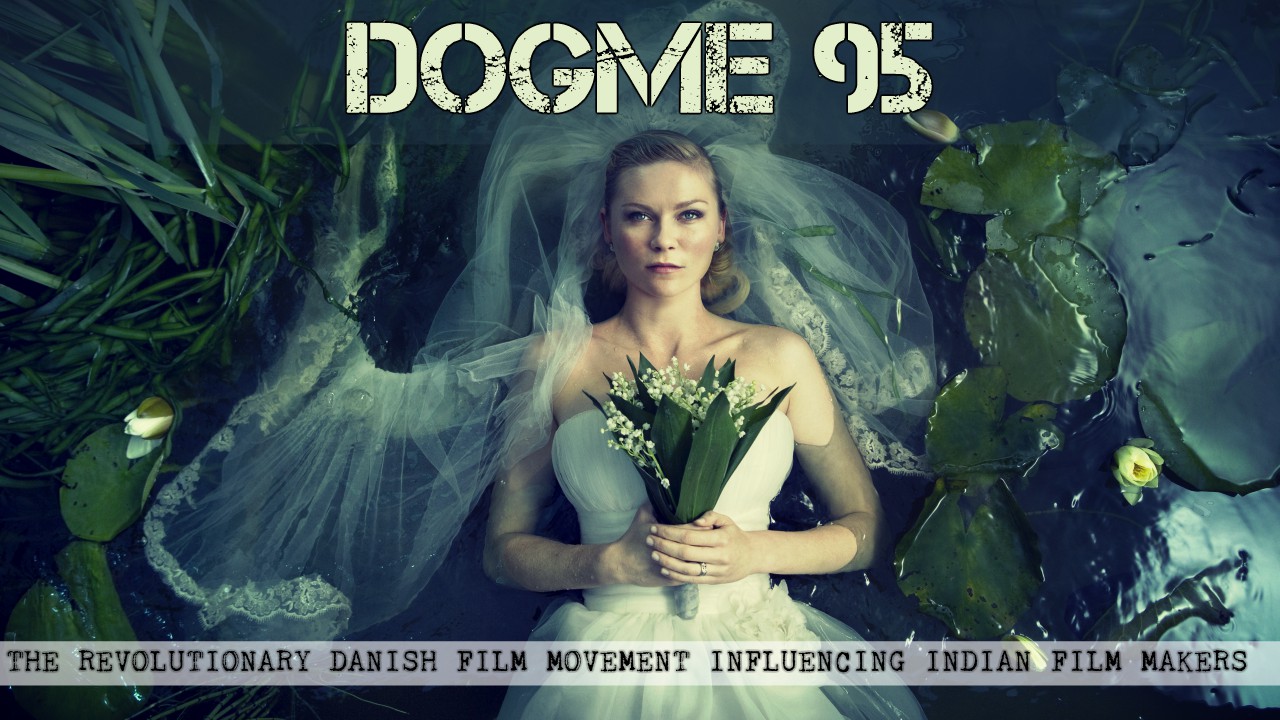 The First Question We Have -- What Exactly Is Dogme 95

It wasn’t too long ago when I was talking to a couple of indie directors, here at a cultural space in Hyderabad. While our conversations drifted into storytelling techniques, we came across a filmmaking ideology of sorts, termed Dogme 95. Now the obvious question for me, being an outsider was, what is Dogme 95? Even the term, even the make it stands for. That’s when my partners in conversation, explained to me about a Danish cultural movement, ideated and brought to life by two filmmakers there, Lars von Trier and Thomas Vinterberg. Dogme 95, as they envisioned it, was stringent and stripped off way of making a movie. Well, that’s what I, as a layman, initially understood.

Later as I went about researching it, I found it to be more than just a radical thought challenging the way our movies are made. It was perhaps the truest form of visual storytelling. As a filmmaker, you will have to abide by the rules proposed under Dogme95, to bring out the true essence of filmmaking, devoid of any frills and frivolities. It is interesting to note that, although this western revolutionary thought process did result in some markedly well-made movies, it couldn’t really pick up on the world stage.

While I looked out for reasons for this, I came across a few reasons majorly hovering about, the spectacle of the movie getting lost. Yes, well, truth be told, you can’t imagine making an Avatar or Avengers within these confines. However, for movies which are made within a budget, or even crowdfunded, these rules of Dogme95 gets you a structure to ensure best of the quality in the tightest of monies. You can see how well this works.

The Structural Rules Of Dogme 95: The Influence On Modern Film Making

“Once you know the rules, you know the cinema,” said Steven Sodenberg, when quizzed about his style of filmmaking. He went to say that every director, or for that matter even a storyteller, has some rules that he’s drawn to himself. Once you identify these rules, you know what his voice is. Perhaps, that is where our discussion of Dogme 95 shapes up from.

You see, these are a collection or a set of rules, which try to unify the different voices of filmmaking. The unification, as per this theory, gives a level playing field for any storyteller to evolve his presentation. So, the following are the rules which Lars von Trier and Thomas Vinterberg have drafted up for filmmakers under Dogme 95. The list is often called as “The Vow Of Chastity” and comes across in the Dogme 95 manifesto.

1. Shooting must be done on location. Props and sets must not be brought in (if a particular prop is necessary for the story, a location must be chosen where this prop is to be found).
2. The sound must never be produced apart from the images or vice versa. (Music must not be used unless it occurs where the scene is being shot.)
3. The camera must be hand-held. Any movement or immobility attainable in the hand is permitted.
4. The film must be in colour. Special lighting is not acceptable. (If there is too little light for exposure the scene must be cut or a single lamp be attached to the camera).
5. Optical work and filters are forbidden.
6. The film must not contain superficial action. (Murders, weapons, etc. must not occur.)
7. Temporal and geographical alienation are forbidden. (That is to say that the film takes place here and now).
8. Genre movies are not acceptable.
9. The film format must be Academy 35 mm.
10. The director must not be credited.

But why these rules? Why deny the spectacle that people pay to watch. Why would someone, as a filmmaker, restrict his fantasy coming hard bound to these 10 rules of the Vow of Chastity? Well, rather than I explaining it’s better we hear it from one of the proposers of Dogme 95., Lars von Trier

The Cinematic Influence Of Dogme 95 On World Cinema

In 1998, Lars von Trier was hailed and booed equally when he released his major contender at Cannes Film Festival. The movie work in question was “The Idiots”. The movie shot entirely on shaky cameras, talked of a group of orgy-loving rebels, who acted deranged when in public. The Idiots was one of the first films to emerge from the Dogme 95 movement. And thus, “The Idiots” flagged off this movement, and thus in the years to come, many other movies would emerge with these rules. Although Thomas Vinterberg’s The Celebration infused Dogme 95 before The Idiots, for practical purposes, the latter defined the whole structure properly.

“I swear as a director to refrain from personal taste,” Lars von Trier spoke about the manifesto. “My supreme goal is to force the truth out of my characters and settings.”  The directors taking the “Vow of Chastity” were being called the Dogme brothers, for their rigorous and raw filmmaking. Suddenly. with Dogme 95 helming it, Danish filmmaking culture and influence began to reach out to various film communities worldwide.

Later, the movement had new partners in the form of Kristian Levring and Søren Kragh-Jacobsen, thus forming “The Dogme Brethren”. Eventually, world movie makers started adopting this style of storytelling. French-American actor and director Jean-Marc Barr was the first non-Dane to direct a Dogme film: Lovers (1999). The American Harmony Korine’s film Julien Donkey-Boy also was considered a Dogme film. The most notable films made within Dogme 95 principles are, Festen, The Idiots, The King Is Alive, Fuckland, Italian for Beginners and more (visit this site, to know the whole list of movies)

Dogme 95 inspired storytellers and filmmakers across the globe to adapt its Vows, in their works. Although, the concept of Dogme 95 faded out at the turn of century, as the film business could not afford such stringency. The business, you see, worked with more than just 10 rules of chastity. Dogme 95, thus became a concept which looked workable on paper, not so much on a practical level.

However, the concept was still an interesting experiment, and filmmakers selected a few rules and partially utilised Dogme 95, in their movies. One such movie was a Malayalam movie by the name Karma Cartel. Karma Cartel spoke of India’s growing economy and fast cash culture that the modern Indian youth are enticed by. Told through the actions of 6 people living different lives, the plot is interconnected through a single thread, easy money.

We have another Indian movie, specifically a Telugu Movie going for with the Dogme 95 concept. The movie in question, Needi Naadi Oke Katha, directed by Venu Udugula, is set to be the first Tollywood Dogme film.

Speaking about how he was drawn to the Dogme 95 format, he said, “While working as an assistant director, I got to know about the different waves of filmmaking. I came across the manifesto when I was thinking about making a movie with natural settings on a low budget.”

The director, says he has taken up only around 7 principles of the proposed 10 in the manifesto, owing to various technical plausibility. The movie, Needi Naadi Oke Katha, stars actor Sri Vishnu, alongside many other newcomers. The film is being produced by Nara Rohit. Venu Udugula goes on to say that Dogme 95, when appropriately used, reduces the considerable cost of filmmaking, and allows for the overall growth of the industry. As the makers of movies under Dogme 95 believe,

“Sometimes giving yourself complete freedom means arresting your creativity with unlimited possibilities. But, you put that creativity inside a box — it’ll find a way to break free”.

10 thoughts on “[VoxSpace Selects] Dogme 95 : The Revolutionary Film Making Movement Which Is Now Coming To India”