[VoxSpace Life] The Big Fat Indian Wedding : And Everything That Goes Down With The Ceremony 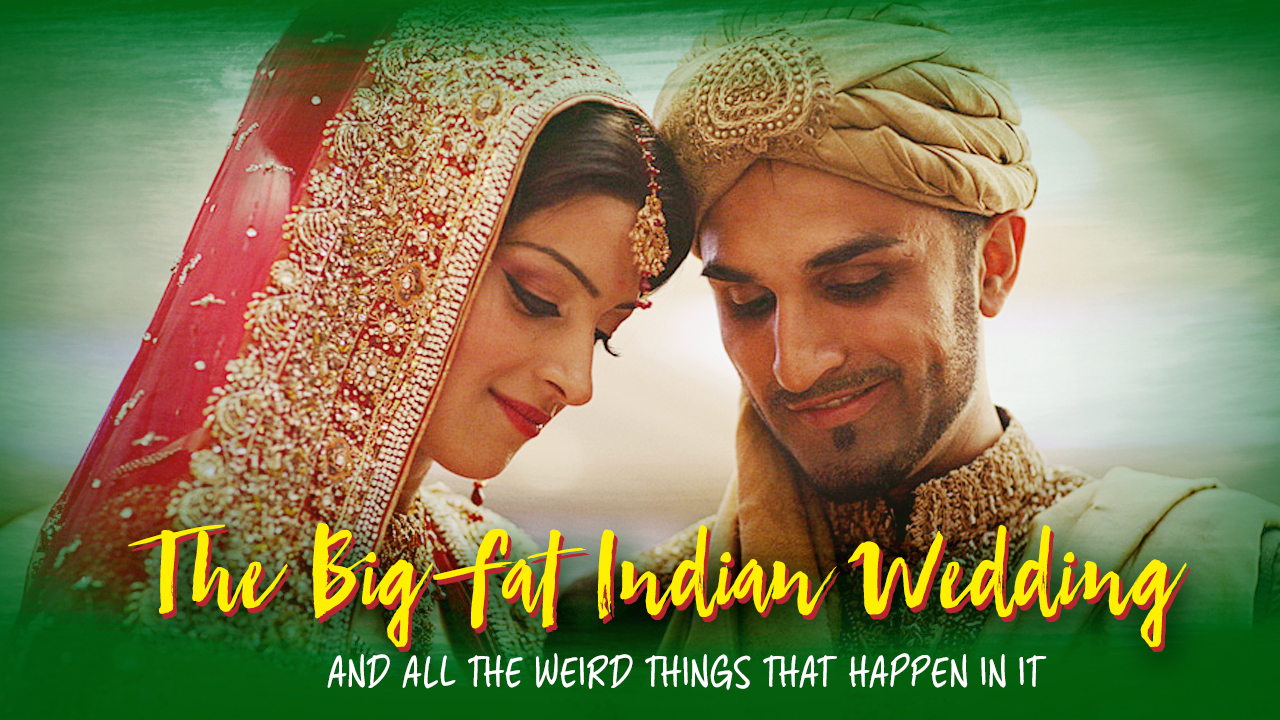 Indian Wedding – Thy Name Is Money Poured Onto The Ground

In your entire life, if you’ve attended an average Indian wedding, you totally know/understand what this article will be about. Try to remember the last time you’ve seen a simple and a down to earth wedding. No? Me neither. Because in India, it doesn’t matter If all your life you’ve been rich, poor, or middle class. Your wedding will definitely be super posh and luxurious. Like, I once remember once my cousin asking his dad to buy him a car, and his father replied, “Beta, Hum middle-class log hai” (Son, We belong to the middle class). And the same father ended up spending 75 Lakhs on his son’s wedding (So, middle class, right?) If you’re thinking this is just the case of rich people, and not everybody is into the magnum opus like weddings, let me tell you all a very relatable and short story. I’m not even exaggerating when I say that, there are fathers in India, who start saving up money for their kid’s wedding, ever since they were born. (Girls, relatable right?)

Big..Bigger..Biggest Wedding Ever. The Trend Is Infectious

And if you’re still wondering how big, and large scale, I’m talking about? Well, the average number of guests you see at an Indian wedding range from 300 to 1200 (could be even more too). You’d be surprised to know that, this the highest for any country. (Yayy! we are on top, again). In the US, the average is 150 guests.

While I sat down and was doing research for this article, I found out this very interesting fact which might shock you, We (India) even holds a Guinness World Record for ‘Largest Wedding Reception Attended’ by 150,000 people (wow) at Madras, which was Late Jayalalitha’s (CM of Tamil Nadu at that time) foster son’s wedding. The wedding was even reported to have cost 750 million rupees (US$23,299,162), With only the food and catering alone costing an estimate of 20 million rupees (US$621,311) (enough of the internet for today). Let’s Run A Questionnaire Upon Weddings, Shall We?

Now, to ask some questions, how did the concept of two people beginning their life, slowly became an esteemed prestige issue within our society?

Because, people will judge you on the basis of how much money you have spent on the wedding, (just like they judge every other thing in the world). I mean, If you ask any random Indian parent – How much do you think my marriage budget should be? They’ll reply (with no doubt) ‘At least 100,000 more than the maximum amount spent by our neighbour/relative on a recent wedding of their son/daughter’. I have attended 100+ marriages and there hasn’t been a single case where this statement is proven wrong. Do you see the problem here? I didn’t know since when have weddings have become Biddings.

The Imperative Weird Things Which Happen Only At An Indian Wedding

Adding to all these things, When the actual wedding day comes, you definitely must’ve seen the below stated things at an Indian Wedding:

1. The food. Lots of it. As a matter of fact, that’s the primary reason/thing 90% of people will attend the marriage for (and will judge you on). And, yet here again, I found this disturbing fact, that a survey conducted by TOI shows that, annually, Bangalore alone wastes 1000 tonnes of quality food during the weddings, which is more than enough to feed 3 crores people.

2. The Orchestra, Music Band, and a DJ from the previous century (Who always play the same song ‘Tujhe Dekha Toh Yeh Jaana Sanam’ from DDLJ). And all the drunk Uncles and aunties dancing to the song like people from Mad Max movies.

3. The actual people are always ignored. (Guess who?) The bride and the groom! If you look at the scenario, Parents, Uncles, Aunties do all the work starting from exchanging pictures and horoscopes to conducting full-end Interviews and undercover operations about each other. And now that all the family has the approval of the other family. Only now (ironically), the bride and groom come into the picture. They then talk to each other on phones and end up liking each other (naturally in most of the cases). You see the problem here? The ones who are the centre of the entire event, are the same ones who get to talk to each other at the very end.

4. The always pissed off uncle. There’s always that one uncle at every Indian wedding, who comes to you after the lunch, with enough laddoos stuffed inside his mouth, And complains to you about the food, This one man can find faults out of nowhere, And what’s worse is they point it out in front of you. (In fact, that’s the sole purpose of his divine visit).

5. The 3-day package. In India, the weddings are never complete in a single day. We always like it the 3 days way, some like it the 1 week way (some even make it a 1-month thing, as if it’s a vacation). You always have to save all your office vacation leaves, because you never know which wedding is coming to your way, So clear all your office, work, and college schedules, Why? (because of Bhai Ki Shaadi).

6. The guests. Oh my god, it’s like a whole new town you’ve never seen before. Especially if you belong to a village, the whole village has to be present there to attend the wedding, I always fail to understand the logic behind why there are so many guests at an Indian Wedding, (I mean, I’ve been to like, 20+ marriages recently where I don’t even know the name of the bride and groom).

7. I saved the best one for the last. The ‘You’re the next in line’ Aunty. As if all these things are less annoying, this desperate aunty comes to your way and says, ‘Beta, You’re the one left’. (Thank you, aunty, thank you for reminding me that I’m unmarried)

So, clearly, We have all forgot the sole purpose of existence of weddings, That it’s a pious thing, this is where two souls get together and accompany each other for the rest of their lives. There is no need to create such huge extravaganza just to get validation from the society. OK, enough of Gyaan for today, Ok Byee!