The Arjun Reddy Effect : Why Is The World Going Crazy With This Film And Why Is It So Difficult To Shake It Off 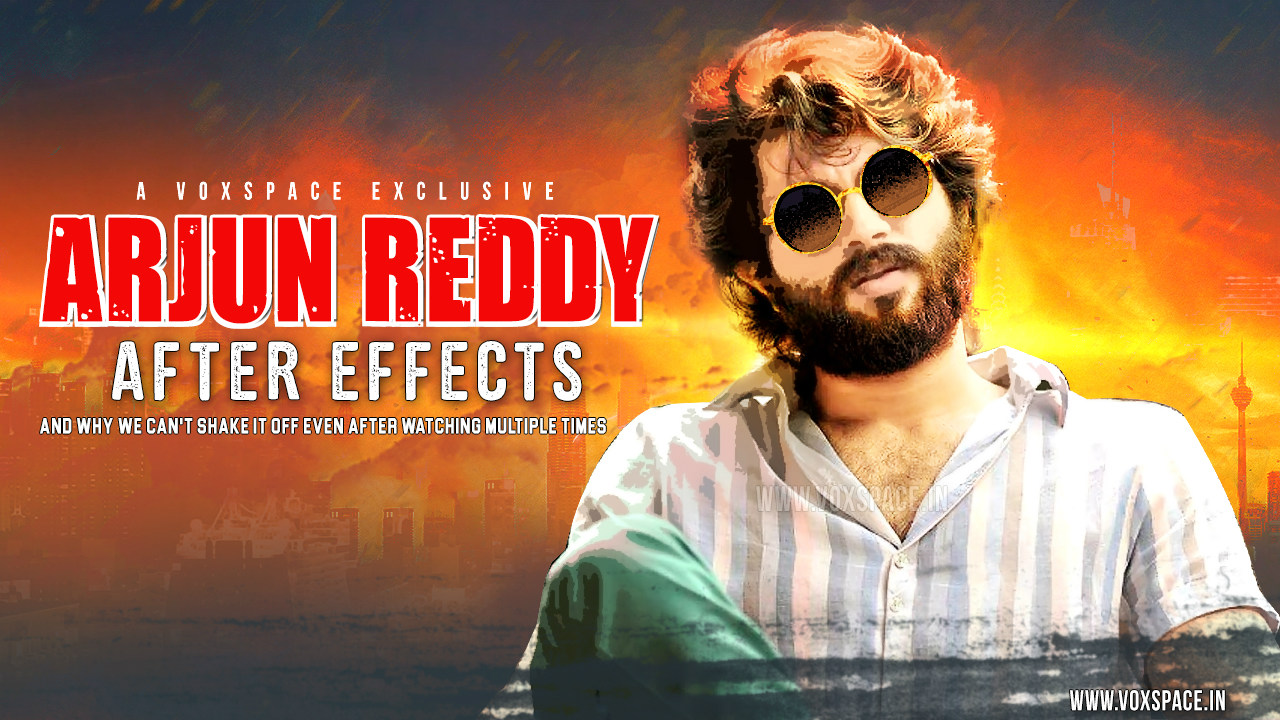 It is like sipping on a well-fixed drink, its taste gets injected as it goes down the throat and gradually leaves one high. This Hangover has been the effect of watching Arjun Reddy a movie with a quick shift of emotions that pass beautifully between the characters Vijay Deverakonda Sai, Shalini Pandey, Rahul Ramakrishna and the very talented crew.

Being Telugu and living in the U.S did not make me feel away from Home at least because we are as excited as the students or youngsters in India who queue up to purchase tickets for a premier show. This, in fact, is a tradition for most of us. I agree the tickets are pricey for my kind of first-day first show watchers, I can vouch for the audience saying we have a satisfaction in spending if the movie meets its objective of entertaining. One such entertainer in the recent times has been Arjun Reddy. We do not dismiss the fact that there have been content oriented films in the past, but the direction that this movie provided its audience is a blend of friendship, intimacy, tragedy and love. This film’s proficient Director Sandeep Reddy Vanga might just lived this statement by Peter Jackson

The most honest form of filmmaking is to make a film for yourself.

Suffering Is Personal – And Why This Personal Thought Is Universally Loved

I am not reintroducing Arjun Reddy to any reader as I believe by now, you must have watched it at least once, if not twice like I did. Its background score, the melodious tracks, rib tickling dialogues, characters played by lesser known artists, the chemistry between brothers, concern and warmth between friends all in one film is just overwhelming to pen down. The script flows through a thought process which leads us to believe that films are drawn from real situations and incidents. It nails this point with a noticeable support from the actors who did more than justice to the characters they played. The attempt to fuse philosophy through the grandmother’s character – played by yesteryear’s actress Kanchana was effective “Suffering is Personal” she says, dialogues like this make the hearts sink. The story line here, was “Love between the leading cast” which we are aware, is not different from many movies brought to us earlier, but the difference being the story telling and portrayal of characters in a manner, most layered with reality.

The after effects of watching this film have been alloyed. Even after days of its release, I know people who still discuss it in excitement for watching again, some in praise for bold and sensible move in Telugu cinema, some in love with the director and the cast. Surprisingly this film sent ripples of thought or a feeling of nostalgia and for a few it created an urge to be in a relationship or to find that “one person who would be most affected by our death”. This is an impact that pulled some people to the core and made them realize some missing pieces of their puzzled lives. Others want to appreciate their partners for the love and sweetness their shared.  It was a story that made its viewers walk through their college days and reminded them of memories that were buried for a while. This for different reasons left some with an influence and hope to look forward to a warm relationship like one between the characters Arjun Reddy and Preeti.

Yes, this movie made sense, it pointed at issues deep rooted in our society like abuse of student life, casteism, social inequality and forced marriages. This underlining message, through an intense love story with a talented and appealing cast has brought breakthrough in the way audience would receive a film. It only left us with a desire to welcome such films and this illusion of a movie replicating real lives is worth a second watch.

Since You Are Here: