VoxTalks With Shreenath Muthyala : An Artist For The Modern World And A Genius Aboard A Revolution 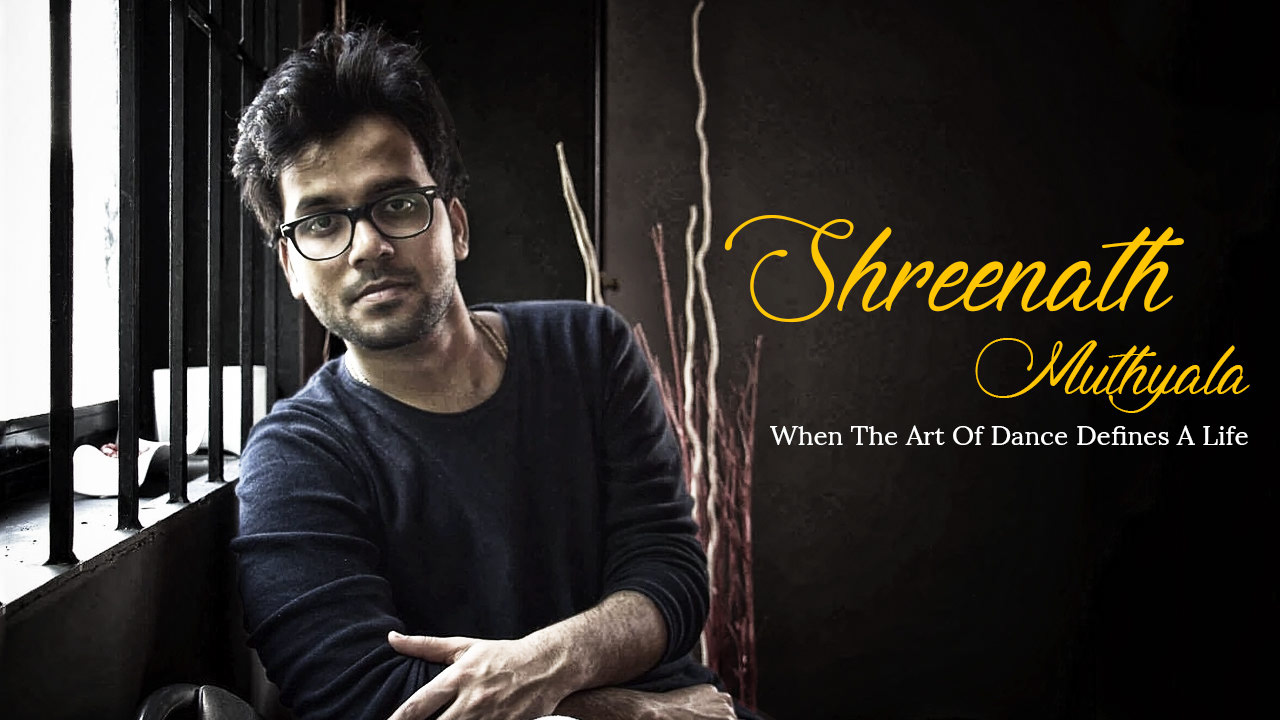 Widely recognized for his classic edge choreographies and often cited as one of the leading and upcoming artists in the International dance community, Shreenath Muthyala is one zealous choreographer who dreams of creating art with passion and vision. A postgraduate in Computer Science from the City University of New York, he also holds a degree in dance and theatre from Peridance School for contemporary and ballet, New York.

Over the years, Mr Muthyala had managed to train himself in several dance forms such as ballet, contemporary, modern, jazz and several other world folkloric forms. Currently, he also leads a community outreach program for underprivileged dancers and artists across several Indian cities. He had also been training in the Sufi forms of expression, including Whirling Dervishes, under the Turkish Semazen Bashi Sheikha Khadija.

The World Recognizes The Soul Of An Individual

The much-acclaimed dance drama of his, titled “Padam” was chosen to be screened at the launch of Marg Foundation’s “Contemporary Dance in India”, which was guest edited by Astad Deboo and Ketu. H. Katrak. Most recently, he was invited to present his choreographic work titled “Back to the drawing board’’ at the TEDx Hyderabad 2017, which ended up receiving rave reviews. Shreenath Muthyala – The Start Of An Incredible Journey

The tunes of native folklore that his mother hummed to him when he was a kid, the Qawwalis of Nusrat Fateh Ali Khan, the Shehnai of bismillah khan, and the songs from the times of war and freedom struggle that his father introduced are what Shreenath considers to be the building blocks that moulded him into a storyteller that he is now. Challenging personal experiences and the struggles he had encountered over the years had taught him to fight the odds and become the artist that he is today.

His father, who worked as a typewriting assistant is still a struggling film distributor. And from what he recalls,

“The Film Posters my father had in the offices became our bedspreads and the projector glass pieces that displayed advertisements in theatres were used to cover teacups and utensils. My brother and I used to stay awake all night to replace buckets filled with rainwater leaking from our roofs of the huts we lived in. Everything came to us in a manner that we least expected.” Focusing On The Brighter Side And Hope

Mr Muthyala credits his mother for teaching him to be optimistic and to always look at the brighter side, no matter how hard the life gets. With changing dynamics in film distribution business and the transformation of theatre formats from reel to digital, his father struggled to make ends meet whilst encouraging Shreenath to pursue performance art after noticing his talent and interest in the same. While his mother stitched his dance tracks, his father dropped him off at the dance classes situated afar from where they lived. This was where his path to pursuing the passion was paved.

He had set out on this ambitious journey, aspiring to tell the stories in the best possible manner, with a strong belief in the power of storytelling that could change a life, a community or a country. It is interesting to see the world through the eyes of this visionary artist as he proves that the canvas of storytelling through dance or filmmaking can change lives of people.

Salaam Bombay, Oscar-winning A Girl in the River: The Price of Forgiveness by Sharmeen Obaid Chinoy, Born into Brothels, and Steven Spielberg’s Schindler’s list are a few works that he was impressed with. Storytelling Through The Art Of Performance

“I strongly believe in the power of emotion that drives a story into the hearts of the audience, informed or otherwise,’’ says Shreenath.

As a cross-cultural art enthusiast, he set out to experiment with elements of emotion from dance genres that existed in Europe during the 17th century and blended it with an equally emotional and a complex courtesan cultural element of South India, thus giving birth to the critically acclaimed Padam. The age-old belief that the dance culture in India encompasses both the physical and spiritual aspects, and ensures a seamless connection with drama and theatre, is evident in his choreographic works.

A life faced with several adversities and setbacks had also taught him to be hopeful. “Good things come your way when you put every good thought into the work you do,” Shreenath says.

The Struggle Behind the Scenes

Shreenath’s journey as an artist has been challenging because creating a language and a piece of work that is original in its approach whilst having the power to make its voice heard is a process that is to be dealt with patience and determination.

An artist should have the patience and courage to create and to face criticism that he might receive. He believes that understanding the true potential of a story that he/she is working on can automatically make an individual more responsible.

“The entire process is exciting and exhausting. But what keeps me going sometimes is that one note of a keyboard, one statement in a particular story, one moment of absolute silence. It is that one point where I both find and lose myself at that very exact second. That is exactly what I live for.”

To be able to serve this world by sharing art is a process filled with immense pleasure, gratitude and love. It is almost equal to sharing your piece of bread to feed a toddler and watch that happiness in his/her face.

“To be able to make a difference in any entity is the single most satisfying thing I could think of,” Shreenath states, talking about what makes him content.

His current work involves an untitled project, a film based on true events as well as a massive dance drama set in the backdrop of the Bengal famine of 1943.

This genius on board stands as an inspiration to many by directing several artists around him in understanding that most things can be accomplished with dedication and focus.

“This world needs more and more storytellers with integrity and passion who believe in its potential fully. If it can inspire even a single person, the purpose is achieved” he adds, as a conclusion.

We cannot wait to see him going all the way!!!