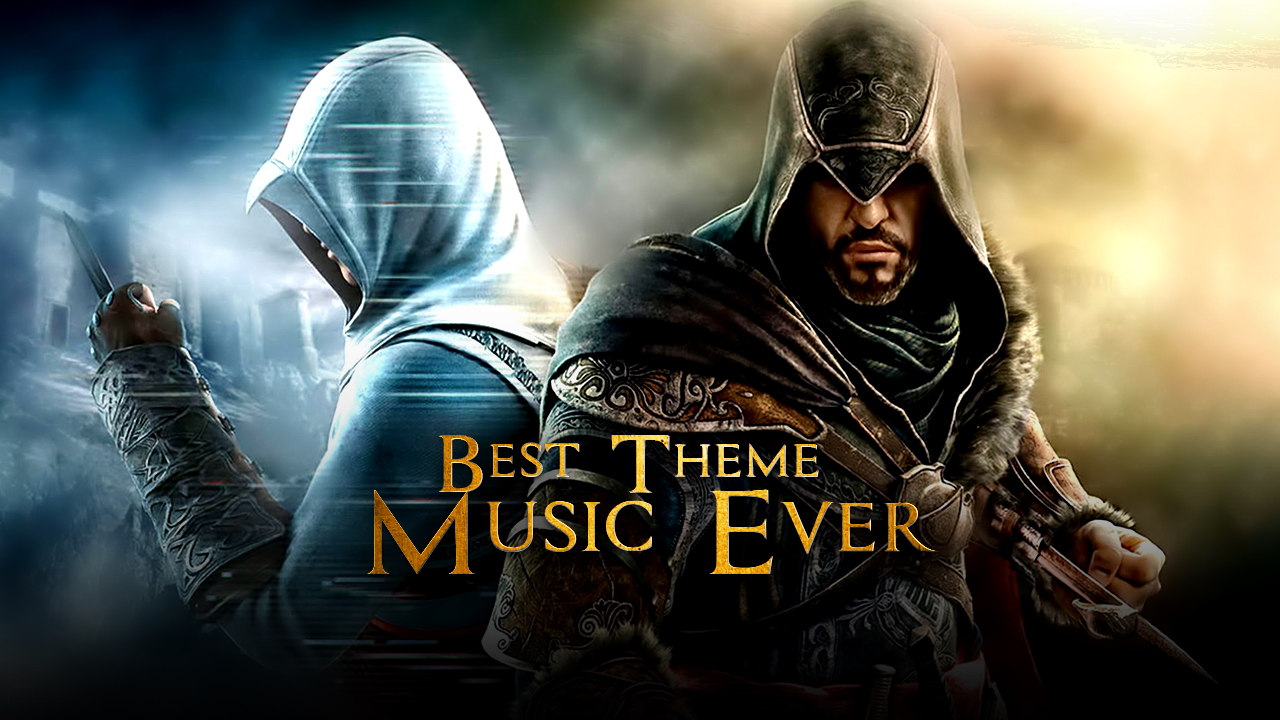 The Evolution Of SoundTracks In Video Games

Being an out and out 90s kid, I had the fortune of watching the evolution of video games, literally. Right from 8-bit video games like Dave, Prince of Persia till the recent Assassin’s Creed, the evolution of video games is quite exemplary and a delight to walk down the lane. Apart from gameplay, visuals and the game’s central theme, it was music which kept me engaged throughout the games and even made it a fun fare. These theme tracks of video games became a household name for many video game fans, and bring a brilliant nostalgic appeal even in the year 2018!

There are many video game fans who keep the ringtone of their favourite video game themes which keep them motivated and entertained to date.

A theme track for a video game was short, sweet and also gave an overall impact of the game to the player. It was like a primer for the player to get prepared for what’s out there and keep the gaming spirit going! It is no surprise that video game soundtrack has become a genre by itself and on par with any Hollywood film music!

With more innovations in video games happening and virtual reality becoming the trend these days, I decided to take a reverse route to list the best video game theme tracks which not just make my day brighter but for many video game enthusiasts across the globe.  We begin with the initial 8-bit arcade games till the most advanced PS4 and XBOX games which are challenging the gamer’s senses.

This game isn’t as simple and innocent as the character Mario looks, for sure! However, the theme music has a tinge of playfulness coupled with an adventurous spirit and the funny little sounds when Mario has the mushroom or jumps over the end of the flag can never be forgotten! No matter how many versions of Mario video games came up, this game theme will remain forever!

A breakthrough game which had Arabic origins and the music reflected the same. Usage of harp and interesting Arabic sounds made this an instant favourite! It is also one of those revolutionary games which brought a star status to video gaming industry.

It was those days when Nintendo Gameboy and handheld video game analogue devices were making the trend so much that it became a status symbol for a kid to own it! Donkey Kong is one of those games which is tremendous fun, stress busting and at the same time a tough nut to crack.Nevertheless, the soundtrack of Donkey Kong is quite melodious and eternal even till date.

This was one of those games which got the adrenaline running with its multiple gun powers, Rambo-like lead player and fantastic gameplay. The theme music had a persona of its own with lots of techno, disco and also unique sounds which were so much in vogue during late 80s. No kid who has witnessed the video game revolution of the 80s-90s era can forget that thunderous theme music!

A game with Russian origins, this puzzle marvel has an amazingly melodious tune. There were many instances when I was carried away with the music so much that I missed out the blocks! Interestingly, it is composed in western harmonic minor scale which has some classical brilliance as well!A theme much ahead of its time for sure.

For all those who got bored with western theme music techno, this was like a whiff of Eastern air. The zen-like sounds with an impressive tune, is what makes it quite enjoyable. It would be hard to believe that this tune is based on Indian raga Suddha Dhanyasi! There was a sense of excitement as well as peace which are associated with this theme.

A super cool funky biking game definitely needs a brilliant theme and this game offers it all. The peculiar sounding with a tinge of hilarity is what makes it an all time favourite. An impressive bass line is another biggest highlight of the track! The sound arrangements during the bike drive also gets the player into an instant fun mode.

Alright, this game may not be known to all as much as its contemporaries but it was my personal favourite all time. The theme music speaks about the life of Antarctica and kept me wondering how it would be like to travel all the way to the ice continent! Isn’t it wonderful that the makers created such a brilliant impact with limited technological advancements?

An out and out fun game which was not just designed for kids but also challenging for elders had a brilliant theme music. It had a sense of funkiness and playfulness throughout!

This game would remain a favourite for its straightforward mission and utmost challenge. Despite the short theme, it has a long-lasting impact for sure.

Being a sea lover and a thing for everything relating to islands and beaches, this theme was a delight. The theme had a Cuban feel which is quite laid back, relaxing and also keeps the player on their heels!

While every theme in Sonique is a delight to hear, this one wins hearts for its melodious tone. Surprisingly, it has a 90s Bollywoodish feel to it as well! The string arrangements, bass work, lead instruments- literally everything was done in 16-bit: which is indeed a great feat! To the contrary, the next stage (Spring Yard Zone) has a techno track which is even more entertaining and I’d say these two themes occupy a tied position!

The name Disney needs no introduction for its amazing animation work and characters which challenges every kid’s imagination. Aladdin’s Sega version was another visual treat and a treat for the ears as well. The advancement of technology was clearly evident in the music as well with excellent percussions.

For all those car race game lovers, it was a thrill to drive the car on the flawless roads of Australia and Auckland. The game had phenomenal music with a touch of Classic Rock and 90s Techno. It was indeed a thrill to see a game where customized cars could be chosen!

This fantastic cricket game had a Western Indie music which suited its title. The beachy styled drums with a casual country tune make this an instant favourite.

Doom can be definitely termed as the best 3D shooter games ever and the theme music also became the greatest hit. The eeriness, action, thrill and tremendous adventure was given at its musical best for it!

A defining arcade game which had techno brilliance and racy impact. The game’s theme became as popular as the game itself which had a strange resemblance with 2 Unlimited’s Twilight Zone!

The advent of PlayStation 1 revolutionized the theme music era as well with more fun, guaranteed brilliance and impressive taking. Tekken is one amazing arcade game which never can never be forgotten!

Turtles was a favourite series for all kids unanimously and each of the characters had a unique persona. This theme music is quite enjoyable and fun to listen to!

An absolute delight and a fun fare where the player could hit his opponents to get ahead in the race! The theme music, as well as the game play music, brought the nerves running with its pumping rhythm and impressive programming! This game got Electronic Arts a universal fame which never fades away.

A new age game with sci-fi thriller effect was a delight to play. This theme music in the first screen itself was enough to bring out chills to the player. The eeriness, stunning sound mixing and adventurous style are a big YES for any player!

This game was an addiction to all those strategy game lovers and who also appreciate a bit of history and civilization. The theme music also reflected the same with grand orchestration and royal look!

The horror zombie game is quite thrilling and brilliant to play for. The theme music had scariness written all over it with lazed out symphony and strings.

A revolution in action games, Halo Theme is an out and out winner. The instant energy it gives is quite overwhelming in the first go. Interestingly, the usage of symphony with Hard Rock is what worked like a miracle for this game.

Lara Croft’s amazing adventure has mellowed theme which is quite the contrary. The sublime trance-like music with piano and harp is quite pleasant to hear. The theme music also shows that there is never less room for a new adventure!

An unbeatable car racing game ever, Need For Speed makers knew quite well about the importance of brilliant soundtrack for it. Hot Pursuit series, in particular, had the fantastic soundtrack which never goes outdated!

An out and out revolution gangster game, GTA became a much talked about video game by every gamer alike. The hippie style theme music for San Andreas is no doubt an eternal favourite. Another special mention about GTA is the remarkable usage of music in the form of radio stations. Ranging from Spanish music to Classic Rock, GTA was like a treat for music lovers across the globe.

A revolution in the field of multiplayer games, Counter-Strike is a bible for gamers. The makers of Half-Life delivered another winner with this mesmerizing soundtrack which wouldn’t be forgotten.

For all those middle earth lovers who want an overdose of action and thrill, Assassin’s Creed 3 is like a miracle. The theme music is still the most talked about aspect for gamers even till date.

A strategic game needs even more impactful soundtrack and Max Payne just has it. The eeriness and challenge is evident musically right from its beginning. No wonder why the game became such a brilliant hit!

We might have definitely missed some of the brilliant soundtracks in this list but video game soundtrack is such a vast subject to talk about- it would lead to so many excellent themes to be missed for sure. While video games might look too childish or an escape route from reality, only those who have played them thoroughly would understand the brilliant experience it gives. Video games also give a deeply philosophical bent of mind and also a never say attitude, not just in-game missions but also in real life.

Our approach to 2018 and years to come is to keep playing games, and unleash the brilliance of it irrespective of age, region or technological advancements! Keep playing and get more people playing and rejoice the fun. We also hope that more innovations in the gaming industry will bring up more experimentation and enjoyable soundtracks in years to come.