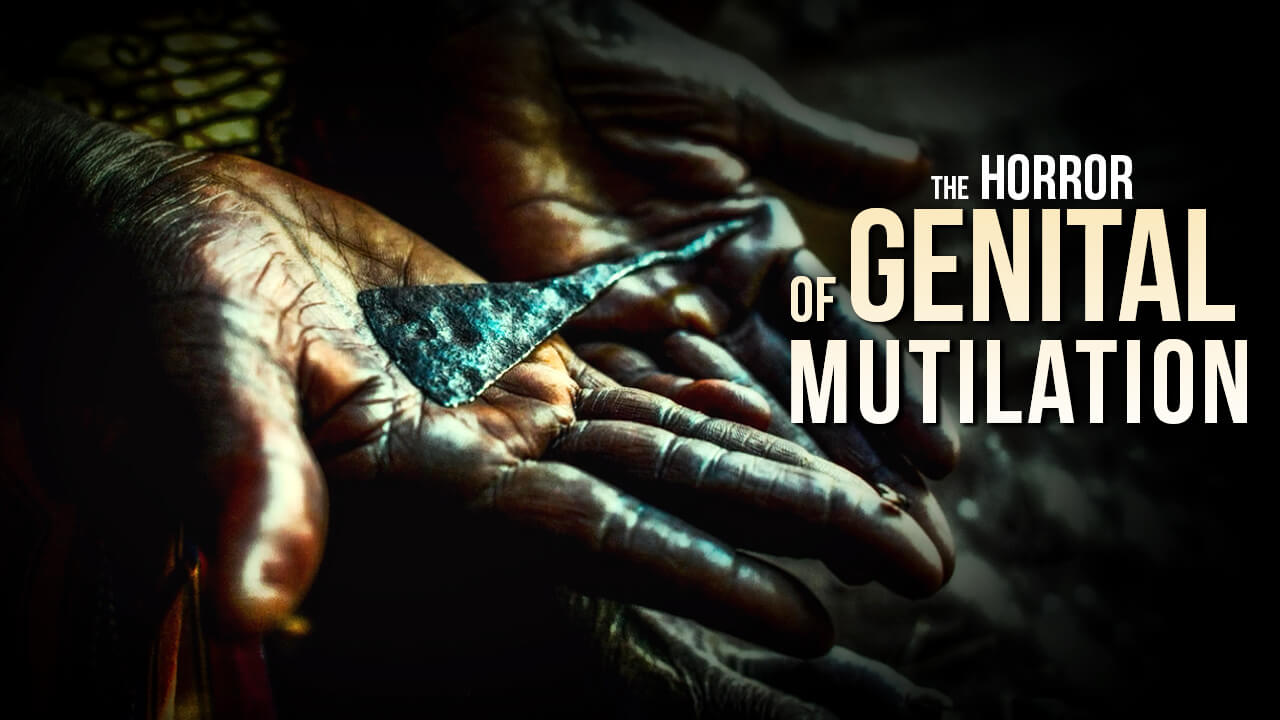 Khafz – A Reductive Razor And The Clitoris

Imagine being a 7-year-old girl taken to an unknown house by your mother on the pretext of buying you a chocolate. In this house, a couple of ladies await you with smiling faces and settle you down. You are far from contemplating as to what is happening when one of these ladies grabs you, pulls your lowers off and with a Topaz razor slits off your ‘clitoris’, a word that you don’t even understand, a pain that you don’t even understand. You scream and wail with your body shedding some innocent blood as your mother holds you through the trauma. And for the rest of your life, you stay with the trauma of the Topaz blade and the woman’s face alongside your mother’s as something in your core was cut to hurt forever.

While it was just another day on the planet, over 90,000 women who in 2015 signed a petition for their cause, stood to celebrate February 6 as the International Day of Zero Tolerance for Female Genital Mutilation. The act traditionally called Khafz and performed in the name of religion by the Bohra community (a Shia Muslim sect) involves partial or complete removal of the clitoris and the surrounding tissue once a girl is seven years or older.

It is as nerve numbing as it is disappointing to understand the prevalence and preachment of such an act in today’s times. But frankly, the prevalence is the guiding force of the satanic practice for in the words of Syedna Muffadal, a religious clergy, Female Genital Mutilation has to continue for being a 1400-year-old practice. Surprisingly enough, Khafz or FGM is considered un-Islamic and the Shiite scriptures such as Hadith state it as makrumah meaning noble but not necessary for women. And yet, women from all over the world are subjected to this at their tender years when they can’t even decide if it is right for them. And so I, like many opponents of the genital mutilation, believe it to be another way of oppressing woman and her sexuality making it available only for one man and his needs. Surprisingly, many men demand women to be ‘cut’ to be fit for marriage.

According to WHO, Female Genital Mutilation is recognized internationally as a violation of the human rights of girls and women. It reflects deep-rooted inequality between the sexes, and constitutes an extreme form of discrimination against women. It is nearly always carried out on minors and is a violation of the rights of children. The practice also violates a person’s rights to health, security and physical integrity, the right to be free from torture and cruel, inhuman or degrading treatment, and the right to life when the procedure results in death.

Many victims of the traditional practice suffer from recurring vaginal infections, incontinence, extreme bleeding, painful menstruation and intercourse. Depression, PTSD, low self-esteem and perpetual anger and anxiety follow. There have been noted cases of women who have gone through multiple surgeries to stitch and reopen their vaginal openings for childbirth and sexual intercourse, all of this making her body and purpose reduced to only her genitals.

The Clitoral Study – The Paradox of Female Genital Mutilation

A recent study titled ‘The clitoral hood a contested site’ was released on Monday debunking the WCD ministry’s claim to the SC that no data on genital mutilation of the women exist. The study was a result of in-depth interviews of 83 women and 11 men, both opposing and proposing FGM, from states of Gujarat, Maharashtra, Rajasthan, MP, Kerala and expats from the US, Canada and UAE. It validates the prevalence and impact of the practice with 88 respondents of the sample saying that over 1200 women in their families had undergone Khafz.

With a lot of anger and hope, I want to question the Narendra Modi government of its stand on FGM. While India stands committed to United Nation’s December 2014 worldwide ban on FGM what are WCD ministry’s proposal to control, curb and abolish the practice?

I understand that a commentary on any practice of a sect can easily turn communal. But in no way will abolishing this practice be oppressive to any community whose another half, the women, will be empowered of oppression catered by mutilation. Now is the time to set a benchmark of ‘Beti Bachao’ for the world to marvel at.

Related posts:
[VoxSpace Selects] Avenger's Infinity War Part One Drops It's First Trailer And It's Epic In Every S...
"One Smile At A Time" - An Exclusive Interview With Comedienne Sneha Suhas..!!
VoxTalks With Justin Prabhakaran : A Master Of The New Age Melodies