[VoxSpace Selects] The Story Of Madhubala : An Unforgettable Beauty With A Poignant Tragedy In Her Heart 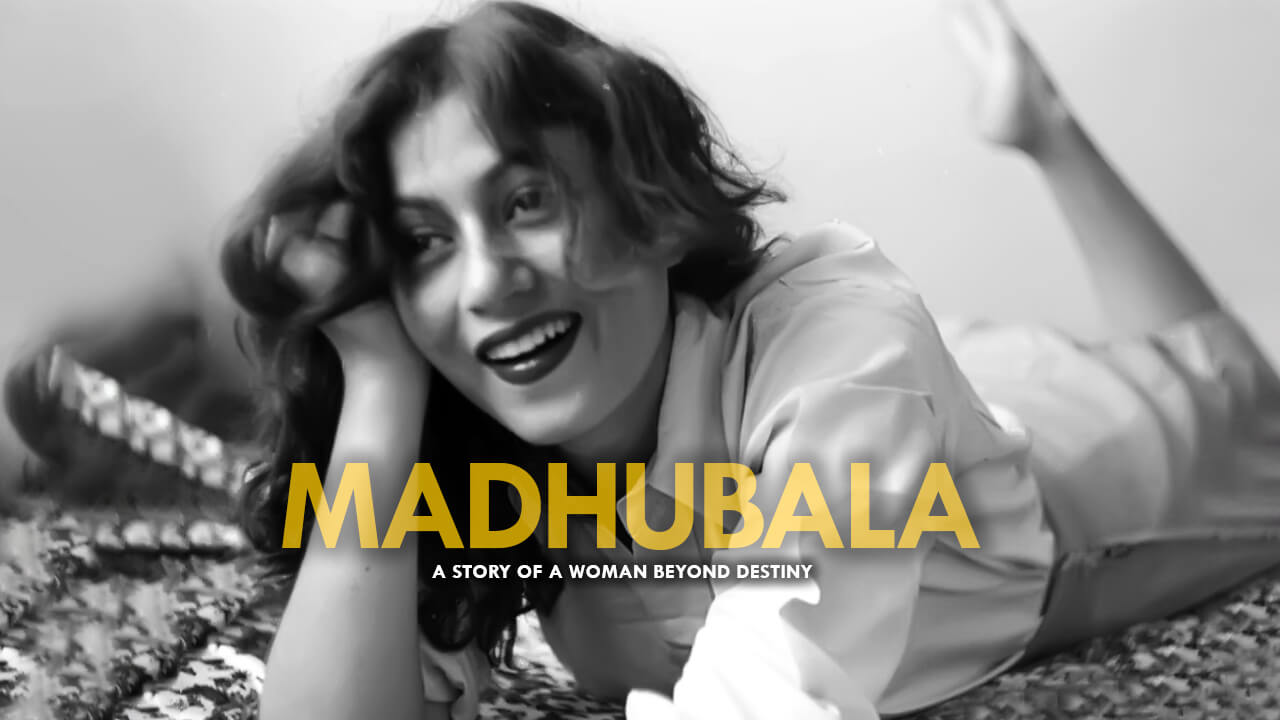 A Rose For Madhubala, She Would Have Loved That On Her Birthday

I know many writers have already pointed out the obvious irony involved – 14th February is celebrated around the world as Valentine’s Day and it is also the birthday of ‘The Beauty with Tragedy,’ the one and unforgettable Madhubala.

What is it with “The Beauty and Tragedy?”. This is the question I keep asking myself every time when I come across the lives of Rekha, Parveen Babi or even starlets, such as Marilyn Monroe. There is always a sense of quiet despair hanging like a veil on these stories. No matter how glamorous their lives were; no matter how many blood-stained letters reached their mailboxes; the world always failed to understand the loneliness that crept inside their hearts.

Then again, if all of them could have a sip from misfortune’s cup with Madhubala; it would be different. It was as if she had been forced to drink the entire goblet and then some more.

How did that saying go? Yes, “the flame that burns twice as bright burns half as long”. Somebody should have told her that. Maybe, she would have smiled a little after hearing that. A bittersweet smile; the one we always see on the screen and fall in love every single time.

This tragedy has several chapters.

Chapter One: The Moment Where Mumtaz Ataullah Khan Becomes Madhubala

The first chapter starts when a six-year-old girl is spotted by a movie producer in Delhi. Even at such a tender age, Mumtaz Ataullah must have had something in her eyes, which convinced the producer that she was the perfect fit for the silver screen. The producer then offered her a small role. Thus, Mumtaz, who was the fourth of Ataullah Khan’s ten children, ended up debuting in the big bad world of Bollywood, to soon become famous by her screen name, Madhubala.

There wasn’t much choice involved. Her father had fallen on to hard times after losing his job and when he realized that he could piggyback on his daughter’s success, he grabbed it with both his hands. Thus, at the age of nine, Madhubala along with her family, landed up in Bombay. This is where all the next chapters were written.

Chapter Two: The Beauty Which Matched The Essence Of Her Screen Name

The name, which was given to her in retrospective, was quite apt. We don’t have an insight if she loved it or not but to those, who saw her on screen, she was all the jazz. How often do you have a perfect match of names? Those arching eyebrows and that smile was indeed nectar for the audience and they loved her to no end. She was the epitome of beauty; the very same, which you could write poems about and die for.

Beauty always finds its suitors and Madhubala was no ordinary beauty. So, there were stories in the wind. Stories about her childhood friend Latif and also several heavyweights, such as Director Kamal Amrohi, who was said to be obsessed with her, actor Premnath and many more, did the rounds.

However, two names have been intertwined with her forever – Muhammed Yusuf Khan and Abhas Kumar Ganguly. If you are wondering who these people are; well, like Madhubala, they too were famous with their screen names. They are none other than Dilip Kumar and Kishore Kumar, respectively.

There is a little bit of wry humour involved here. Madhubala is called ‘The Beauty with Tragedy,” whereas Dilip Kumar is called ‘The Tragedy King’ for his portrayal of realism in the movies. Both were in love with each other and if it indeed had gone through, it’d have been a marriage made in heaven. However, a different Mughal-e-Azam plot was at play here. Madhubala’s father played the spoilsport and it all took a sordid turn. The affair had matured for nine years; where the duo acted in several movies that sealed their stardom as well as their relationship. Everything was falling into place and the obvious conclusion should have been wedlock. However, Ataullah Khan was not going to let that happen. For years, Madhubala had been the breadwinner of the family; a golden goose if you will, and the marriage posed a threat to that status quo. What followed was a high octane drama, bitter court cases and at the end, this chapter ended with Madhubala’s heart being broken.

She rebounded in Kishore Kumar. This was not Kishore Kumar’s first love or his first marriage. He had been married for some time to a famous singer named Ruma Guha Thakurta, however, it was impossible to ignore Madhubala. Their love bloomed when they were working in films together. Kishore Kumar and Madhubala decided to take the plunge. This time neither of the families could interfere as neither of the protagonists gave them a choice. This was supposed to be their happy ending and then tragedy struck.

Chapter Four: The Call Of Death And The Rue Of Life

It started with rumours of an unhappy marriage and fights. It escalated with a tragedy that had been with her since she was born. Madhubala had a congenital heart disease, one, which had taken grasp over her life right after her marriage. She was slowly edging her towards her death. This was the time when stories started to spread like wildfire; stories about Kishore Kumar absconding her and his running away to movie locations to avoid seeing her. Also, rumours about Madhubala slowly ebbing towards her death also surfaced. All these went on for quite some time; till it, all came down crashing.

There still is one last chapter of the tragedy left; a chapter told by her sister Madhur Bhushan about how Madhubala was sad when Dilip Kumar got married to Saira Banu and the ace actress had then said ‘Unke naseeb mein woh thi, main nahin’ and that ‘He’s got married to a very pretty girl. She’s so devoted. I’m very happy for him.’ Madhubala never stopped loving him.

If at the end of this story, you need a little bit more on your way, let me remind you that even the grave, where Madhubala was cremated didn’t escape its own bit of tragedy.  Her grave was demolished, the tombstone destroyed, the bones and skulls disposed of without informing the family as part of a drive to make space for new bodies.

In all this, I have forgotten to mention that Madhubala was also in her own right an accomplished Urdu Poet; we will talk more about this in my next article.