[VoxSpace Tech] Can’t Use Your PayTM Wallet Anymore? Here Are A Few Simple Ways To Get It Back Working 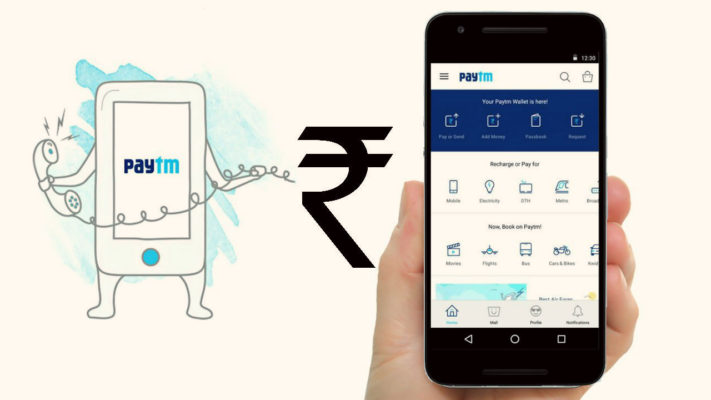 What Happened To Your PayTM And Is It Anyone’s Fault At All?

One of the biggest benefactors of the demonetization period was mobile wallets like PayTM, FreeCharge, MobiKwik and others. Due to an extreme cash crunch, people had to shift to these digital wallets for their daily buys, such as groceries, travel etc. However, what started as a cashless trend in India, also led to a big problem in the later years. People were using digital wallets as the means to reach an end. There was no inherent need for them to switch from cash other than the fact that there was a compulsion to find something that would rally them till everything gets normal.

Therefore, while companies boasted big numbers, most of the customers they had paid no attention to the KYC or Aadhar link aspects of it. Why get it done if we are going to use it for a short while anyway? The respective digital wallets also went on expanding their offerings and integrations without paying heed to the need of customer awareness. So, you had Paytm being used for almost everything but with a big character flaw -- it didn’t get the KYC (Know Your Customer) done by their users. Perhaps, they thought, like everything, when push comes to shove, many will just do it.

However, when the deadline slowly arrived, two major hiccups arose. RBI had previously extended deadlines for all of its other endeavours, but it chose not to delay the date further. Also, it was noticed that only 10% of all the digital wallet users had done their KYC or Aadhar link.

Now, if you don’t do your Aadhar link or KYC, you won’t be able to add money to your wallets or transfer your money to other e-wallet accounts, worse even you can’t even receive money from other PayTM wallets.

The option for you, if you don’t want to get it done, is only to finish the money you already have in your account buying products and services and then dump the digital wallet service altogether.

However, if you decide that you don’t want to dump your digital wallet and continue to use it; you will have to submit either your PAN or Aadhaar number and get a physical verification done completely with biometrics. How Do You Do The KYC Norms And Get Back Your PayTM?

Well, there are actually two options that have been made available to you. One is the minimum KYC and the other is the full KYC.

Minimum KYC -- Only For Amounts Under 10,000 And Other Restrictions

If you are applying for the minimum KYC for your digital wallet then your balance can’t cross Rs. 10,000 in a particular month. You will be allowed to buy goods and services with your wallet. However, added benefits, such as transferring money from your wallet to bank accounts will not be allowed. Also, after 12 months, you will have to get the full KYC done otherwise you won’t be able to use the wallet.

Minimum KYC’s difference from the full KYC is that you will get some time for physical verification. However, there is still some lack of clarity regarding whether or not RBI has okayed this process.

According to PayTM’s official blog;

“You will be able to do all transactions including recharges, utility bill payments, movie tickets, travel bookings and payments at stores, payment with our partner Apps like Uber, Zomato, Swiggy, Big Basket etc. However, without KYC, you will not be able to send this money to your friends or transfer this money back to a Bank Account. This is the only impact if you don’t undergo KYC process”

Complete KYC -- Balance Of 1 Lakh And Other Advantages

So, what is the way to reactivate your wallet? Simple, you open the app and type in your registered mobile number and you will get an OTP (One Time Password). Type in the OTP and upload the necessary details. In order to ensure your complete your KYC, you will need to book an appointment for the ‘physical verification of Aadhar or KYC’ on PayTM. Usually, you can do so, simply by choosing the 100% paperless way of KYC verification as per the PayTM blog applicable from March 1st.

The Three Ways you can ensure KYC verification is by-

1. Aadhaar based OTP process: Complete in 2 minutes and become KYC verified instantly. Enter your Aadhar Card details and enter the OTP that you receive on the registered mobile number that you have on your Aadhar Card. However, it is being known that this method only allows you for the Minimum KYC verification (as discussed above)

2. Navigate to the nearest Paytm KYC centre: You can find the nearest PayTM verification centre, by opening your PayTM app and clicking on the option which says ‘NearBy’. Under this select, the option, ‘Upgrade wallet’ a list of your outlets around you.

3. Schedule a home appointment: At your convenient time for verification (services available at selected locations). Within this option, a representative from PayTM comes across to verify your documents. In order for a swift process and easy verification, it is advisable to go for Aadhar (where a simple biometric verification is needed). Click on KYC icon in your Paytm app and follow the steps.

PayTM prefers the customers to visit the KYC centre for easier verification. When you go to nearest Paytm KYC centre or schedule a home appointment, it is always preferred to use Aadhaar as document ID as it allows biometric-based KYC which in instant and 100% paperless.

Also, if you don’t want to finish your remaining balance in Paytm, Ola Money, Google Tez, MobiKwik, Amazon Pay or any other prepaid payment instrument (PPI) but you haven’t done KYC either; don’t panic.

Your money will not be taken away from you. It will be kept in your wallet until due diligence is done.

Although, as per the RBI guidelines, you can submit your Passport, Driving licence, PAN and Voter ID as the officially valid documents (OVD) for the verification process. The usual norm, which most of the digital wallets are availing, is PAN or Aadhaar card.

Add to that, if you have been using multiple accounts of the same company, i.e. you are a small vendor, who has been trying to bypass the PayTM for business hoopla; you will have to provide KYC for all the numbers of the respective people or switch to a business account.

As on March 1st, You may find in selected cities, the representatives and executives of PayTM, at Bharat Petroleum bunks, Shopping malls and PVR theatres with Aadhar verification machines. Our advice, take five minutes off, and complete the KYC norms then and there. It’s entirely free of cost.

There’s Amount Stuck In My PayTM Wallet Which I Want To Send To A Friend? Is It Possible?

According to PayTM blog, there seems to be a vague ‘workaround’ for transferring your PayTM cash to another friend. According to their blog,

“Paytm has launched a super feature to let you keep sending money to your friends without needing KYC. Link your Bank Account with Paytm using UPI and continue to send money to any Bank account at 0% charge. To use UPI, tap on “BHIM UPI” icon in Paytm App and follow a simple process. Once you link your bank, just tap on “Pay” and send money directly to your friends’ or relatives Bank account at absolutely no charge”.

Now, in the bigger picture, companies like Paytm, who were riding high on big numbers, will now see a marked decline in their user base, as there is a huge chance that several users, who were just in for the ride, will now abandon ship. India was and still remains a cash-dominated society and chances are, if the digital wallets don’t offer something substantial for the users to stay with them, they will go back to their old ways. At this moment, we do not see any wallets offering the full range of wallet services without KYC norms. In that context, it is noteworthy that Ola has found a way out.

You see, wallets need KYC. And India is still not getting up there with KYC and Aadhar links. So hence, Ola has now brought in an alternative. The Ola Credit system, which allows the riders to go cashless, but on credit. A simple solution really when you think of it. You select Ola Credit, have the convenience of not paying by cash, and once every seven days, clear your credit due. The hassle of loading money into Ola Money, therefore, is solved. Ola maintains a credit for you. Perhaps PayTM will look into this option, but again we highly doubt that, since it is after all a wallet and not a service per se. All in all, it remains a fact for the day that mobile wallets, which were the norm of the day, are becoming quite a bit of a nuisance at this point. Our pick would be to use your Bank Wallets -- SBI Freedom, CUB Wallet, Axis PayGo or more. However, the ease of use of PayTM remains unparalleled.

We can either finally see mobile wallets emerge as the norm post this hiccup or have a severe loss that would cripple them for some time.