[VoxSpace Life] A Study On Imposter Syndrome : The Inner Voice Which Says You Don’t Deserve The Success Is Perhaps Lying 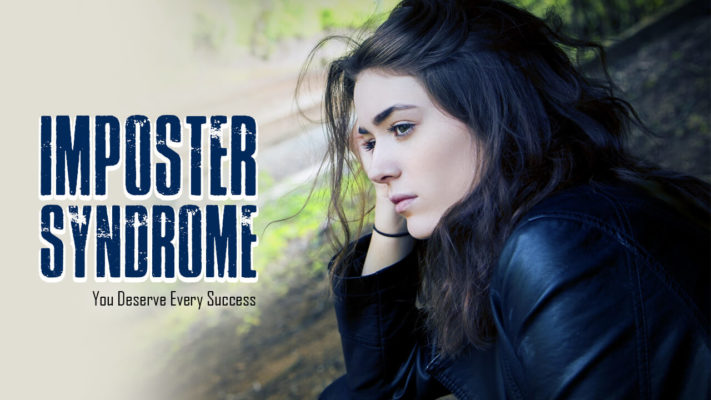 They Will Call You Bluff – The First Sign Of Imposter Syndrome

Meera is a celebrated Harvard professor, one who has half a dozen books published in her name. She recently finished her PhD in Neuroscience and decided to pen down her understanding of the human mind in fiction. Most of us who know her do not know that soon after her first book got selected as a bestseller, a voice in her head said, “You just got lucky”. And those of her audience, do not know that while she sat down to write the new one, this very voice said, “Stop! They will call your bluff.”

It was during the final few months of her PhD that Meera had come across this term called ‘Imposter Syndrome’. Just the flash of these two words and all that she had read about it had her rush to her therapist for psychoanalysis. What this psychoanalysis revealed was that Meera suffered from the Imposter Phenomenon like at least 70% humans on this planet. And even though Meera is a fictional person, the personalities that suffer from Imposter Syndrome are many.

High Achievers Are Not Fluke – The Essence of Imposter Syndrome

Imposter Syndrome, as coined in 1978, is a psychological term describing individuals who are marked by an inability to celebrate their accomplishments. These people live in a persistent fear of being exposed as a fraud.

The ‘imposters’, as their minds call them, are high achievers who believe their achievements to be chance affairs, based on luck or a matter of temporary effort. And even though they spend all their time making the best out of it, learning more, evolving more, producing more, there is a constant fear of being exposed as a phoney. The common signs of this behaviour are perfectionism, overworking, fears of failure, not accepting compliments and seeking outside validation.

This is not a mental disorder but a behavioural disorder which even actors like Emma Watson and Tom Hanks have accepted to have gone through.

One would feel that some days of frequent achievements would make the person start believing in themselves, but that doesn’t happen. A fear that my stupidity/fraud will be discovered is constantly there. The fear becomes the driving force, which makes the person constantly achieve something, so people around them have their achievements to focus on and not their flaws. The fear makes these people work hard on their subjects and so naturally, they excel. The satisfaction anyhow is short lived and is soon replaced by anxiety and fear of ‘finally being exposed’ and the cycle repeats. The voice in Meera’s head is of this nature.

What Does The Research On This Subject Tell Us?

A clinical research by Pauline Rose Clance & Suzanne Imes, who coined this term in 1978, reveals cause and effect of this human trait that, as they say, will be experienced by all of us at least once in our lifetimes. What causes and contributes to this human behaviour can be explained as follows:

Most of us crack up at the “Sharma ji ke bete ke marks dekh!” remark by our parents because it is so relatable for all. But going back to our childhoods, we just wanted to be appreciated for whatever we could achieve. A sense of comparison with a “brighter” kid and the constant indifference made us feel that we could never prove that we were intelligent. While a part of us believed this family belief, to be a myth, the other wanted to disprove it. And so we went back to school to score better, to prove our parents wrong, and to be better than Sharma Ji’s son.

We got good marks, were satisfied, and hoped our parents would acknowledge it too. But back at home, we were asked where we lost the marks we couldn’t achieve. The standards of excellence kept on increasing, the appreciations never followed. While we grew and evolved to our intellectual competence, a part of us always thought that we did well because of our physical charm, social skills or sensitivity to teachers’ expectations.

The Expectation of Perfection Always – A Cause For Imposter Syndrome

On the other hand, there also are parents who made their kids believe that they were perfect in all aspects of life, that they didn’t need any improvement whatsoever. They fed this idea of perfection into their children at such extremes that the kids ended up believing that they needed no learning or practice for they were already perfect. This idea of ‘Perfection through ease’ mustn’t have worked for many, because at school, for example, this kid had to study to be perfect. Realizing that he/she cannot live up to the parents’ standards of ‘perfection through ease’, the kid concludes to be dumb and grows to believe that she is an imposter or fraud.

Where Does Stereotyping Come Into The List Of Symptoms

What could contribute to the situations above or stand alone as a cause for the imposter phenomenon is the sexual stereotyping that we all go through.?

During the research by Clance and Imes, women were considered to be the only ones affected by the behavioural trait for being the inferior sex and hence less competent than men. According to Margaret Mead, a successful or independent woman “is viewed as a hostile and destructive force to the society”. A woman’s feminity and character are called into question by her success. And the most common example of this is the familiar “Oh, she got a promotion? Must be sleeping with the boss.” remark. While for men, the condition is way worse with sexual stereotyping ensuring that they cannot accept their lack of self-esteem or doubt themselves and their work; an ideal man is someone who knows what he’s doing and does it well.

Now, I am not sure which one of these caused Meera or actors Tom Hanks and Emma Watson or writers Neil Gaiman and Chuck Lorre to be so anxious about their achievements. But I do know that the mental nagging of oneself through “I am not enough”, “I will be caught”, “I must not fail” or “I just got lucky” leads to anxiety, depression and a constant state of frustration for not achieving enough.

The condition can be diagnosed by psychoanalysis or self-analysis (questionnaire here) to achieve what could be the first step towards inhibiting this behavioural trait.

There are a number of therapy programmes for Meera’s and her male counterparts, ranging from psychotherapy and group therapy to writing therapy, where one can get involved in self-analysis. I believe the Meera in all of us needs to quiet down so we can enjoy the goodness that comes from self-affirmation and treat us to a good present for our achievements every once in a while.