[VoxSpace Life] Food Of The Future : How Our Food Supplements Will Look In A Decade 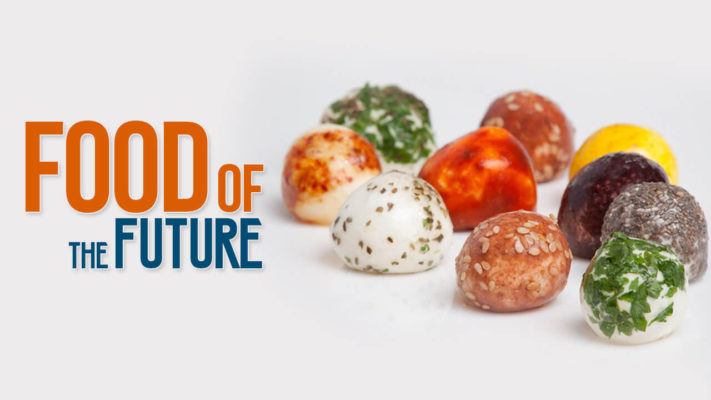 What’s On The Menu

I am hosting a dinner in the year 2050 and you’re cordially invited to have some delicious food, cricket pasta and algae soup, with us.

I don’t want to spoil your next meal but I would really like if you take the time to eat this food. You know, chew it, taste it, let the flavours sink in; make every bit count. Whoa! After reading what I wrote, I feel weird. I mean, who starts a conversation with how you should have your food? Well, if you would let me explain.

You will see there is a good reason behind it. We, humans, are a greedy bunch. We end up consuming or wasting more than the earth can replenish. This has been going on for about 400 years and now, problems are starting to arise. Estimates say that if we continue to be so callous with our food supplies then we’ll run out of food soon.

That’s fine. We should all huddle up, make people realize that wasting food is a bad thing and how important a proper meal is. We did that, and it didn’t work. Apparently, it’s hard for people to see the error of their ways. There will always be people, who will not get a reason. I mean look at Mr Donald Trump.

Food Of The Future- Bugs, Algae And More

So, scientists are now creating something that they are calling the ‘food of the future‘. I know it sounds all geeky and sci-fi but technically this is what we have to eat because the normal food is no longer on the table. So, ladies and gentlemen here are what you will have for dinner in the year, let’s say, 2050.

Bugs. Yes, Bugs! In the future, we’ll have to eat bugs and there is nothing primitive about that. You know just the usual grasshoppers, crickets and others. By what I hear from my friend’s in some countries, they can be really tasty and scientists believe in the future, they will be a staple of our diet.

Crickets As A Staple: Before, you think the entire idea is appalling, let me tell you that 100-gram of crickets is equivalent to 13 grams of protein and you need your protein. Some countries have been eating insects for a while, and now some fancy restaurants are serving food made out of cricket flour. Since it will be one of the chief nutrients available and almost necessary for your survival, you should really get rid of your snobbishness and enjoy the wonderful cricket pasta that has been served this evening. While you are enjoying your cricket flour pasta, I would really love it if you would take a bite of what looks like a nice mutton chop. I said what looks like, which should give you the idea that it isn’t actually mutton chop.  This is synthetic meat; the formula has been fine-tuned over the years. Back in 2018, they were making use of soybeans, vegetable oil, certain fibres and the verdict was meh! However, by 2050 the recipe has been perfected and now, it looks pretty close to meat. Pretty close, but not exactly meat.  However, you will not know the difference because that’s what is sold in the markets these days after, we ended up consuming our livestock at a pace that overtook its replenishing rate.

Once you are done, let me offer you this amazing algae soup. They are rich in proteins, fats, carbohydrates and are simply yummy. The particular species of algae, which we have made the soup out of, also has omega 3 fatty acids that are said to keep you in the pink of your health. So, dive right in. We have also some seaweeds, so that, it adds flavour to the dish. Do I hear a little bit of displeasure? Well, at least, we are not offering you Soylent. After all, eating crickets and algae should be better than having a drink, which is supposed to replace your meals. All you have to do is take the powder, pour it in a glass of water, stir it and then have it. It should be enough for one good meal. Repeat it often and you won’t have to do anything else for your daily protein needs. Meanwhile, feel free to load up your plate with some of the starters that we have made with our GM vegetable produce. Yes, vegetables! Finally, at least, something green and good not made in labs and 100% natural. Well, yes and no! The GM stands for “genetically modified” and that’s limited to some of the foods, while others were either grown out of a Petri dish or in laboratory conditions.

Alright, Alright! I know you might be really pissed at me right now. Future food is bad, weird and totally something we wouldn’t have right now. Well, again let me burst your bubble. You wouldn’t have it now because, at this point, you have choices, your options haven’t run out, you can still buy a meal and have the luxury to waste it. In future, if we keep growing at this rate and our consumption is not sustainable; we will not be left with very many choices in this matter. So, we will have to accept it.

I always try to look at things positively; it’s not easy to talk about things that are labelled as “boring” or are not happening in the “now.” However, you need to understand that many things, which are happening now, were not considered possible in the past. For example, Cryptocurrency, self-driving cars, flying cars, hackers, VR, AR and the list goes on. But there are pitfalls to everything, and if we push the limit too far, things will, surely, collapse. In case you don’t believe me, just go back to your childhood and read the chapters of soil erosion, overpopulation, groundwater again. I am not here to be preachy; I am here to just give you the truth.