[VoxSpace Life] What Does It Mean To Be A Transgender In A Country Like India? 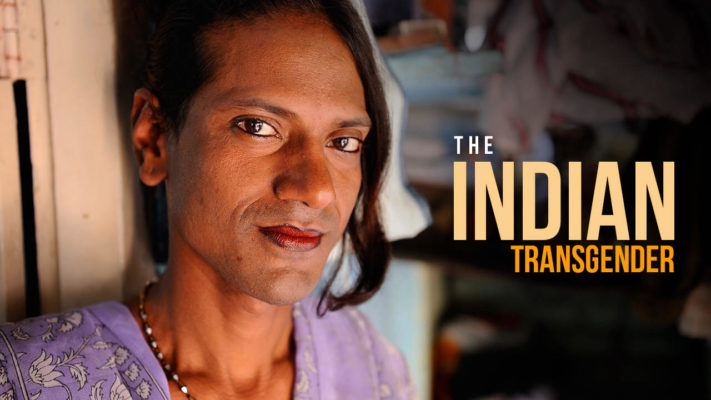 Have you ever wondered what it means to not belong to the so-called normal and conventional? Do you think it is easy? While you ponder over these questions, please keep in mind that I am not talking about the normative ‘out of the box’ characteristics that make people different. I am talking about an entire community that has been historically marginalised and shunned for their existence and identity. The transgender community in India is like the elephant in the room that nobody wants to address. They are there, they live their lives, they fight their struggles but unfortunately, they are never accepted. It is the 21st century that we live in and we have only come so far as to acknowledge that they exist but are yet to acknowledge that they are just like us. It is heartbreaking to know that it took us centuries just to recognise them as a fellow as humans.

The Lethal Combo Of Superstition And Society

While the condition of the trans community is extremely deplorable across countries, but in case of India, it is a strange mix of superstition and aversion. They are looked at disdainfully with a certain amount of inherent fear. Our societies are so firmly rooted in the clutches of binary gender practices that anybody that does not conform to the idea of this man-made binary is subjected to alienation and discrimination. We live in a society in which the gender roles are predetermined and those who challenge these ideas have to face the wrath of the society for being what they chose to be. In a third world country like India where even our choice of food is regulated by the society and government, it is almost next to impossible to chose your own gender and identity. One thing that we need to be clear about is that we, as a nation, are yet to recognise the people of the trans community as equal citizens with equal rights.

While the constitution of India does provide the constitutional right to equality and disses any kind of discrimination on the basis of caste, sex, creed or religion but most of the rights, like the right to vote, right to marry, right to education or to claim an identity through ration card or passport can only be accessed if a person has civil personhood. The official identity card that validates civil personhood, up until 2014, only had the options of male and female. On 15th April 2014, a landmark judgement by the Supreme Court of India granted legal recognition to the transgender community as the third gender. The court also directed the state and the centre to recognise them as socially and educationally backward classes for the purpose of quotas in admission to educational institutions and government appointments. The government, however, came up with a clarification in the year 2016 stating that the previous judgement does not include gays, lesbians and bisexuals and does not provide for any reservations or quotas for them.

The recognition of the existence of a third gender is definitely a desirable step forward but what is baffling is the non-recognition and denial of rights to an entire spectrum of people who have been subjected to bullying, rejection and disrespect. What is even more surprising is that while the constitution, on one hand, promises equal rights to every citizen of the county and this judgement recognises transgenders as equal citizens of the country, one the other hand law criminalises same-sex marriage. The section 377 of the Indian penal code criminalises homosexuality and deems it ‘against the order of nature’. The courts’ order of the issue does not compliment with its order on trans rights. Looks like the court is still confused whether they want to give full-fledged rights to the community. The court here looks like that orthodox Uncle who is okay with the girl child’s education but not with her job.

‘Ache Din’ In The Near Future?

The problem here is deeper than it looks. The court proceedings are still being challenged and questioned and there is hope for better judgement in future, given that there was a recent judgement on the right to privacy (August 24, 2017) which declared privacy as a fundamental right and also mentioned that ‘sexual orientation is an essential attribute of privacy’. This gives us hope that someday there will, after all, be a rainbow sky for everyone. Despite all the legal advances and setbacks the fight still continues. The larger battle, however,  lies outside the courtroom, in the society we live in. The court might give us the rights to paper and enforce judgements but the larger acceptance and fighting the stigma is purely a social change that has to be achieved through continuous struggle. This struggle gets even more difficult in a country like India with its lack of education and rampant superstition.

There are people who are struggling day and night to spread awareness, through writings, poetry and music. The change is coming slowly, especially in the bigger cities where we see an increasing participation of people in pride parades in support and solidarity with the trans community and people opening up to the ideas of non-binary society.

Much work is yet to be done. Even now the social pressure is toxic and forces thousands to live their life according to society’s age-old dictates. Public shaming and judgemental stares are some of the things that the entire community has to, unfortunately, deal with and make peace with. The inner conflict is often complicated by familial pressure and the fear that one will never be accepted completely as an individual. In a free country fear should be the last thing driving people to make significant life choices, but here we are, still stuck with age-old stigmas and primitive notions of gender forcing an entire spectrum of people to live in the closet for their entire life.