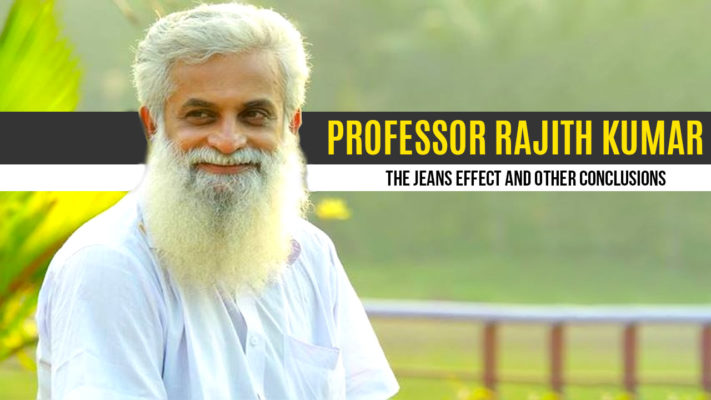 ‘Know It All’ Kerala Professor Explains Transgender And Autism

Often we come across people whose thoughts and point of views on things shock and appal us. We might try to educate them, make them see reason by giving examples and showing them speeches and talks by educated and well- aware people. But what would you do if a so-called ‘educated’ and ‘aware’ person was the one to propagate sexist, misogynistic and ridiculous statements?

In another ‘brilliant’ example of how far our country has progressed over the ages, Rajith Kumar a self- declared student counsellor, gave the most atrocious explanation while explaining the birth of transgender and autistic babies. According to him, women who wear jeans or act like men are the ones who give birth to transgender children. Being the enlightened being that he is, he went on to give his ‘expert’ opinion and said, “When a woman degrades her womanhood or a man degrades his manhood, the girl born to them will have the characteristics of a man. A child born to such a woman will be transgender”.

He did not even spare the disabled, saying, “rebelliousness and non-conformist attitude’ in the parents are what results in autistic kids.

Thankfully Kerala’s Minister of Health and Social Welfare, KK Shailaja, put him in his place. She released a statement barring Rajith from all government departments and agencies. She further added, “Rajith Kumar has been consistently propagating superstitious and sexist ideas… We are mulling legal action against him for making such derogatory comments”.

In an earlier case, he made derogatory remarks against girl students, while at a women’s college, following which he got booed down by a student.

Kumar is a Botany professor at Sree Sankara Sanskrit university in Kalady, Kerala. Comments coming from an educated person hailing from Kerala, ought to be the state with the highest literacy rate in our country, comes as a shocker. If the well-educated people, who are supposed to guide the next generation, instil morals and values in them, teach them how to differentiate the right from wrong behave in this manner, what hope do we have for our country? How can we expect people to stop being regressive and embrace change with open arms? It is a relief that Kumar will not be allowed to pollute and corrupt young, impressionable minds in the near future.