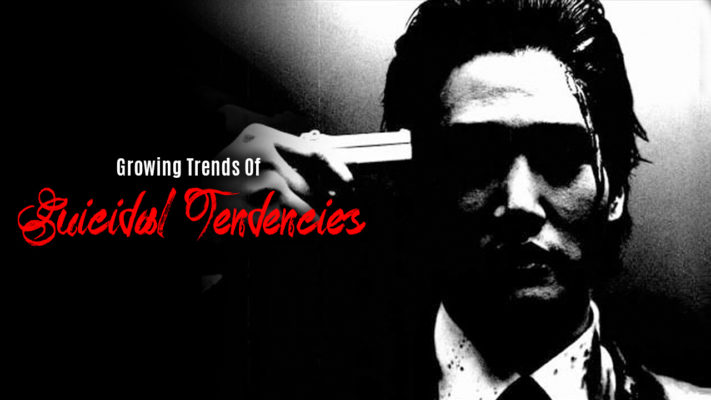 Every Hour One Youth Falls Prey To Depression

A few months ago, the suicide of ‘Balika Vadhu’ serial’s actress Pratyusha Banerjee’s suicide rocked the country. The 24-year-old was found hanging from the ceiling of her Goregaon residence after seemingly having a tiff with her beau, Rahul. Media reports suggested ‘depression’ as the reason. Her sudden death spread like a wildfire across the country, with people talking about depression and realizing its deathly fangs. However, within few days, it was all forgotten.

Pratyusha’s untimely death caused much uproar within the celebrities and commoners alike and even made it to the headlines for quite many days. The reason for this was plain and simple – she was a celebrity with the possibility of a prosperous career ahead. But what India fails to discuss time and again is that every hour one youth commits suicide in our country, according to the data furnished by National Crime Records Bureau (NCRB) in 2015.

The Suicide Rate In India Increases With Time

India is regarded as a booming economy by its leaders, with the same escalating at a never before rate. Sadly, the same is also applicable to the increasing rate of youth suicide cases in India. According to a 2012 Lancet report, India has one of the globe’s highest suicide rates among youths aged between 15 to 29 years.

Among the states, Maharashtra reported the highest youth suicide rate in 2015, with a total of 1,230 out of the nation-wide total of 8,934. The other states which trailed western Indian state were Tamil Nadu (955) and Chattisgarh (625). It is to be remembered here that Maharashtra and Tamil Nadu are two of India’s topmost progressive states, so do these numbers show the adverse pressure that advanced economic growth creates on people?

Furthermore, Sikkim is the state that has been the den of most suicides in India till now, despite being the third-richest state in India (after Delhi and Chandigarh) and boasting of a great literacy rate – seventh highest. On the contrary, the state also records the second-highest unemployment rate, which might be reason enough for most youth selecting the way of self-annihilation out of sheer depression, rather than sticking out and trying to carve out a niche in the society.

Failure – The Ultimate Woe Of The Indian Youth

“Failure is the pillar of success.” Famous people have often reiterated this idiom and convinced people that without failure there would be no success. However, to the common Indian families, failure is the impossible hurdle that only the worst students or professionals have to face. Essentially, failure becomes one of the main reasons for India to lead this poignant list of most suicides ever.

Conversations with psychologists and counselling professionals have revealed that young people who have faced failures at an important juncture of their lives, find it impossible to deal with it. Most of the families also do not extend proper solace to the victim, with questions of having a professional aid being absolutely trashed. Amid this situation, the only “solution” a depressed and immature-self envisages is death.

Furthermore, professional aid is also quite difficult to find in India as the country registers almost 87% deficit in the number of mental-health professionals. Also, among the handful professional aid available, most are extremely steeply priced, which is why resorting to the services of a psychologist or psychiatrist becomes of out question.

Family Background Inversely Proportional To The Rate Of Suicides In India

As said earlier, people from common, middle-class background hardly have the means to cope with the depression of any kind. Judging the matter from this angle, it is evidently clear that better the societal position of a family, better is the survival chance of the prospective victim. According to a survey conducted by the students of some Indian universities in 2016, students from “happy” families stumble across lesser depression. Concurring with this fact is also Shaibya Saldanha, the co-founder of Enfold India, an NGO which works with children and adolescents.

The NCRB data talked about at the beginning of the article showcased that nearly 70% of the suicide victims in the year 2015 came from families having less than Rs 1 lakh as annual income. This shows that the pressure of excelling in jobs or studies, combined with the effort to use as minimum resources from family as possible sometimes weigh the students down so much that they end up choosing the path of death over thinking of other possibilities.

It is often said that at some point in time, parents should transcend from being strict guardians to becoming friends with their wards. Knowing what troubles the youth and offering solutions to the problems or even taking them to professionals may lessen this rapidly escalating graph of youth suicides to a great extent.

In an email interview with IndiaSpends, Saldanha said, “The popular perception is that failing exams or inability to cope with academics is the primary reason for student suicides.” She further conferred, “This is rooted in a sense of helplessness or extreme frustration.”

Thereafter, with escalating age, there comes unwanted peer pressure, romantic relationships, and poor relationship with parents and failure in examinations that, in turn, leads innumerable students and youth to suicide.

A recent data from Rajasthan’s Kota bears testimony to the fact that pressure indeed is one of the prime reasons for students and youth suicide cases in India. Kota, which is considered to be the hub of coaching centres in India, training students for various government examinations, is slowly stamping a steady rise in youth suicides. This data mirrors the shadowy education system of India and also the unrealistic goals that Indian youth are forced to strive for. Unable to cope with excessive academic pressure as well as the inability to stand in front of the parents with poor marks force innumerable students into committing suicide every year.

Furthermore, the 2016 study also conferred that those students who come from Arts or Social Sciences background or come from poor backgrounds are more susceptible to depression, which ultimately leads to suicide in most cases.

As it turns out, depression is the most dreadful of all lifestyle diseases in India. Identifying the issue also prompted the Indian Prime Minister, Narendra Modi, to urge Indians to talk about depression openly through his Mann Ki Baat speech aired on March 27, 2017. Anupam Kher also tweeted his phone number publicly, inviting depressed people to talk to him rather than pondering on a problem all by self. Deepika Padukone also talked about how she braved depression and came out of it. She has also done her bit to raise awareness about depression and term it as a disease requiring medical help.

However, the immediate thing which needs to be implemented by the government right now is to order schools and colleges to raise awareness about mental health through various programmes and events. Also, universities, offices and even bigger coaching centres must have separate counselling centres with accredited counsellors helping students and young professionals out of emotional and professional crises before they spring into full-fledged medical depression. There are numerous mental health organizations in India, where one can knock in case s/he finds anyone battling the initial stages of depression.

Going to a psychiatrist does not deem a person as a “mad” guy – this is also a stigma that India needs to do away with if it wants to curb the phenomenal rate of youth suicides.