[VoxSpace Selects] Bhavesh Joshi : In The Land Of Larger Than Life Heroes, Desi Superheroes Are Bound To Fail 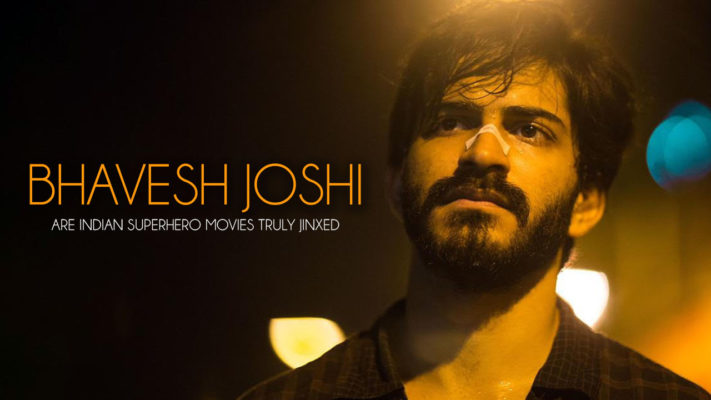 Ladies and Gentlemen, you have read what seems to be the brief summary of another Superhero movie in India, lots of promise, full of angst amounting to nothing. Am I being cruel? Not exactly, because no matter how many flowery words we add to this summary the bottom line will remain the same. What is this article then? Bickering? Well, not exactly because I am trying to find the psyche behind why superhero movies don’t work in India and if you want to join in, remember that I always read the comments, so bring it on.

But superhero movies do work in India, haven’t you seen, I don’t know, Krrish or Ra.One? Well, I have seen them and I have also seen Shiva Ka Insaaf and Ajooba of the nineties. You see when you pull them together and draw a line over them; you will find that Indian directors, although enthusiastic about the superhero game, have never actually found a formula that works. So, even what you call a superhero movie, leads on a superhero (get the pun?) to save the day and that too is a hit and miss affair.

Let me talk you through, back when superhero movies first saw their cine outing in India, most of the directors, although hyped about the project, forgot a simple thing. Their superhero didn’t have a legacy, every time you look at a superhero movie, you see a well-known actor portraying it and you start to equate with so and so as a superhero. However, that is not the case. A typical superhero usually has a strong pull behind him that has been developed over the years via comic strips or graphic novels. They are not a character developed overnight, they have their origin stories, story arcs and proper chronicles before they had their screen outing. Therefore, they have a group of loyalists on their side to at least go and watch the movies on a Friday opening. Bhavesh Joshi had none of that.

Although the times are a changing, the box office still relies on a star to carry their movies for a good opening. Bollywood, therefore, ends up casting leads in their superhero movie, instead of characters who can flex their muscles. I know I am comparing chalk and cheese here, but most of the major stars that played comic heroes, became famous after they essayed the role. Here the superhero movies are given the same treatment as that would be given to a masala movie, with a few antics thrown in for fun and a prayer that the audience will like it. I remember watching Drona in a movie hall and having hiccups wondering how the directors even though that this can work. Apparently, they were taking in a different variety of hallucinogens altogether while coming up with these masterpieces.

Do They Have Something New To Offer?

Also while we are on the topic, what exactly can a superhero movie, like Bhavesh Joshi, offer to the Indian audience that they have not already seen? One guy beating 10 guys is done, villains shooting bullets and all miss the hero is done, riding on a bicycle and catching the goons who are in a car – check done and dusted. Whatever scope that a magical potion or chemical experiment had of making a superhero has already been done by normal heroes; so expecting an audience to get wow-ed at those things will be a tall order. We have been spoiling superhero movies with our machismo movies from the very day this industry started. Don’t you go blaming the crowd on this soup that you are in now?

If beating up guys will not drive crowds to the halls, will VFX do? Well, nobody is a fool these days; everyone has access to the Internet and exposure to if not world cinema then American cinema. Down there they have better VFX for their sitcoms that we have for biggest superhero movies. It is a bitter pill to swallow, but no one said life was an easy ride.

What Can We Do?

Well, we can develop a sound plot and hope that public rallies with us. However, for that to work, we have to keep so many variables in mind, other than the movie, that it is almost an impossible feat. Bhavesh Joshi would have fared a teeny tiny bit better if Veere di Wedding didn’t release alongside it. Whatever merit Bhavesh Joshi did have was overshadowed and eclipsed by a big budget movie that had all one needs to make a fiery opening – foreign locations, beautiful ladies, and lots and lots of angst that is leading nowhere. Also the fact that people are still reeling after Avengers Infinity War and are warming up to a Venom release, didn’t help matters.

Is The Superhero Genre Doomed In India?

Well, I am no one to ring the death knell on something, however, I can say that at this pace and this way of doing things, it’d be next to impossible to pull up a superhero that has a proper franchise and a cult following filling up the theatres.

At the very end, I am going to leave behind two musings. First, I was very excited when Anurag Kashyap said that he was going to make a movie on Doga. Doga has a very dedicated and loyal following and a movie on him would fulfil some of the important parameters needed to make a successful movie. Raj Comics said that they are mulling on it but the Kashyap Project has fizzled out. Second, Aayan Mukherji and Ranbir Kapoor have paired up for Brahmāstra, which is scheduled for a trilogy. It appears that Bahubali has given some steam for the biggies to open up their coffers once again, so let’s see if that goes anywhere. Also, long way back Amitabh Bachchan, who joins in on this Dharma Production’s trilogy, was involved in a passion project of Vidhu Vinod Chopra’s called Taalismaan, the teaser came out but later it was shelved because of financial constraints. I wonder what it could have been as a part of the superhero genre in India if it did not get canned.