[VoxSpace Selects] The Short Film : 5 Films Which Are More Than Just “Stories” 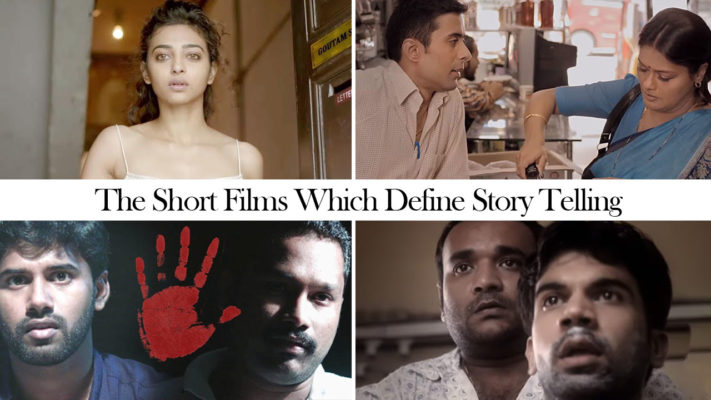 The Independent Genre Of Short Film-Making

According to me, short films should be capable of delivering a riveting experience with a compact meaning within a constricted time-frame that they are allowed with. One of the main objectives of a short film is to ensure that they are conjuring up a concrete image within the minds of the audiences, fetching their attention, and enhancing it in the process.  Many well-known directors have known to invest in the making of short films like Sujoy Ghosh, Anurag Kashyap, Adhiraj Bose among others. However, it is indeed heartbreaking to see a number of these short films not reaching out to the larger population, time and again, their viewership is restricted to the upper-middle class cinema lovers, the popularity of the films predominantly surviving within the span of different film festivals.

The art certainly requires a degree of dexterity on the part of the crew, from crisp dialogues to sequencing of scenes, everything needs to be accomplished keeping in consideration its capacity as a short film. With mediums such as Youtube and Vimeo, although short films have managed to gain an audience, it surely is lagging behind in case of mainstream or any full-length films. Over the recent few years, short films like That Day  After Everyday, Anukul, Chutney, Interior Café Night,  June 12 and Bombay Mirror have been made wonderfully and with a social issue in mind. As a result of this, short films have gained immense potentiality to attract a large number of audiences, something I believe is yet to come in its complete shape.

The brilliance of these films makes them something more than moral lessons or social documentaries, but an honest rendering of society and its beliefs. The success of these ventures relies on a larger extent on directors and their ability to make the audiences see the film from their lens.  Owing to its time span, digressions should be kept to the minimal and mostly connected to the subject. Therefore, in conclusion, apart from the educational value, that most of the recent short films have relinquished upon audiences, they should be valued for its subtlety of handling the setup, climax and resolution, building up concrete imagery in the mind. Short films should, therefore, be circulated more so that it can create a niche for itself amongst the mainstream audiences. If the magic of these short films fade once the film festivals are over, it would be heart-breaking for the artists, who have striven to create a difference with film-making as the medium.

Brave Storytellers, The Unsung Bards Of Our times

Directed by Mrinal Bahukandi, the films opens with a garish red wall decorated with photos, awards and recognition of martyr Uday Singh, as can be collected from the nameplate. What starts as possibly a monotonous irked voice conversing with somebody from a laptop service centre, the focus swiftly shifts towards the central issue, Islamophobia, of the father, Harish Singh. His deep-settled resentment might have ensued from his personal loss of losing his son in Pathankot terrorist attack.

However, the story does more than convey the pangs of a father lodged in a crisis. As sweet melancholy enwraps each scene, we are reminded about the absurd notion of religion-based prejudices affecting thousands from different social strata. It is only too evident in the contemporary times where prejudices have taken over better judgement. As the atmosphere changes from the hostility of the father towards Imtiaz Khan, a Muslim repairperson, to love and approval, the film transcends its context to a universal plane.

A lesser-known venture of Rajkumar Rao when compared to his City Lights or Newton, Bombay Mirror is a poignant depiction of communal tensions getting its grip all over the country. Within 3 minutes, the story manages to introduce the characters, set the tone, and create an atmosphere only to saturate it with fear stupefying the two characters into a state of shock and disbelief. What later follows acts as a hole sucking in the feeling of cosy friendliness that it had previously introduced. This film can definitely be viewed as an eye-opener and controversial, given the present political times which was already anticipated in the film four years back.

Needless to say that the film never received its due credits since it was never released in a formal manner! Bombay Mirror remains an extremely socially relevant documentary created by Shlok Sharma, director of Haramkhor, with the aim of creating a gripping thriller that would leave the audiences in a gasp of shock and disbelief.

Pressure Cooker is a very simple take on a young married woman’s, played by Pallavi Joshi, desire for romance and better reality, which however is as disgruntled as her pressure cooker in itself. Here, the pressure cooker is not just used as a random film prop but stands for the reality that the woman hankers after.

The film somewhat propagates a life within harmonious domestic periphery even at the cost of personal desires, yet remains a beautiful piece of poetry, more so with the retro Hindi songs punctuating each scene filling it with emotions and nostalgia.

The Malayalam short film deals with a number of pertinent issues like rape, abuse, misuse of political powers and deceit contributing more to the “chaos”. Pullingam is shot mostly in semi-darkness which promotes to a numbing fear coupled with its background score.

Spanning a bit more than 8 minutes, director Shahin has been deft in conveying his message of a complete degeneration of society that has taken place in the name of law and order and politics.

These films are intricately associated with the society, yet they have failed to thrive within the greater population. These films have sunk back to a very complacent place after receiving critical acclamation. We need to take these films out of the closet, to celebrate and appreciate the liberal approach and courage of the directors, that they have invested in their endeavours. The genres of these vary from psychological thrillers, drama, fantasy to sci-fi, unknown to many of us due to the relative lack of publicity, that many short budget film-makers face.

A film’s success does not singularly depend upon its critical acclamation, more so if it is solely restricted to a few privileged audiences. Given the fact that some of these films like Ahalya, Kamera would always remain timeless, efforts should be made to bring these in front of mainstream cinema lovers.