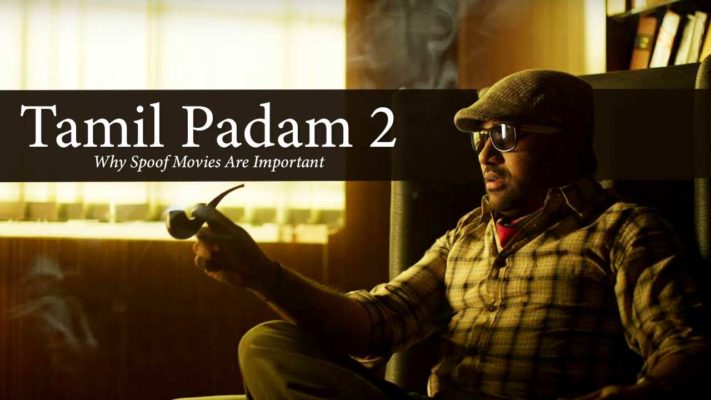 Spoof Films Are Much Needed In Today’s World

All of us are familiar with the concept of how movies and entertainment continually evolve with the society and the people it caters to. If we delve into any piece of entertainment at any given time, it will show a reflection of what society enjoyed at the time, as well as the mentality of the same. But there’s a flip side which people tend to be unaware of. The same entertainment which we enjoy and is a reflection of us is also a beacon of what society should be looking forward to. With my recent viewing of Tamil Padam 2, I walked out knowing there was hope for Indian cinema and its tired tropes just yet.

Tropes, The New And The Old

I believe spoof movies are a great way for the industry and the fans to see which trends are prevalent in cinema, which ones deserve to stay, and which deserve to be left behind.

In Tamil Padam 2, there are a number of tropes which are parodied.

Indian cinema, in general, gets a lot of flak for being unimaginative, and for the most part, I’d have to agree. Most masala films are the same recipe recycled and rehashed to death.

But the same recipe which we all hate becomes a major pressure point, which Tamil Padam 2 likes to poke fun at.

The invincible and benevolent hero, the crazy villain, the incredulous plot, and the beautiful heroine waiting to fall in love with our hero, all of these are present in TP2, just as they would be in any other masala flick.

But as with any parody, TP2 takes the tropes and turns them on their heads, making them enjoyable even if you haven’t watched all the movies, yet have an idea of what Indian movies are all about.

But where this movie stood apart from the pack for me is with the social commentary, and it’s something I believe the film industry sorely needs.

Admittedly, it took me another watch of the movie to understand the first instance of criticism TP2 has for society, with the clashes prevalent in caste and religion. This is nothing new because we’ve seen serious films present caste and religion as a topic of interest, to try and promote unity. But, for me, it wasn’t this particular topic which stood out.

It was when the hero, Shiva, falls in love with a typical fair-skinned and beautiful girl, where this really stood out to me. Shiva, along with his friends, is contemplating how to get Ramya (played by Iswarya Menon) to fall in love with Shiva. His friends say, “Run after her, stalk her, follow her everywhere, and she’ll finally fall in love with you. It has to happen because you are the hero.”

For me, this was the best moment of the film, even if there were many other moments which made me cry out in laughter. It took a direct and focused pot shot at the Indian film industry, which all-too-often showcases the hero character harassing and stalking a female lead until she finally gives in and falls in love with him.

For those of us who have already understood the concept of why stalking a woman to make her fall in love with us doesn’t work, this might be nothing new. But we forget this is a concept which can frequently elude others who are more worshipping of cinema stars, and try and ape their on-screen antics in real life. In taking this potshot, this scene forced, or at least forced everyone to acknowledge two things-

I think if this movie had ended in this scene, I’d already have been satisfied, but thankfully, it didn’t. Because it went to the next level.

Another thing TP2 does as a sequel is understood that society is changing. The original Tamil Padam was released in 2010, and eight years is a long time for society to radically change, and even more so with the rapid explosion of the Internet in everyone’s hands.

The younger generations, the 16-30-year-olds, have grown up in a way which is drastically different from how our parents grew up, at least when it comes to consuming media.

C.S. Amudhan understands this and frequently makes references to a foreign pop culture like Game of Thrones, James Bond, and others, while still connecting it to our own evolving media like the time travelling Surya movie, ‘24’. 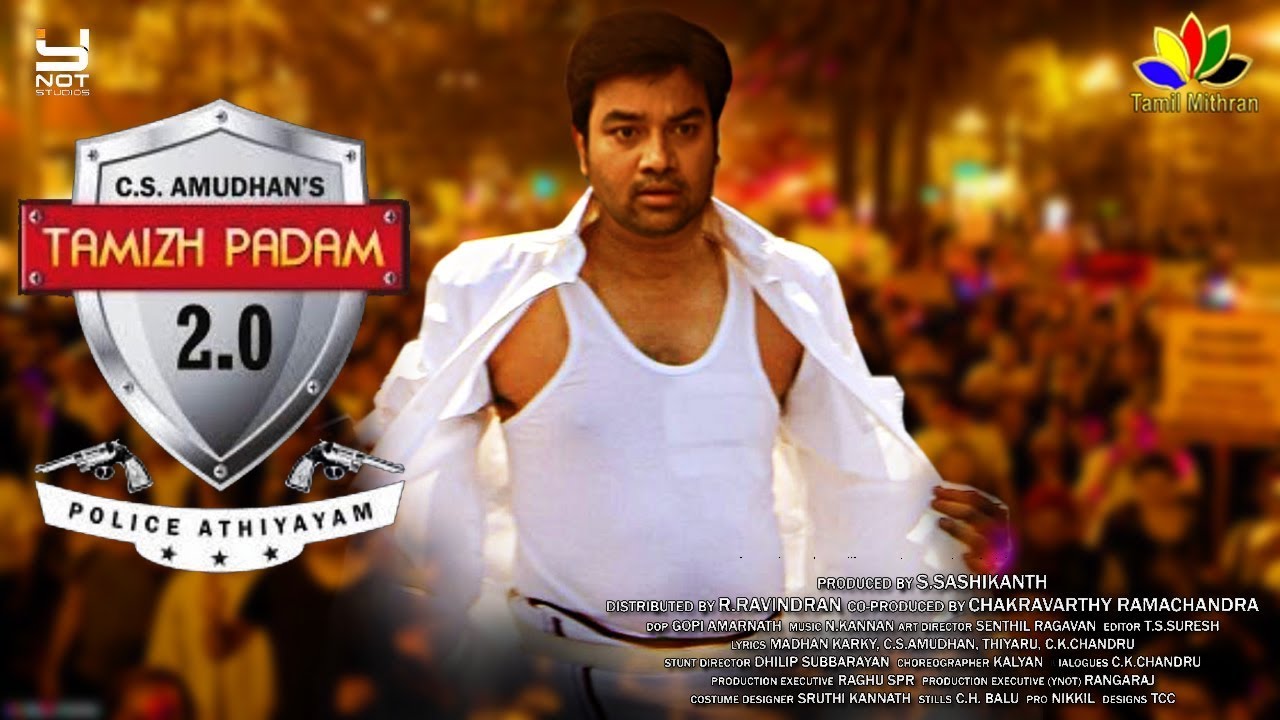 TP2 understands the time where we all sat around the family television watching Kolangal and Metti Oli is the past. We’re not content to sit around and watch a family drama for hundreds of episodes, just to get some paltry conclusion because someone’s father died. We’re looking for new and fresh concepts in the medium, without all the rehashing which happens in modern cinema and television. And if you’re in the film or TV industry, I’d say this is an alarming wake-up call to evolve or get left in the dust.

With new players like Netflix and Amazon Prime entering the market, it will only be the ones, with the most inventive of ideas, who will stay afloat.

For me, I never considered spoof movies to be anything more than mindless chuckles if I had an hour or two to spare. But Tamil Padam 2 takes the spoof movie concept and uses it as a way to deliver a sharp and `clear message to both the industry and the audience, that we are evolving, and that we need to evolve more. And if C.S Amudhan can keep this going, I’d love to see a Tamil Padam 3 in another eight years from now.