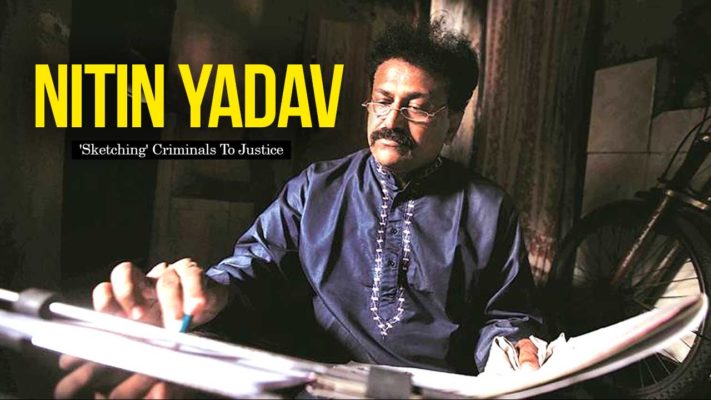 From Jack The Ripper To Dacoits Of Bengal, Criminal Sketching Is As Old As History

Long before the advent of Range-R to target criminals, our imperial ancestors had to grapple before curbing the cult of dacoity and highway robbery in Calcutta and its rural outskirts. In 1830, the East India Company established the Thuggee and Dacoity Department to douse the flames of dacoits running loose in parts of the then undivided Bengal. On opening the archives, one might find graphic sketches in an array depicting well-known criminals. And of course, one might find a sketch or two of some of the most gruesome crimes that were rampant during the time, like a group of dacoits stabbing victims’ eyes before throwing their remains into water bodies.

It might not be considered a phenomenal way to crack criminal cases now, but in a pre-independent India, it had a huge role to play in stopping the brutality. The job summoned the sketcher’s intuitive capabilities, analytical skills, and grip on science. The departments relied on these handmade portraits sans the sophisticated touch of portrait-making software.

Criminal sketching, albeit a dying art now, has been invaluable for any investigation.  Unfortunately, there is hardly any full-time jobs left for artists, who can benefit from this talent for their daily bread. Authorities are finicky when consulting sketch artists and most of the times they are  not adequately paid.

Among other prominent polished sketch artist is Lois Gibson, who has her name listed in ‘The Guinness Book of World Records’ for being the world’s most successful forensic artist.

However, the scenario is a bit different in India. There are people who take up this art as their profession, by living in chawls and juggling 2-3 jobs at a time.

Life is not always a bed of roses for people who are consulted for criminal sketching, there is neither enough money nor police protection for famed artists. Those with a firm experience and reputation in this domain tend to make around 400 to 1000 each sketch. Since there is not enough work, it becomes difficult to make decent money for a living.

The Journey From Billboard Making To Quarrying Criminals

The story of Nitin Yadav is slightly different with a twist in the plot! Yadav, a primary school art teacher, started off his career painting billboards, posters, and one day by sheer luck, he was asked to sketch a city map, a city hounded by robbery. It was his extra source of income to keep his family together after his father lost his job in a textile mill. 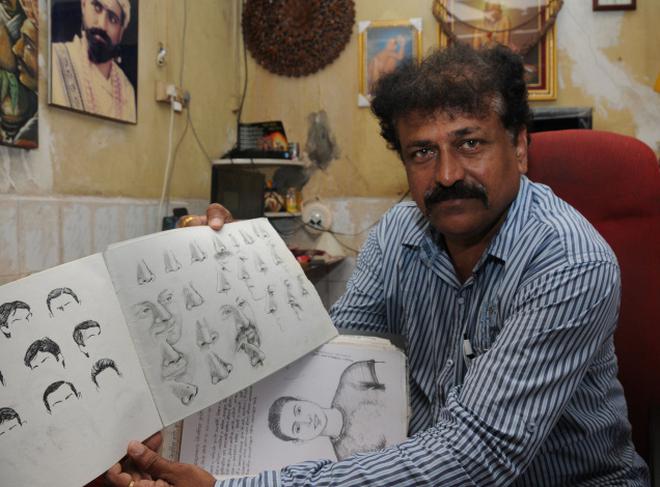 Since then he must have done hundreds of sketches for free and has come a long way before he could be revered by others and have his photo printed in local newspapers.

“It’s been 28 years and I have made 4,000 sketches for the police, in which around 450 sketches helped detecting the case. I have charged nothing for making sketches for police in these 28 years. After SSC, I became a drawing teacher, which I always wanted to be apart from wanting to be a police inspector. But I prefer being a drawing teacher because this way I have time to teach students and I am called by all the police station for making sketches,” said Yadav, in an interview with the The Indian Express.

He has assisted police with several cases, and what brought him into the limelight is the sketches of the perpetrators of the gang rape of a Mumbai based photojournalist in a textile mill. As police barged into his house late at night, Yadav was given precisely two hours to bring into life three sketches based on witness’s account.

Not A Sketchy Affair!

Yadav presently teaches at BMC’s Chembur Education Society’s primary school, and it is a job that provides him with immense pleasure- to part with something as his legacy that he has nurtured within him for so long. Often at times, he gets intimidating phone calls, anonymously. Yadav is pretty determined on using his mastery to help police catch the perpetrators.

He keeps a folder by his side in his office, loaded with hundreds of sketches he has done for police over the decades. Although today, there are quite a few organizations that require certified courses before hiring sketch artists, Yadav has learnt gradually, evolving as he did odd jobs during his early 20s.

Yadav gives an interesting glimpse into the mechanisms of his art and its subsequent success in solving a crime. He infers that children tend to have a photographic memory and one can yield the most accurate sketch by helping them slowly in the visualization process. Last year itself, Yadav had helped police identify the culprits in 15 cases, all involved in brutal crimes.

It has been 25 years and Yadav’s expertise is still relevant in an era where forensic tools for investigation have taken over manual portraiture. Yadav is conscious of the perils that come along with his popularity, yet he desires to continue investing his talent in order to mete out justice. His experience has honoured him with awards and recognitions albeit with a considerable share of hazards and risks.