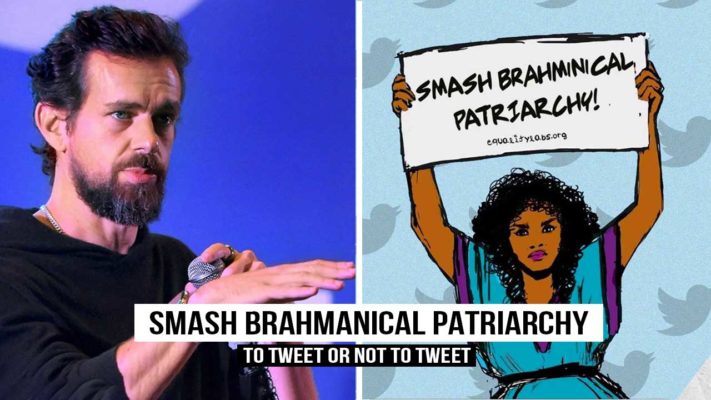 Can Tyranny For Some Be Propaganda For The Others?

The “Smash Brahmanical Patriarchy” post on Twitter, that went viral following a closed-door meeting on 9th November, included prominent faces like Barkha Dutt, Jack Dorsey, Vijaya Gadde and Sanghapali Aruna. We have seen a lot of mudslinging since then. As Gadde went on to apologise, Barkha Dutt vehemently ridiculed the apathy that Twitter has shown towards a malaise that has seeped uniformly into the bedrock of Indian society- Caste Hegemony.

Such was the sorry outcome of addressing the elephant in the room, on a well-advertised and “democratic” social networking platform- Twitter. Even Jack Dorsey, the CEO of Twitter was not spared of public rancour owing to his neutral reaction towards the angry mob.

During Twitter CEO @jack‘s visit here, he & Twitter’s Legal head @vijaya took part in a round table with some of us women journalists, activists, writers & @TwitterIndia‘s @amritat to discuss the Twitter experience in India. A very insightful, no-words-minced conversation 😊 pic.twitter.com/LqtJQEABgV

The placard, originally designed by Thenmozhi Soundararajan, a Dalit-American activist and artist, was consequently parodied and dragged down to the nadir, for spreading hate mongering and propaganda. Twitterati’s synthesized hate speeches that overflowed since the post was made public, made explicit the social decay with a zealous proclamation- caste supremacy is here to stay as a solid bedrock that supervises the functioning of Indian society.

It saddens me to witness the steady annihilation of Soundararajan’s self-determination to extricate justice, abolish caste system, and engage victims, placid observers, and participants of the system through her art and activism. Brahmanical patriarchy is not a myth and since the placard cannot be separated from the ruckus that it created, it has now become a subject of chuckles and innuendoes. 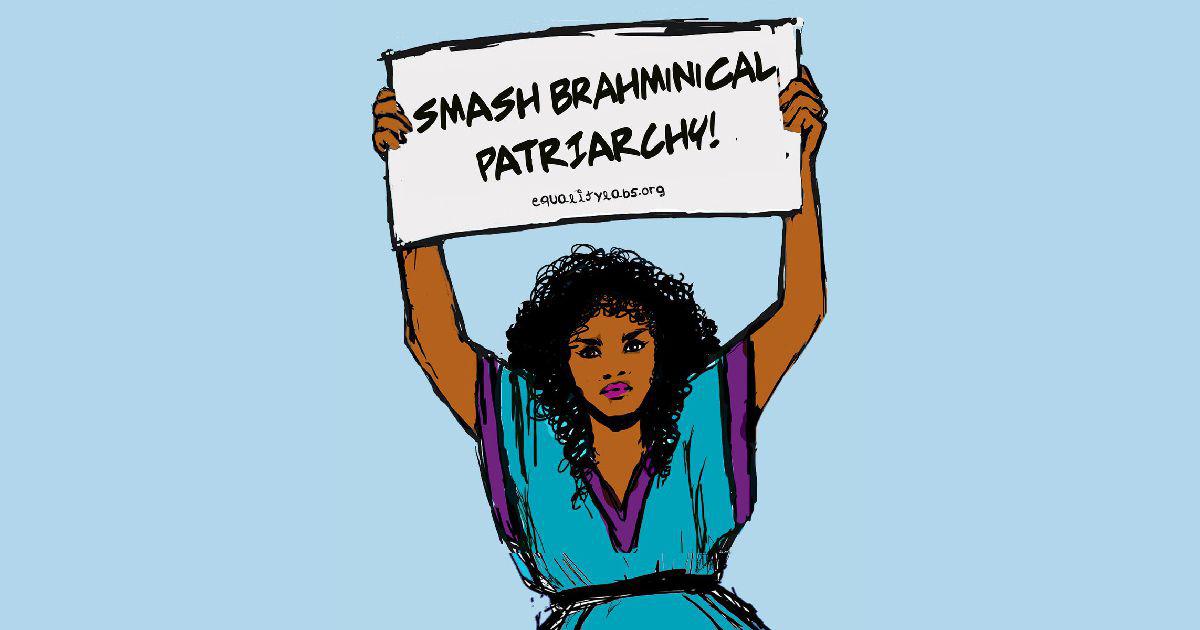 Facebook is overflowing with derogatory posts, as some others chose to liken the event to an Antisemitic propaganda, which is hilarious because the same furore would not have been caused had Dorsey just vouched to smash the patriarchy.

Twitter might declare their community to be “apolitical”, by cowering under their ignorance, but these women waging personal wars every single day, cannot afford to be so. To these women, there is one reality beyond the one ascribed by their caste identities.

One Word, Two Evils, Many Voices

The poster had one purpose- to destroy the two finely enmeshed systems of evils that have subdued a section of society, generation after generation, into poverty. To be frank, “Brahmanical” and “patriarchy” are two words that do not condemn or target individuals, but a brotherhood that hinders social progress, and the victims are not a group of Individuals, but a nation that once vowed to “awake to life and freedom.”

As Gadde went on with her apology, “we should have been more thoughtful…” she simultaneously fuelled more hate-mongering and rhetoric. Choosing a dicey platform, and with speakers like Jack Dorsey and Vijaya Gadde, made Dalit activists pay the price by being blamed for “maligning the society against Brahmins.”

Why Twitter is the worst place for supporting a socially important movement like ending Brahmanical patriarchy? The answer to this is the outright ignorance that Twitter has flaunted. You cannot address every issue standing on the podium of popularity surrounded by glitz. Sanghapali Aruna, one of the members of roundtable meeting, has confessed that the decision to pose with the placard was more or less a spur of the moment and ironically enough, CEO Jack Dorsey had no blooming idea about casteism in modern India.

In sharp contrast, earlier this year, when Asha Kotwal, general secretary of All India Dalit Mahila Adhikar Manch reported to UN Human Rights Council about casteism and organized crime against minorities in India. How many had the audacity to ridicule it? Or condemn it as anti-Hindu?

In a nutshell, the best alternative is to remove Gadde and Dorsey to make room for women who are on the receiving end of caste oppression. They are victims of acid attacks, honour killings, rape, and molestation, women who are instead to be found in their courtyard, lest they should forget about their caste identities. Bring out the victims from every remote corner, hand them the placard, and make them join the protest. If one group is infuriated at the prospect of ending Brahminical Patriarchy and the other is apologetic about it, better let them be.

The ensuing inaction of the other members presented in the meeting on 9th November is a disgrace to every voice that stood against blatant atrocities of the caste system, one of them being Brahminical patriarchy.

About time we know better about the feasibility of certain social networking platforms in guaranteeing an equal land for everyone.

India is one of the largest markets for Twitter, but it cannot assure any constructive dialogue to end caste hegemony, a feat achieved by Facebook this year. In 2018, it decided to censor and eradicate caste slurs made on its platform existing in every possible regional language.

As Twitter promises itself to be ‘apolitical’, taking a neutral stance at the face of open hate-mongering, refusing to take any accountability, it upset thousands of people who had hoped for disseminating information through its platform.

Brahminical patriarchy is not a myth if one takes into account the importance caste affiliations have in urban and rural regions. This is not a personal vice but a nation’s dishonour, unconstitutional and something everybody should be ashamed of. It is enraging to see educated people like Gadde and CEO Dorsey, conscious of their privilege and fame, not reporting serious accusations like “anti-national” and “anti-Narendra Modi government” labelled against journalists and activists present in the meeting.

It is not that Gadde’s last name has been kept out of this caste identification conundrum, she too has been identified as somebody belonging from the ‘kamma community’, and yet we are veiled to believe that caste-based violence and Brahminical patriarchy exist only in fairy tales. Why is Twitter not taking up actions against abuses? Why such a remorseful attitude towards the culprits? Out of fear for losing out on a promising Indian market?