[VoxSpace Life] Amidst Spite And Controversy, The Maddening Spree Of The 2019 Academy Awards 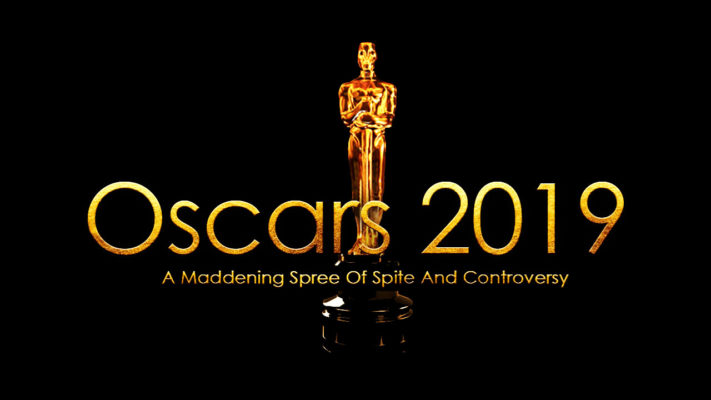 The Academy Awards never quite shook itself free from the strain of high-pitched controversy. Started in 1929, it is no longer a humble ceremony commemorating good cinema with gold-plated statuettes. It is a painful dilemma to point at a single factor that has elevated the Oscars to its present laudable position.

Let it be politics, fashion, on-stage protests and confirmation bias, the Oscars have seen it all. From Marlon Brando’s rejection of the Oscar to the naked parade of Robert Opel in the 46th Academy Awards, the Oscars have enjoyed its fair share of tittle-tattle. Will this year be any different?

The Ingredients Of 2019’s Publicity Avalanche

Debates regarding the relevancy of Oscars, in the light of sexual abuse, pay disparity, minority oppression and gender bias are not news. Adding insult to the injury, Academy is still struggling under its dwindling viewership when compared to a decade ago. During the 40s, Oscars was regarded as the yardstick for cinematic gems, the unquestionable authority that has flung some of the most ostentatious soirées ever.

In 2018, Nielsen Report announced a staggeringly low 26.5 million viewers of the Jimmy Kimmel hosted Oscar night and the third least viewed Academy Awards of the century. It was also the year Oscar reached the crescendo of its long-brewing storm of serious accusations.

President of The Academy of Motion Pictures Arts and Sciences, Cheryl Boone Isaacs snubbed in some fresh insult on the face of 2016’s white-skin-dominated Oscar nominations – “We have got to speed it up.”  The last minute “best popular film” was quite like a boomerang thrown aimlessly at Oscar’s shrinking popularity.

These minute details conjure up one interesting deduction about this year’s gala night. With Kevin Hart stepping down as the host, the 2019 Academy Awards is certainly going to be the most undaunted, inclusive, diverse and controversial Oscar fete till date, even if just to jolt up the viewership rate.

The Academy has done everything possible to do away with its elitist stamp. With Black Panther, Roma, A Star is Born and BlacKkKlansman the Oscars 2019 is all equipped to stamp out the insult it inflicted on Fast & Furious back in 2015.  Like Green Book, we have a queue of nominees in significant categories, films both diverse and politically correct. However, critics still observe that the Academy, afraid of losing its popularity, has radicalized itself to seek validation in viewers’ approval-

“Hollywood now emulates the quota system and affirmative-action stunts that govern unfair public affairs. Accolades for films such as BlacKkKlansman and Vice go beyond mockery; they announce Hollywood’s political frustration through its poor taste. The fun is gone.”– film critic Armond White writes in National Review

It is mildly bemusing to anticipate whether #OscarSoWhite would be doing the rounds this year, but you can never quite rule out its controversy quotient. This year, two determinant factors trumpet the onset of the Oscar debacle. Five white men make the profile of Best Actor nomination- Bradley Cooper (A Star is Born), Christian Bale (Vice), Viggo Mortensen (Green Book), Willem Dafoe (At Eternity’s Gate) and Ethan Hawk (First Reformed). Secondly, the Best Director Category is packed with men, with Greta Gerwig being the fifth women ever to be nominated in the category last year, 2018.

Considering the records, 2019 marks the 86th time the Academy has maintained an all-male squad racing for the Best Director’s trophy.

“It just shows how much work we still have to do, and it’s heartbreaking really that some extraordinary work has been overlooked yet again by the Academy.”- Kristopher Tapley to Variety.

Oscars Then And Now

The Academy Awards are surely going to be a ‘popcorn’ entertainer, recuperating from the huge TRP loss over the last years. After all, a hostless Oscar night, reminiscent of the 60s and 70s, can confound the worst gossipmongers. Forget about the TRP rating, let’s say the Academy Awards itself stands as a symbol of humiliation and conquest. Why? Over the last few years, the Academy has wagered on around 1,400 new electorates to bring into a spectrum of change.

As a result, Oscar fans could witness a creature-based fantasy (The Shape of Water) claiming the Best Picture Award and James Ivory winning the Best Adapted Screenplay with Call Me by Your Name, a gay coming-of-age drama.  It was quite an improvement after Brokeback Mountain (2016), Carol (2015) and Blue is the Warmest Colour (2013), some of the critically acclaimed queer films, were systematically kept out of the vicinity of the Oscars.

Homosexual/trans actors, who form a minority in the industry, find miniscule recognition at the prestigious ceremony.  If you Google, you might stumble upon 9-10 known faces belonging from the queer community, holding the award, but very few of them are actors. In my humble opinion, the Academy is a far cry from constructing a culturally inclusive pantheon of artists ennobling great cinema.

Speculations on whether the Awards can douse #OscarSoWhite burning at the heart of it or reinforce some fresh rancour is the hot potato of 2019! Nonetheless, amidst the hubbub let’s not forget the Oscars have so far survived with pomp and glory irrespective of its sequential scandals and backlash.