[VoxSpace Selects] Review Of ‘Hey Bhagwan!’ : Adaptation Of Is God A Taoist Walks On A Tricky Road 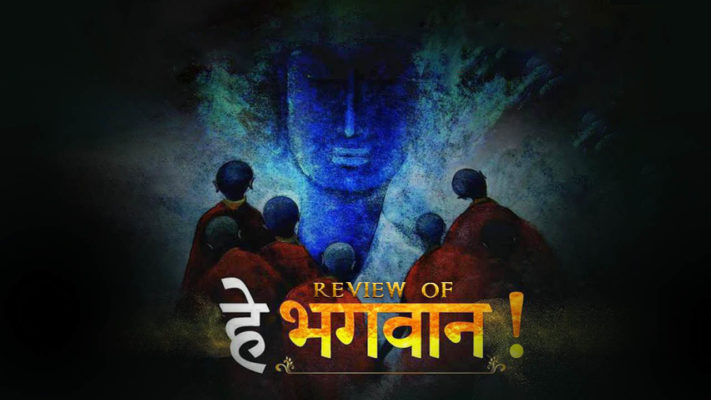 A conversation with God! Questioning his or her existence, morality, right and wrong, consciousness and many other issues. Posited as a dialogue between the “creator” and the “creation”, the play casts a wide net, causing the audience to evaluate their beliefs too.

Ajinkya Bhosale’s attempt at steering the audience through a set of tricky ideas fares well but fails to pack a punch. Any rational human may have experienced similar thoughts at some point in time, engaging in debates with friends and family even. But how many of us have had the opportunity to converse directly with the big G, God?

This is where the play should have sunk its hooks into the viewers, unfortunately, an indifferent and unconvincing performance by Ajinkya Bhosale took the sheen away. Tejas Mahajan was convincing as a jittery, naive, nervous and confused young man yet he chose to nonchalantly converse with god, creating a dissonance in my mind.

This was the first time the play was performed in Hindi and it showed. The dialogue wasn’t fluent and sometimes the gestures and the actors’ bodies carried the play forward, while the lines fell flat. I guess having performed this in Marathi, the actors had established chemistry and rhythm and found it easy to slip into it, instead of being present to their attempts in Hindi.

I hope the actors are able to iron these minor issues out in their subsequent performances. Watch the play to know if God provides all the answers to the young man’s queries.