[VoxSpace Selects] Review Of Majili : An Endearing Love Saga Which Works For The Most Parts 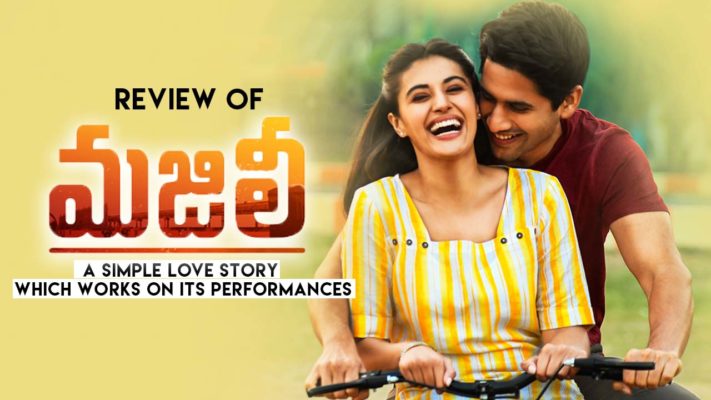 Majili – A Love Story Which Ages Into Life

Director Shiva Nirvana who rose to fame with his directorial debut ‘Ninnu Kori’ comes up with yet another love story which takes the theme of love failure. ‘Majili’ revolves around Poorna (Naga Chaitanya) a talented cricketer who wants to make it big. He falls in love with Anshu (Divyansha Kaushik), the daughter of a Naval officer (Atul Kulkarni) However, like many love stories, destiny has other plans and the couple is separated. A Few years later, Poorna, now a failed cricketer turns alcoholic, still reeling under the burden of his past. He is married to Sravani (Samantha) and is also in a lot of ways, dependent on her. The rest of the story is about how Poorna comes term to his present situation and gives his love and life, a second chance.

Naga Chaitanya comes up with measured performance and the transition from an innocent teenager to a failed alcoholic husband is evident through his eyes. This will surely rank as one of his best performances. Divyansha exudes a lot of confidence and makes a promising debut. Samantha, who is on a roll at the moment, plays a devoted loving wife to perfection. This role reminds us of her role in the Tamil film, ‘Thanga Magan’. However, in Majili, her character has more emotional depth and tugs your heart. Suhas of ChaiBisket fame as Poorna’s friend gets some good lines and makes his presence felt. Rao Ramesh and Posani Krishna Murali as the supporting cast play their part well and bring the house down with their one-liners. Subbaraju does well and although his character could have been etched better, it does explore another layer of cricket and the effects of politics within the story.

The Technical Things Which Work…

In terms of the story, Majili doesn’t really offer anything new. Even when one looks at the trailer, it is almost evident of what the story is about. However, it is how the story unfolds which makes it interesting. Here is where director Shiva shines through because of his nuanced and poignant writing. The climax is a testimony of not just his writing but also of his ability in extracting good performances. Overall, if not for the runtime and it’s predictability elements, Majili is a feel-good film which will rekindle your experiences of love, loss and pain.